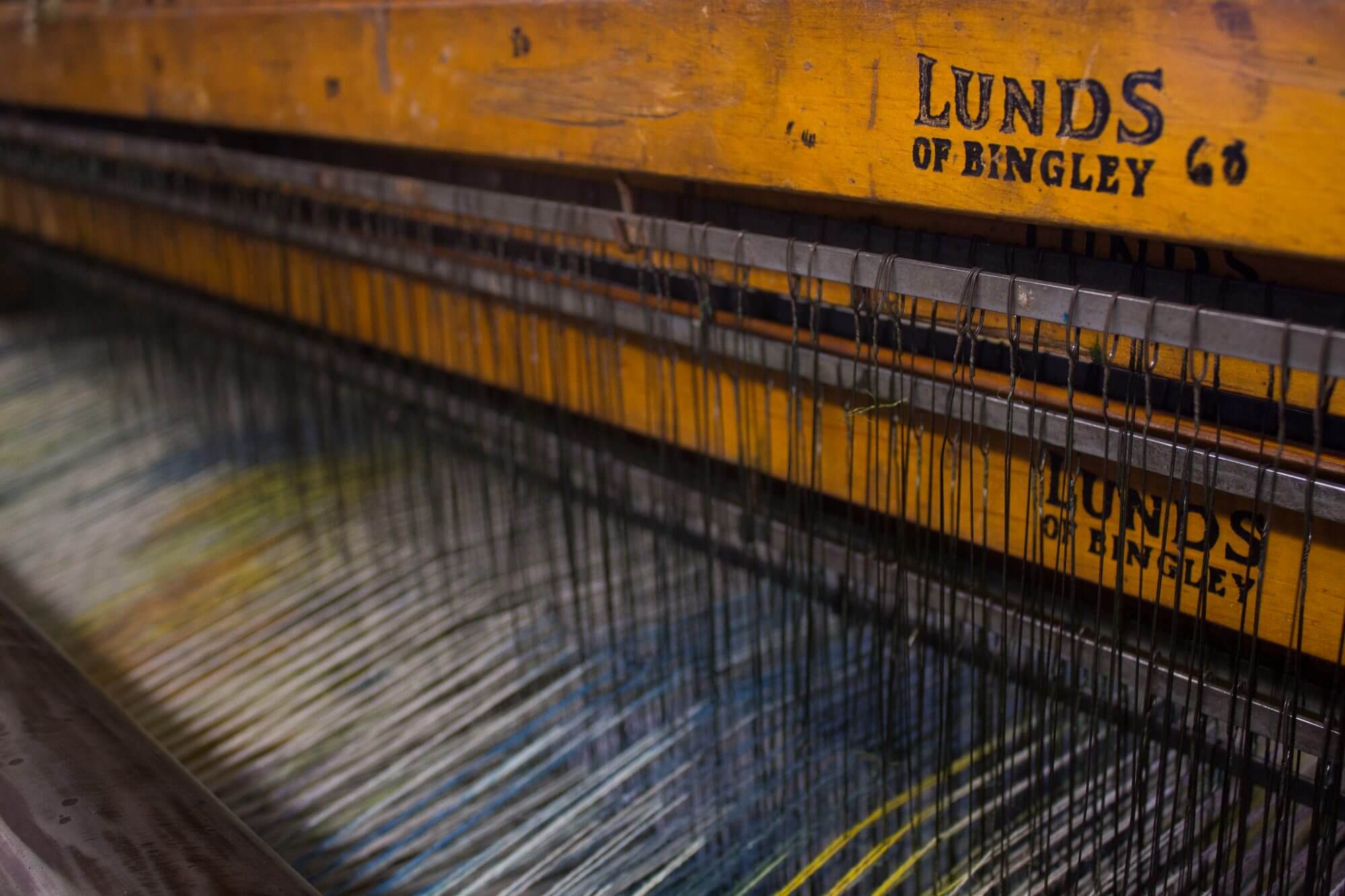 Daniel Harris is the founder of the London Cloth Company. Established in 2011, it is the first micro-mill to open in London.

Daniel is one of the sitters for Historic England’s I am London exhibition. His is the fifth in a series of guest blogs published throughout the exhibition.

One of the great benefits of being based in
London is the abundance of innovative, intriguing and multifarious creative projects taking shape in the city. At London Cloth we’ve been lucky to work with such an exciting and varied range of artists, designers and creatives throughout our first five years.

Whilst the initial interest in the company may have been tinged with a shade of disbelief or incredulity over someone with no weaving experience attempting to restore and use a rusted, incomplete, 1930s loom that had spent the previous fifteen years undisturbed in an often-flooded welsh barn, the substantial interest was nevertheless encouraging and heartening.

Far from the anonymous, self-focused, unneighbourly persona that London is often tarred with, the early years of London Cloth relied hugely on the kindness of friends, neighbours and unwitting passers-by giving up their time to help make the idea a reality. From driving over-loaded vans up and down the country to lugging endless lumps of cast iron machine parts from one place to another, re-creating a small-scale, early twentieth century weaving mill behind the unassuming doors of an East London commercial unit has, for us, been something of a community project.

As commercial space within the M25 gets increasingly unaffordable, or simply non-existent, it’s becoming more and more difficult for small-scale, independent businesses to locate themselves within stable creative communities. This is particularly true for companies that manufacture on-site, and require considerably more space than simply a desk with a power socket.

At London Cloth, we were lucky enough to find viable spaces to grow the business in relatively central East London locations (Dalston and Clapton), taking advantage of a closeness to the creative hub to make connections and build a reputation within the East London community.

Being within a short tube, bus or cycle ride from Central London meant having a plethora of potential clients almost at our doorstep: from independent fashion brands to high-end designers, film and stage costume designers, upholsterers, artists, and everything in between.

Being surrounded by people eager to engage and open to ideas has given us opportunities to experiment. A great example of this was our ‘London Tweed’ grown and woven in London. We collected up the fleeces of sheep from as many London city farms as possible, got it processed and spun into yarn, before weaving a limited run of 100% London Tweed. Unfortunately there are no wool processing, spinning or finishing facilities within or around London, but we would very much like to further the capacity for locally-sourced, locally-made fabric.

Another favourite recent project devised with designer Martino Gamper involved dying a warp while it was woven. The unique cotton fabric was then used in panels on the ceiling of the dining room of the Marksman pub on Hackney Road.

Throughout the first five years of the business, we’ve been eager to share the story of the company, the history of our machines and the magic of the weaving process through regular open days held at the mill. It’s always such a great mix of people with often very varied reasons for coming – from an interest in textile design or fashion, to a fascination with the machinery or a family history of textile production.

Alongside these city-centred local projects, we’ve been able to make connections with brands from all over the world, selling to Japan, Amsterdam, Germany and China. For us, this epitomises London’s ability to encompass both the local and the global.