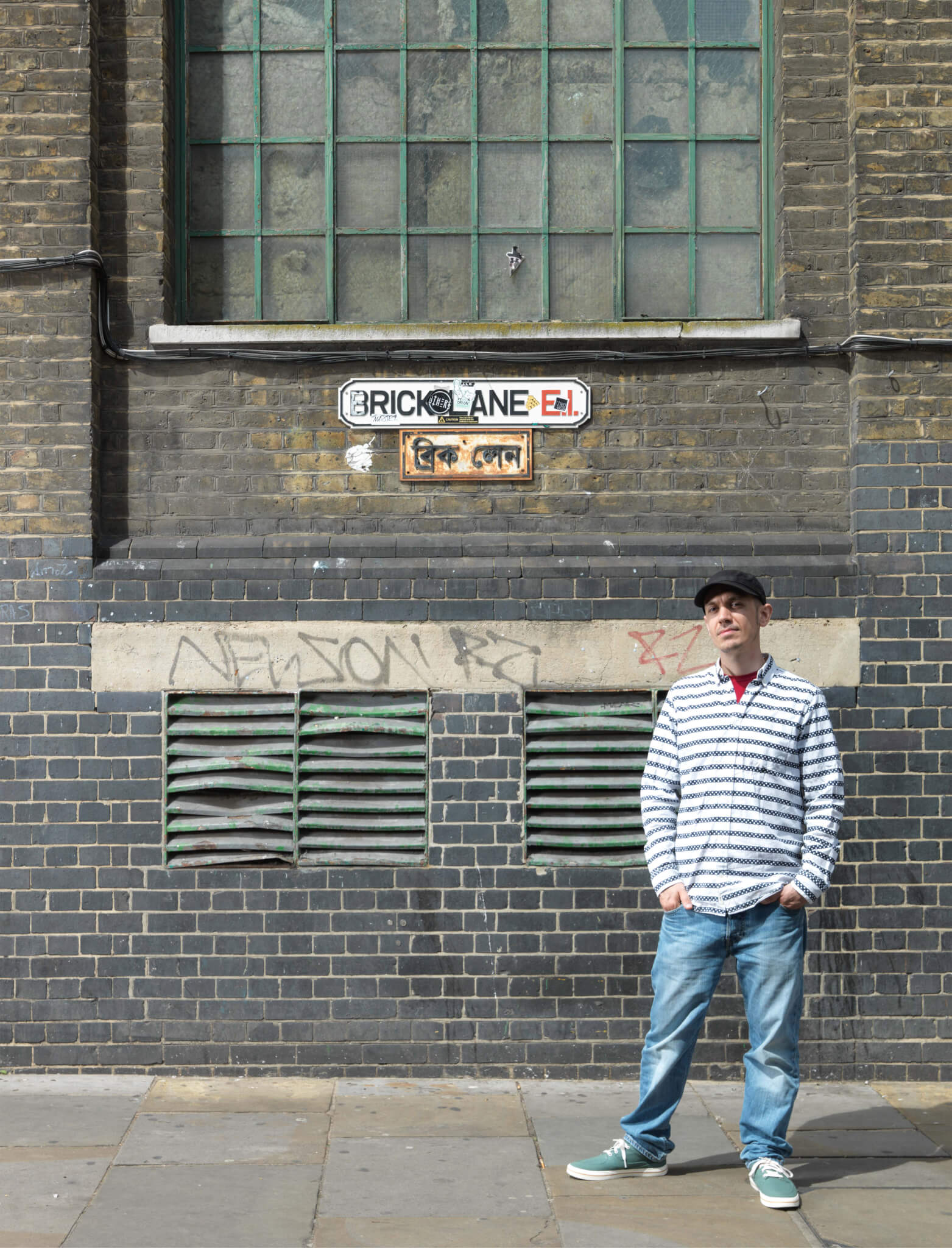 Our exhibition I am London celebrates the capital’s unique and complex identity. 59 fascinating Londoners have been photographed in historic places that mean something to them and, in turn, show the city’s heritage is the building blocks for its future. Among well-known faces are unsung heroes, each photographed alongside a building which means something to them.

We asked people to put themselves forward to be our 60th portrait sitter, by answering the same questions our other Londoners answered: what historic place would you save from another Great Fire of London? Where would you choose to be photographed? Our winner is announced below, and their portrait takes pride of place in the exhibition.

Marytn says “I come from elsewhere in the UK and have lived in London for 11 years. I grew up in an extremely xenophobic household. It was a tough childhood where reason was never listened to. London’s multiculturalism felt like the perfect escape and start of a new life for myself. I’ve been happy ever since.”

We received so many inspiring responses to our call out for Londoners. Here are a few of our favourites.

“As an ultra-runner I have run all over town. London is a vibrant city with a very long history but … so much is off the beaten track or unknown to even the most knowledgeable of locals. These locations reflect the history of London just as much as any historic place.”

Paul would save Chequer Street EC1, the oldest surviving wooden paved road in London, from another Great Fire of London.

Paul is currently on number 13 marathon of 50 marathons in 50 days, fundraising for the British Red Cross. You can follow his journey here.

Wood was introduced in the Victorian era as it was quieter than granite cobbles under iron-rimmed wagon wheels, and safer for horses than stone or tar. However, it was harder to keep clean, absorbed smells – and needed great skill to lay. In 1846 when the City of London decided to replace wood with granite paving slabs, members of the general public took to the streets to procure the wooden blocks for use on their home fires.

“My top choice would be St Mary-le-Bow in Cheapside that I would like to save from another Great Fire. They say a true Cockney must be born within the earshot of the sound of its bells. When I was teaching English in Russia I was fascinated by the variety of dialects and accents, Cockney among them. I would also save the Mosque in Brick Lane which started as a protestant chapel later to become a Synagogue. It is so London! “

Lyubov recently started a blog about free events in London.

St Mary-le-Bow was founded around 1080 as the London headquarters of the Archbishop of Canterbury. The medieval church survived three collapses before being completely destroyed by the Great Fire of London in 1666. It has since been rebuilt and is Grade I listed.

“I am passionate about art and architecture in the unique square mile of the City of London.
The place I would save is Postman’s Park – home to G F Watts fascinating Memorial to Heroic Self Sacrifice. The memorial not only commemorates the nobility of ordinary heroes that gave their lives saving another;  the artist himself and the fascinating craftsmen that helped him to realise his dream but a memorial to a specific moment in history. A peaceful haven within the hustle and bustle of the City; a place available to all; a place for quiet reflection on so many levels – a place of time outside of time.”
As well as being a designer, Alexandra is also an official City of London Guide. You can follow her here @ArtGuideAlex
Postman’s Park memorial shelter dates from the late 19th century and is Grade II listed as a curiosity.

“If there was another Great Fire of London, I would save Barney the tree, the wonderful London Plane which has been growing since at least 1666! Barney is hidden just across the road from the London Wetland Centre in Barnes, SW London. It is a ‘Great Tree of London’ but few know it is there! “

London Planes make up over half of the city’s tree population, having been planted on mass in the late 19th century, in a bid to clean up the city’s air.

“Were there to be another Great Fire of London I would save the urinal at Vauxhall bus station; not only does an open urinal seem inherently out of place in 21st century London but its placement on a traffic island in the foreground of the SIS building is particularly absurd.

When you combine its post-modern architecture and Johnston typeface lettering it makes for a truly priceless piece of London.”

Nigel is a member of London’s oldest surviving allotments on Northfield Avenue in Ealing, dating from around 1830.

“I think that I’d save St Olaves church just around the corner from Tower Hill underground station. I don’t actually consider myself a Christian but love the sense of history in a site that Samuel Pepys used to describe as “our little country church”. I also like the rather odd and enigmatic skulls carved into the archway ”

The Church of St Olave, Hart Street is Grade I listed, and a rare surviving example of the medieval churches that existed before the Great Fire of London.

0 comments on “We Are London”