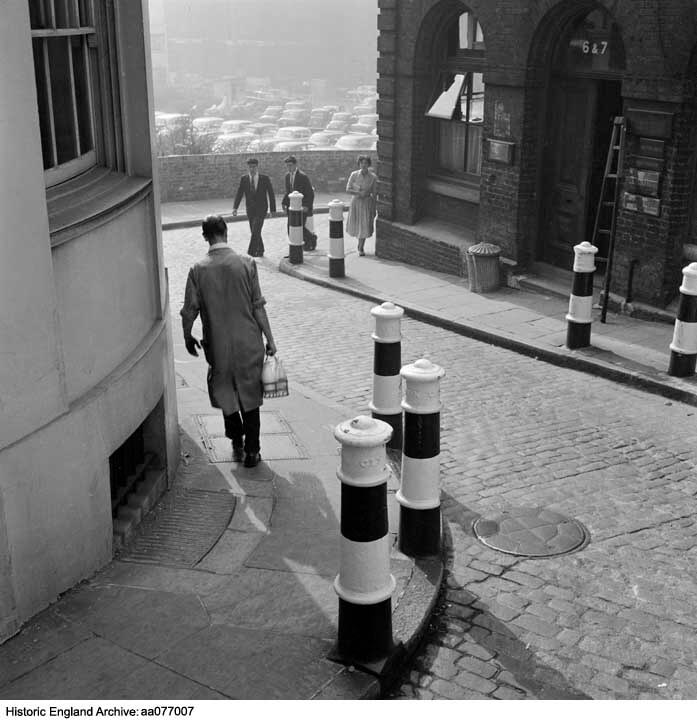 Street furniture probably isn’t the first thing that comes to mind when you think of protected heritage. But our high streets and country lanes would be a poorer place without the milestones, lamp posts, horse troughs and bollards that collectively remind us of how very different from today our streets once were.

As our busy roads are adapted to accommodate modern transport schemes, these small elements can easily be swept away. Significant pieces are protected by listing so they remain to tell their stories.

If our listed street furniture could talk, here’s some of what it would tell us:

How it was once healthier to drink beer than water

Until the provision of a public supply of drinking water, private companies had a monopoly on a water supply that was often contaminated. Once the connection was made between contaminated water supply and the spread of cholera, the introduction of public drinking fountains was enthusiastically supported.

The Metropolitan Drinking Fountain Association was set up in 1859 to provide free drinking water that was filtered to ensure purity. Owing to associations with evangelical Christianity and the temperance movement, the drinking fountains were often placed in church yards or outside pubs to give people an alternative to alcohol.

In the 19th century, live cattle, sheep and pigs were transported to town centres to be bought and sold at market, and horses were a vital form of transportation. Charities like the Metropolitan Drinking Fountain and Cattle Trough Association and other philanthropic individuals funded public drinking troughs for horses, cattle and dogs. These days, many of the remaining troughs are listed, and have found a new use as planters for public flower displays.

About ‘pay as you go’ roads

By the 19th century, the Turnpike trusts maintained a network of 30,000 miles of road. Travellers had to stop and pay a toll at around 8,000 toll-gates around England and Wales. This was a time when travel was so arduous that most people walked, few would ever travel further than 14 miles from their own home and any journey by coach included the risk of ending up stuck in mud. In summer the toll fee went up because the turnpike trusts would water the roads to reduce the choking dust kicked up by fast moving carriages.

In the 18th century, turnpike trusts were required by government to provide milestone markers, many of which remain today and are listed as important historical structures.

How the Royal Navy transformed our streets

During Pax Britannia (a period of relative peace in Europe and the worlds from 1815-1915), the Royal Navy transformed both its vessels and munitions. Wooden boats were replaced with steel hulls, and sails with steam; cannon that were no longer needed were put up for sale.

There’s an urban myth that many of our iron street bollards are made out of cannon, captured from the French at Waterloo. In reality, most bollards were manufactured for purpose, with the odd exception of a Royal Navy cannon turned bollard, such as in Portsmouth and King’s Lynn, many of which are listed.

About the war effort

The absence of many of our old railings and signposts points to our fears of invasion and shortage of resources during the Second World War. Many of the elaborate iron gates and railings that bordered townhouses and parks were removed during the 1940s- over a million tonnes by September 1944- in what was a unifying civilian effort and propaganda success. It’s less clear how, or in fact whether, the collected iron was actually used.

Another item of street furniture often removed during the Second World War was sign posts. This was done to confuse would-be invaders and unfortunately not all were reinstated when that risk had passed. Some of the diminishing numbers of ‘finger’ signposts are listed, usually when their design or context is of particular interest.

Is there some unusual street furniture near you? You can now map search the List using your postcode, and see which listed structures are nearby – you never know what you might find.

For the first time, you can get involved in keeping the List rich, relevant and up-to-date. We are opening it up and asking people and community groups across England to share their knowledge and pictures, so we can record important facts about places, and even unlock the secrets of some. Many places and buildings on the list are well-known and even world-famous. But in some cases there is much that remains unknown. That’s why we need your help – so we can share images, insights and secrets of England’s special places, and capture them for future generations.

Find out more and enrich the list at HistoricEngland.org.uk/ListEngland

7 comments on “If Street Furniture Could Talk”