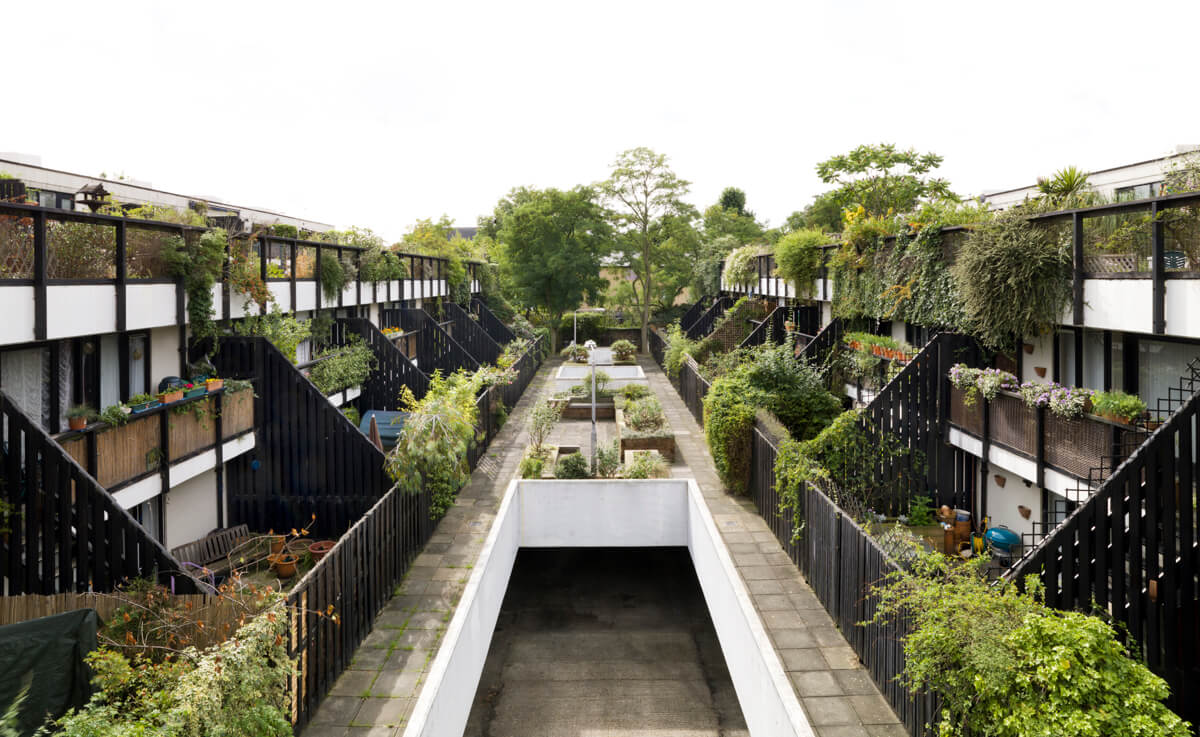 Architects from around the world have lived and worked in England in relatively small numbers for several centuries. In particular, the 20th century saw a large influx: many of them refugees fleeing the political situation in Europe. Their contribution to the built environment is undeniable, and they are responsible for some of the most important buildings of the 20th and 21st Centuries.

Born at the turn of the Twentieth Century, Amyas Connell came to Europe from his native New Zealand initially to study in Rome. Connell moved to London to work in 1930. One of his earliest designs was the Grade II* country house High & Over, which is listed as being ‘of outstanding importance as the first truly convincing essay in the International style in England.’ The house was designed for the archaeologist Bernard Ashmole, and according to John Betjeman ‘scandalised the whole of Buckinghamshire’ with its futuristic, sleek design.

After spending time in Paris, the Russian Jewish architect Berthold Lubetkin settled in London in 1931.  He considered architecture to be a vehicle for social change and improvement, and soon founded the Tecton Group (also referred to as Tecton) with a group of British architects that included Denys Lasdun, designer of the Royal National Theatre.

Tecton designed many notable buildings, including the Penguin Pool at London Zoo, multiple buildings at Dudley Zoo, Highpoint I and II, and the Finsbury Health Centre.  The latter was one of Britain’s earliest, modernist public commissions, and its function was to improve the health of the local community, whilst its form intended to lift their spirits.  Ultimately it was inspired by Lubetkin’s belief that ‘nothing is too good for the workers’.

Goldfinger left his native Hungary as a young man: travelling first to Paris and then London.  In 1934 he moved into a flat in Lubetkin’s Highpoint I with his wife and son, and became one of England’s most important architects, designing numerous schools as well as vast swathes of social housing.  He is perhaps best known for his two mighty icons of Brutalism that adorn east and west London, the Trellick and Balfron Towers.

Born in Berlin in 1883, Walter Gropius was an architect and founder of the Bauhaus School.  Though short lived, the school had vast international influence: its students and teachers were responsible for some of the most iconic pieces of Modern design.  Denounced as ‘degenerate’ by the Nazis the school closed in 1933, and its members scattered across the world.  With the help of Maxwell Fry, Gropius was able to escape and arrived in London in the mid-1930s where he worked on the Isokon project with his former colleague Marcel Breuer, both of whom lived in the eponymous building in Hampstead (designed by the Canadian architect Wells Coates.

After studying at the Architectural Association (AA) in London, the American architect and artist Neave Brown worked for Camden Council on its radical post-war social housing drive (alongside the Hungarian Peter Tabori).  Brown rejected the tower-block style of social housing, believing that residents needed their own outdoor space and front doors to the street.  In 2014 he became the first living architect to have all of his work listed: a terrace in Dartmouth Park, the Dunboyne Road Estate and the Alexandra Road Estate.

Another graduate of the AA, Scott Brown was born into a Jewish family in what is now Zambia in 1931.  She came to London to work for the Modernist Frederick Gibberd and to study, before moving to America to attend the University of Pennsylvania.  Throughout her career, Scott Brown has been vocal about the discrimination against women in architecture – she was notably overlooked for her contribution to the Sainsbury Wing at the National Gallery, for which her husband Robert Venturi won the Pritzker Prize in 1991.

In 2013, Zaha Hadid supported the campaign to recognise Denise Scott Brown as a Pritzker Prize laureate – in 2004, Hadid had been the first woman to win the award.  Born in Iraq in 1950, she also studied at the AA after initially studying Mathematics in Beirut.  She founded her own practice in London, and the firm’s first major project was the Vitra Fire Station in Germany.  They were also behind the design for the London Aquatics Centre – the diving and swimming facility built for the 2012 Olympics and now open to the public. She was highly decorated, winning the Stirling Prize twice as well as being awarded a CBE.

This is the first major book to study English architecture between 1945 and 1975 in its entirety. Challenging previous scholarship on the subject and uncovering vast amounts of new material at the boundaries between architectural and social history, Elain Harwood structures the book around building types to reveal why the architecture takes the form it does.