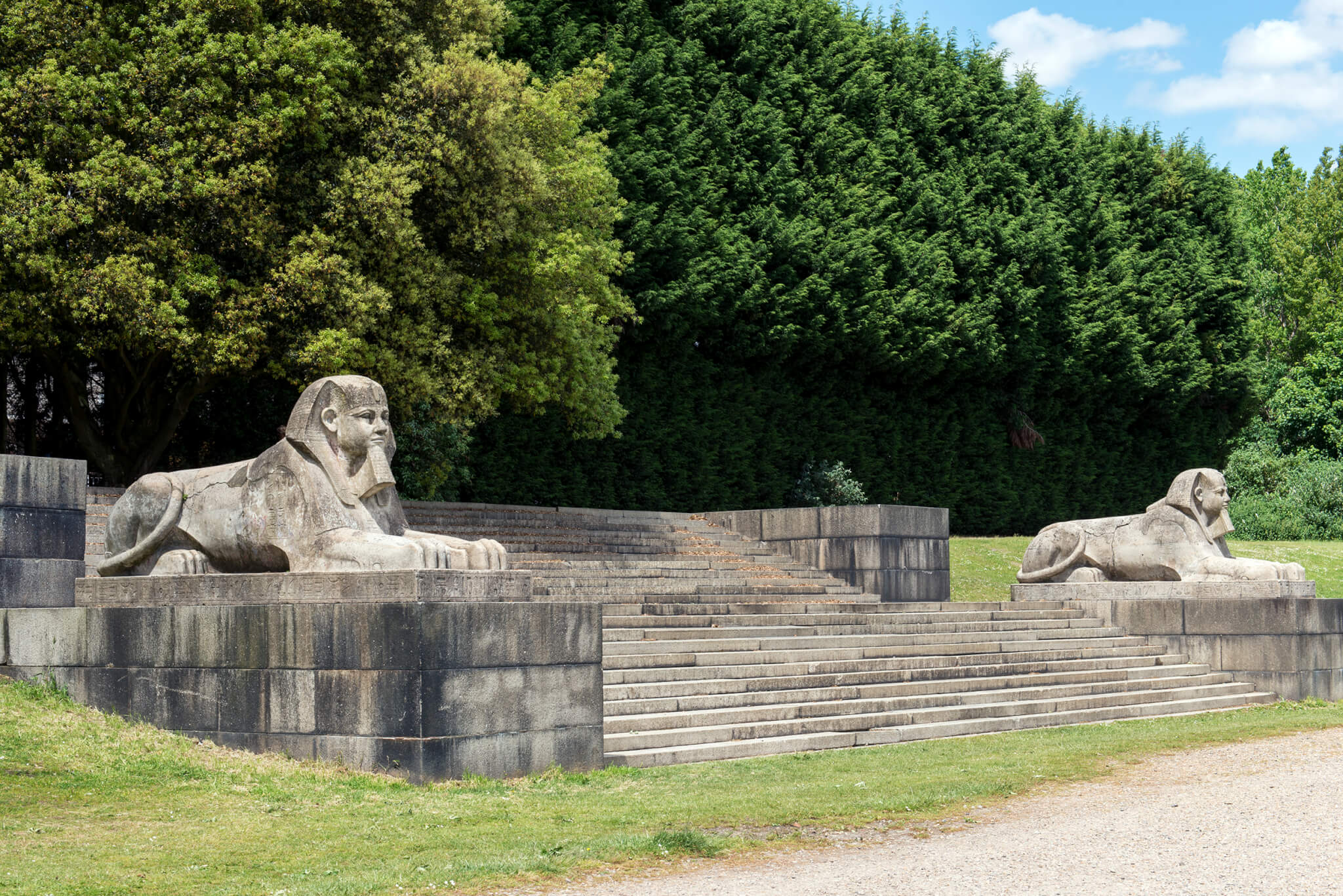 Have you ever wondered about that grand mansion set into the hills of your local park or public garden? Perhaps there are the crumbling remnants of what looks like some kind of castle or fort?

You may have considered where these structures came from and why they’re still there, existing in a seemingly original and potentially repurposed state. A large number of such structures are protected by listing, and when identified can tell a story about their locality and how we came to be surrounded by beautiful public parks and gardens. You can search the National Heritage List for England (NHLE) to find out more about listed park and garden structures near you and across the country.

How the park came to be

Nowadays public parks are commonplace, often owned and maintained by local government. We can thank the public park movement of the 1830s for this, which saw a number of landscaped spaces laid out in response to urban overcrowding. Before this, much land was privately owned, its structures and surrounding gardens designed in a form befitting the wealthy proprietor. In some cases, as rich estate owners moved around or failed to attribute an heir, their land was returned back to the public domain. These public spaces offer a fascinating insight into the high life of the time.

There are very few true medieval structures still in existence, due to their typically impermanent construction and subsequent remodelling over time. Bodiam Castle in East Sussex is a superb example of a surviving medieval moated fortress set amongst sprawling gardens. The castle is said to have been built in 1385 by Sir Edward Dalyngrigge, a former knight of Edward III. The most recent owner, Lord Curzon, donated the castle on his death and it has since been owned by the National Trust.

The first incarnation of Kenwood House is thought to have been built in the early 17th century and was expanded and remodelled by its various owners over the years. Most notably between 1764 and 1779, on the behest of William Murray, 1st Earl of Mansfield, Scottish architect Robert Adam transformed Kenwood into a neoclassical villa. The property, including an extensive collection of artworks and the surrounding grounds, are free to be enjoyed.

There are a number of reasons why a structure within a park or garden may be listed, not just because of their age. Bandstands are a common feature in many public parks and first appeared in the 1860s. Often decorative and primarily constructed from cast iron, bandstands were created to delight the general public with musical performances, further encouraging the use of the park as a place to socialise and relax. Due to the prevalence of this type of structure the quality, rarity, date and condition are all factors that determine whether it is given listed status.

A world-renowned park feature, the Crystal Palace Dinosaurs also hold great scientific and historic significance. Created by Benjamin Waterhouse Hawkins, the statues survive from the Victorian pleasure ground of the early 1850s and are considered to be the first attempt at a life-size dinosaur sculpture in the world.  A number of the designs were interpreted from existing specimens held at history museums around the UK, and represent the most up to date scientific knowledge of the time.

Not all Castles are Castles

Particularly in the 18th century, it was fashionable for wealthy landowners to commission structures entirely for decorative purposes, which we refer to now as Follies. Romantic ruins, castles and temples were popular and at times made reference to the political or religious interests of the family. One of the largest urban parks in Europe, Roundhay Park boasts over 700 acres of parkland, lakes, gardens and a number of intriguing structural features. The Roundhay Park Castle was commissioned by Thomas Nicholson and built in 1811 as a summer house and venue for small social gatherings.

Existing in spaces now garnered for public use, these structures have an individual and rich history, which informs their protection by listing.

What’s your favourite garden or park? Let us know in the comments.

1 comment on “A Brief Introduction to Garden and Park Structures”