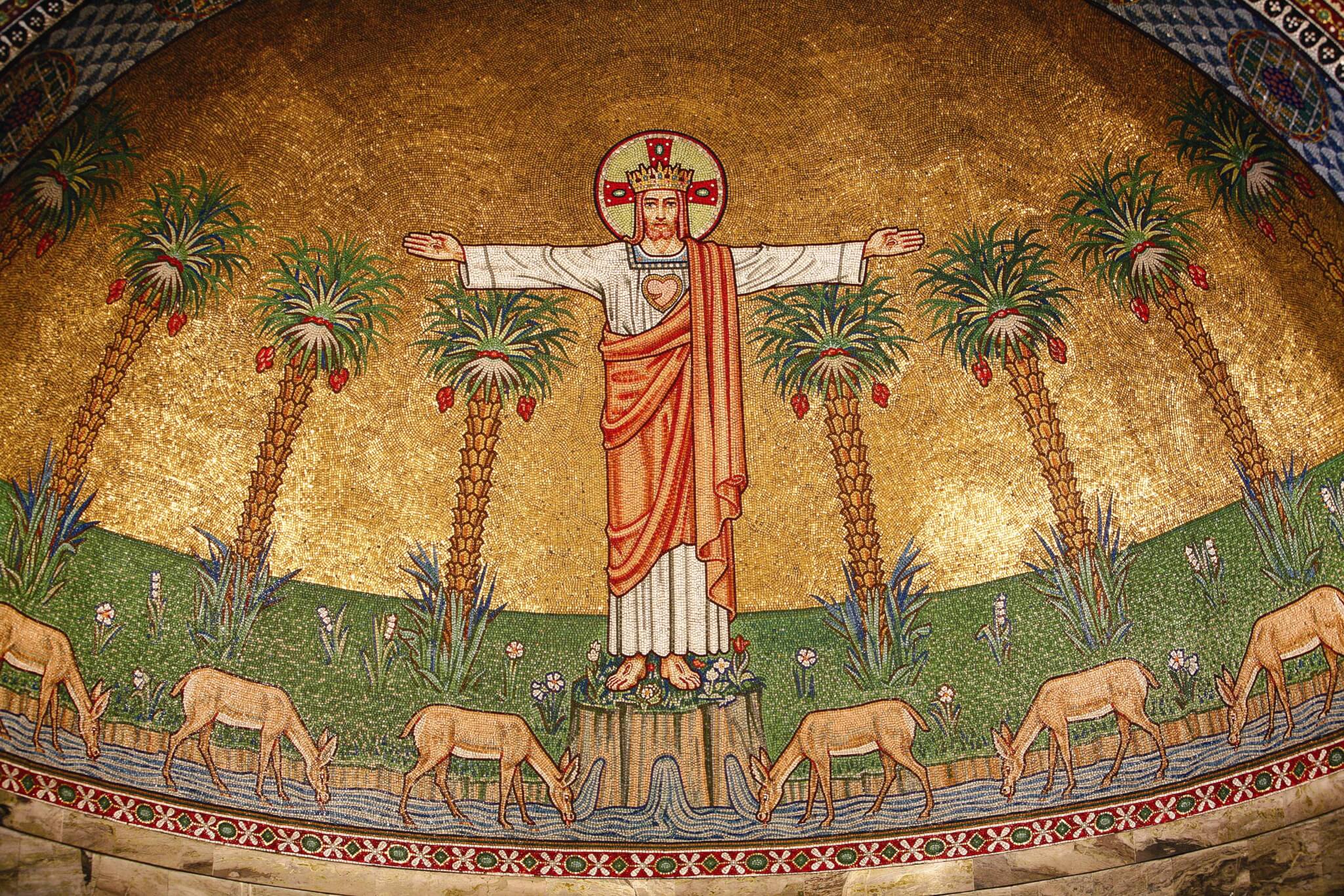 Despite being clothed in over 1,200 hectares of coniferous plantations, the Ennerdale valley retains evidence for human occupation from the Bronze age through to the present day. New historic sites to have been identified include prehistoric cairnfields, numerous medieval settlements, and longhouses and an ironworking site.

A fortuitous survival of earthworks representing a small part of a Romano-British field system which once extended for over 20 sq km across the Berkshire and Wessex Downs. The earth banks of the main field boundaries in the scheduled area stand over 1m high, and slighter traces of banks representing subdivisions of fields can also be seen.

Listed Grade II*, the memorial remains a prominent feature within the Pleasure Grounds and together with the adjacent town hall it forms part of the civic heart of the seaside resort of Bournemouth, as first envisaged by Decimus Burton in the mid C19.

In the early C20, breweries were encouraged to sign up to the Movement to Improve Public Houses to reduce excessive drinking. A new type of pub emerged where, it was said, a man could ‘take his wife and family without hesitation.’ The Tally Ho bears the hallmarks of these ‘improved’ pubs, with signs and friezes which depict hunting scenes that conjure up comfortable images of ‘Olde England.’

Eels, pie and mash have long been a gastronomic signature of Cockneydom. This shop’s presence on the high street is marked by a glazed hardwood shop-front and black-and-gold Vitrolite signage, as well as an immaculately preserved interior featuring white-tiled walls with inset mirrors and ornamental garlands, timber seating booths, and white marble surfaces. This extraordinary survival testifies to the high quality of materials and craftmanship.

Scarborough lays claim to being the country’s first seaside resort, with the development of a mineral spring as a spa in the C18. The South Cliff Railway was designed to provide passenger transport to and from the Spa Pavilion, which was at the foot of the South Cliff, and was the country’s first funicular railway. Two counter-balanced coaches were linked by cable, originally using water to change the balance causing one carriage to rise and one to fall. South Cliff Railway was converted to electric winding in 1934 and still remains in regular operation.

Designed by the highly-regarded local architect John Johnstone in the Italianate style, the Institute is a commanding presence on its corner site offering eloquent testimony to the cultural and educational aspirations of the community. Amalgamated with the Literary and Philosophical Society of Newcastle upon Tyne in 1879, the Institute became the first free library on Tyneside.

Originally built as a modest villa in the 1860s the house was enlarged during and after the First World War to create a palatial residence for MP W Grant Morden, befitting its owner’s great wealth and new-found status as an English country gentleman. In 1934 the estate was acquired by Charles Boot, who in partnership with the millionaire J Arthur Rank, set about developing it as one of England’s premier film studios.

A carefully designed funerary landscape conceived by the notable Arts and Crafts artist Mary Watts. Its focal point, the stunning Watts memorial Chapel (listed Grade I) is an outstanding example of Mary’s work, along with an ensemble of cemetery buildings and funerary monuments of exceptional architectural and artistic quality including the cloister, terracotta grave markers and well head.

Originally the estate of a medieval nunnery, Kirklees park is a good example of landscape improver Richard Woods’ work. His landscapes were generally less expansive than those of his contemporary Lancelot ‘Capability’ Brown, being more concerned with providing pleasure grounds and varied walks incorporating points of interest.

The landscape around Barnsley was once dominated by collieries but since the pit closures that followed the 1984 Miners’ Strike, few tangible remains of the coal industry survive. Barnsley Main Colliery closed in 1991 and unusually, although much of the site was cleared, the winding engine house and the structures over the shaft were spared. It is a rare surviving marker of the Yorkshire coal industry.

From the C18 Denton was associated with the manufacture of better-quality felt hats, made from beaver and rabbit fur, and by the early C20 Denton was Britain’s pre-eminent hat making centre. Though hundreds of these modest home workshops must have existed in Denton, they have now all but disappeared. This workshop, almost certainly a hatter’s,  is thus an extremely rare survival of a once common building type.

This large reinforced concrete structure, clearly visible from the shore at low tide, is an evocative reminder of the greatest seaborne invasion in history, the D-Day Normandy landings on 6 June 1944. The floatable Phoenix Caisson represents one of the major British engineering achievements of the Second World War and this example is one of only six in British waters and survives remarkably intact, missing only its temporary anti-aircraft gun mountings.

The two Civil War battlefields sites near Lostwithiel are the first additions to the Register of Battlefields. The Lostwithiel Campaign was the culmination of a long-running conflict enacted in Devon and Cornwall between the Parliamentarian force led by the Earl of Essex and the Royalists led  by King Charles I. The battles which took place were among the worst defeats suffered by a Parliamentarian army during the War, and among the Royalists’ greatest successes.

It took craftsmen Maurice and Thomas Josey the greater part of 12 years executing a series of mosaic murals designed by the artist Gabriel Pippet. The scheme fills the entire church and four side chapels with a series of spectacular, shimmering biblical scenes. The representation of water, rippling and glittering, pays tribute to the fame of Droitwich from Roman times onwards as a saline spa.

Archaeologists today describe the enigmatic prehistoric carvings of the northern uplands as ‘art’ and the outcrops on which they occur as ‘panels’, and we know that most were created in the Neolithic and Early Bronze Age. The North East Rock Art Designation Project has scheduled 17 sites comprising 65 individual panels.

Built as a private cricket and entertainment pavilion, the small, single-storeyed cricket pavilion with a verandah facing the cricket pitch, was designed in the Vernacular Revival style and is a rare example of a pre-1914 cricket pavilion, restored to its original condition between 2011 and 2013.

Built at a time when Preston was being developed as the centre of the Central Lancashire New Town and when road was rapidly overtaking rail as the favoured mode of mass transport. The form of the building relates very closely to its function, providing well-lit spacious accommodation to passengers while minimising the vertical supports which would clutter the circulation of both people and cars.

A remarkably well-preserved 2.5 km stretch of Watling Street, one of the country’s principal Roman roads. The name derives from the Anglo-Saxon Wæcelinga Stræt, ‘the street of the people of Wæcel’. Its line was largely followed by later turnpikes and by the modern A2 and A5, but this section is one of the few where the line of the Roman road has been diverted from.

This is one of the finest surviving station complexes in East Anglia, built during the heroic age of railway construction and consists of the station building, the Railway Tavern, and a row of two-up-two-down cottages wedged into a narrow plot between the noisy platform and the station master’s house which, in contrast, is surrounded by a large and pleasant garden. This arrangement gives a fascinating insight into the social and architectural hierarchy of a mid C19 station complex.

Signal boxes were once commonplace features of our railway system, built from the 1850s to a great variety of different designs and sizes. There were over 10,000 in 1948, but today there are fewer than 500. This project set out to list a representative sample of the principal types of these survivors, which will help ensure that these highly distinctive components are protected for years to come.

These 21 historic buildings and sites are highlights from the Designation Yearbook 2013-14, a free to download pdf which features casework undertaken by English Heritage’s Designation Department.