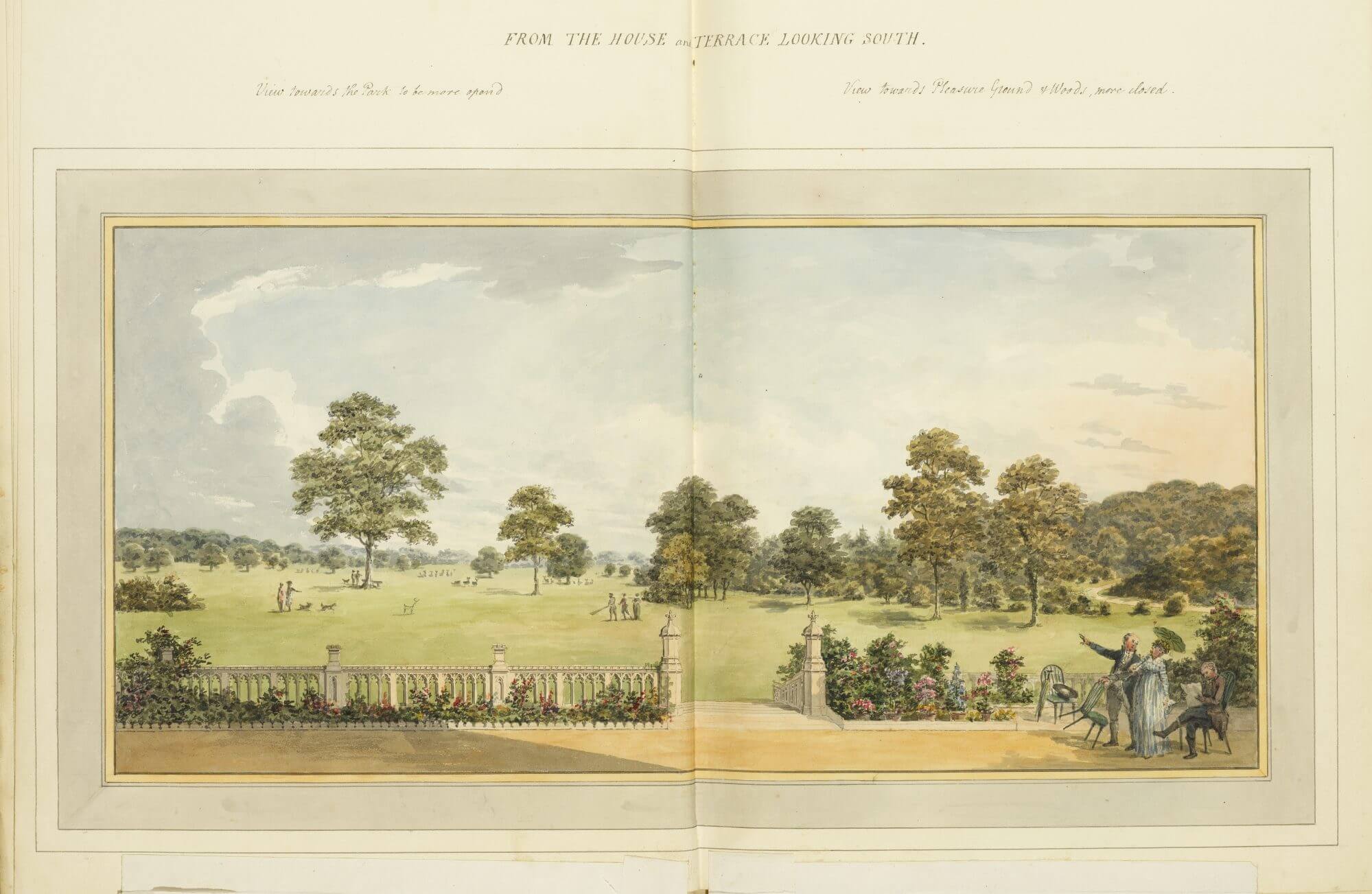 Humphry Repton, the last great landscape designer of the Georgian era, advised on some 400 schemes across a 27 year career. Repton filled the void left after the death of Lancelot ‘Capability’ Brown in 1783, and linked the 18th century landscape tradition with the gardenesque movement of the early Victorian era.

Much of Repton’s life and career played out in the East of England. He was born in Bury St Edmunds, Suffolk on 21 April 1752 and attended grammar school in Norwich.

By 1773, after unsuccessful starts in various trades, he purchased and ran a small estate at Sustead near Aylsham in Norfolk. It was at this time that he began to learn about land management while also cultivating his knowledge of planting, landscape gardening and botany from friends and associates.

In 1788, at the age of 36, he set himself up as a ‘landscape gardener’ – a phrase he coined himself. His first paid commission was for Jeremiah Ives at Catton Park near Norwich in 1788.

By 1790 Repton was the pre-eminent landscape designer of the age. His approach was firmly rooted in the 18th century landscape tradition, and his early commissions closely followed the style of Capability Brown.

However, unlike Brown who was a contractor as well as a designer, Repton operated as a professional consultant advising his clients on how best to lay out and ornament their grounds, often leaving them to implement his ideas as they saw fit. In many cases this involved the production of one of his famous ‘Red Books’ where he set out his recommendations in words and illustrations in neatly bound leather volumes.

During Repton’s lifetime the choice of garden plants grew exponentially with new introductions from around the world. Ideas about planting schemes moved on from showcasing individual specimens to massing plants and shrubs for their colours and textures that herald our own gardens today.

We’ve just issued a new short report on choosing plants for those restoring gardens from this late Georgian period.

He developed a unique form of illustrating his ideas through before and after views, painting the existing scenery on folded flaps of paper which then could be lifted to reveal the proposed designs underneath.

This example shows Repton’s designs from Humphry Repton architecture and landscape designs, 1807-1813 report concerning the gardens at Ashridge, respectfully submitted to the Earl of Bridgewater. Pencil, ink and watercolor on paper. Two-page spread with overlays for different views.

A rich legacy of work

There are over 300 sites associated with Repton on the National Heritage List for England. Many are open to visit and there are lots of events and activities planned for the bicentenary.

Amongst our favourites are:

Written by Jenifer White and Christopher Laine, two of Historic England’s chartered landscape architects working on the protection and conservation of our parks and gardens heritage.

1 comment on “The Life and Landscapes of Humphry Repton”