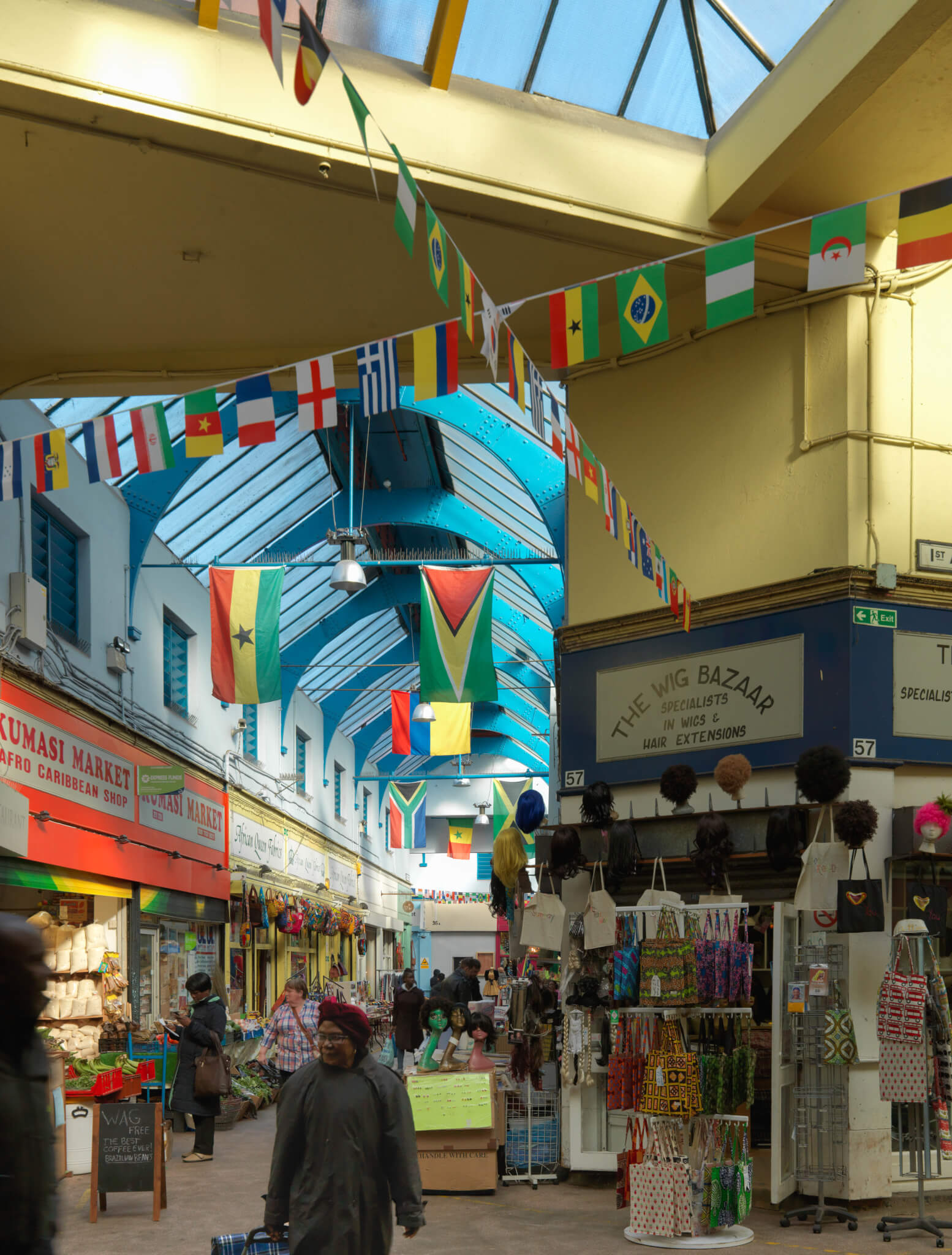 London has always been a city of movement and migration, and the diversity of its population has made an important mark on its character.

Greater London has just over 19,000 listed buildings, 162 scheduled monuments and 152 registered landscapes on the List and these special assets serve two important roles: one, they celebrate the extraordinary time-depth of human activity in a great world city; and two, they help to identify the places that should be safeguarded amidst the great pace of change. As we help shape London’s future, an understanding of its diverse and international history can help include all of us in the process.

Emily Gee, London Planning Director at Historic England takes us through 5 ways that international diversity is captured on the List:

Buildings can embody the impact of successive waves of immigration. Best known is the Grade II* Brick Lane Jamme Masjid in Spitalfields. Built in 1743 as a French Huguenot Chapel, it was later used by the Society for Propagating Christianity among the Jews, then by the Wesleyan Methodists, then a Lithuanian Orthodox Jewish group and most recently as a mosque from 1976 through the present day. The listing was updated in 2010 to reflect the remarkable range of religious history on one site.

London was once a great port and its docklands embody our world history. Rotherhithe is home to the Swedish Seamen’s Mission (1964-6 by Bent Jörgen Jörgensen, Grade II), the Finnish Seamen’s Mission (1957-59, Cyril Sjöström Mardall of YRM) and Norway’s St Olav’s Kirke (1927, John L. Seaton Dahl, Grade II) illustrating the international character of worship that sea trade brought to the capital. The Grade II-listed former Rowton House hostel (now Arlington House) of 1905 in Camden Town was home to 1000 men each night, many of them Irish labourers. The architectural legacy of transient communities can be ephemeral but we hope that the history of Chinese sailors in Limehouse, for example, could be reflected in the List, or through the Enriching the List project, in the future.

Indian heritage is acknowledged in a number of listed places ranging from the Mughal-influenced monument in Kensal Green Cemetery commemorating the Indian judge, Daboda Dewajee, who died in 1861, and which displays  the YMCA Indian Students Union and hostel of 1952 in Bloomsbury. The Grade II* Liberty Cinema of 1928 in Southall was built in an exuberant Chinese style and since 1972 has exclusively shown Indian language films for the local community, giving new life to the building; this colourful cultural melange is symbolic of London life.

Not all of this history is comfortable. The sad Georgian legacy of the transatlantic slave trade is most redolent in the surviving Grade I buildings of the West India Import Dock, built expressly to receive the products of slavery, and which form the most direct and unambiguous witnesses to this shameful trade.

A much more positive, post-war story is reflected in the Grade II listing of Brixton Market’s arcades, which formed the commercial and social heart of the extensive Afro-Caribbean community that settled after the Second World War. The Listing in 2010 stressed the historical importance of this place as the clearest marker of an immigrant community’s experience and the complex has gone from strength to strength ever since.

Jewish heritage has been studied and protected for some decades now, and ranges from burial grounds and 17 listed synagogues in London (including the Grade I Bevis Marks of 1701) to commercial and welfare buildings. The 1930s reliefs on the listed 88 Whitechapel High Street are highly expressive of Jewish solidarity at a time of international unease.

The immediate post-war years in London saw considerable rise in Italian immigration and a great number of new cafes and espresso bars opened up, like the Grade II listed E Pellicci in Bethnal Green with its primrose Vitrolite shop front.

Inside, the striking Art Deco marquetry panelling was crafted by Achille Capocci continuing a long tradition of imported architectural craftsmanship, within what was in many ways a continuation of the late-C17London coffee house tradition. This integration of British and Italian traditions resulted in a remarkable small cafe that continues to thrive today.

These sites are just a handful of listed places that capture some of London’s historic global character. We can now tell more stories about listed buildings, because of the new Enriching the List tool for uploading new information beneath the formal List entry.

Historic England is sensitive to the need to make sure we recognise more sites. Safeguarding the testaments left by diverse cultures should be an important starting point for planning our shared future.