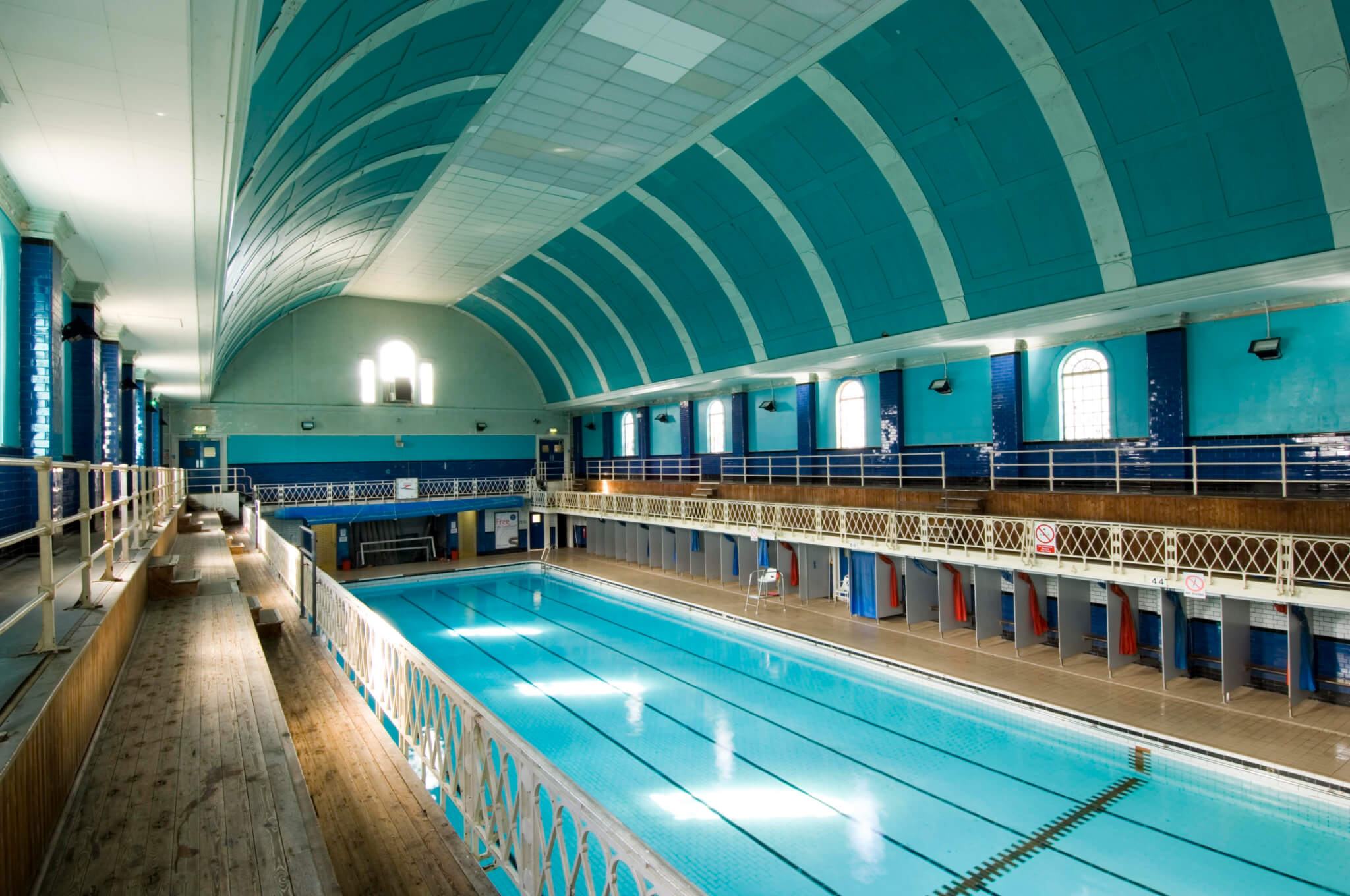 One of the most popular detectives in literature, Sherlock Holmes has seen many outings on the screen, and the BBC1 series with Benedict Cumberbatch and Martin Freeman makes use of many listed buildings in its filming.

Paul Backhouse, Head of Imaging at Historic England, takes us through a few of his favourites:

Of course no list would be complete without the home of the legendary detective himself, 221b Baker Street. However, 187 North Gower Street is used to film the TV series. Behind the 20th Century Regency style shop front is a Grade II listed building dating from around the 19th Century.

The stunning public baths in Bristol opened in 1931 and provide another key location for the Sherlock Holmes series. The decorative tilework, cast-iron balcony and wooden seating, and most of the original slipper baths are original features. This was part of a series of swimming pools built in Bristol in the 1920s and 30s as part of a move to give everyone in the city access to swimming facilities.

Appears in A Scandal in Belgravia, Series 2 Episode 1

The former electricity generating station, built by the London Power Company, has been used for many films and TV shows. It also appears on the cover of the Pink Floyd 1977 album ‘Animals’.

At one point the power station supplied almost a fifth of the electricity for the capital, before it was decommissioned in 1975 -1983. The building has stood derelict ever since, and plans are underway for a development which will make new use of this Grade II* listed building.

The Hound of the Baskervilles is arguably one of the most famous stories written by Arthur Conan Doyle and has appeared in film more than twenty  times, with Basil Rathbone, Peter Cushing, Tom Baker, Peter O’Toole, Jeremy Brett and Benedict Cumberbatch all taking the lead role.

The landscape of Dartmoor was said to be the inspiration for the book, and the deserted medieval village of Hound Tor and its surrounding landscapes have been frequently used as filming locations.

The famous, fictional gentleman’s club featured in both the Sherlock books and films is actually the home of The British Academy at Carlton Terrace, London. Built in 1863, the Grade I listed building was designed by John Nash and James Pennethorne.

A favourite of the show, and the location of the dramatic scenes at the end of season two, the Grade II listed North East Wing was built in 1791. It is on the site of the oldest hospital in Britain still providing medical services, founded 1123.

Do you know of any more listed buildings that have been used as filming locations in Sherlock? Let us know in the comments below.