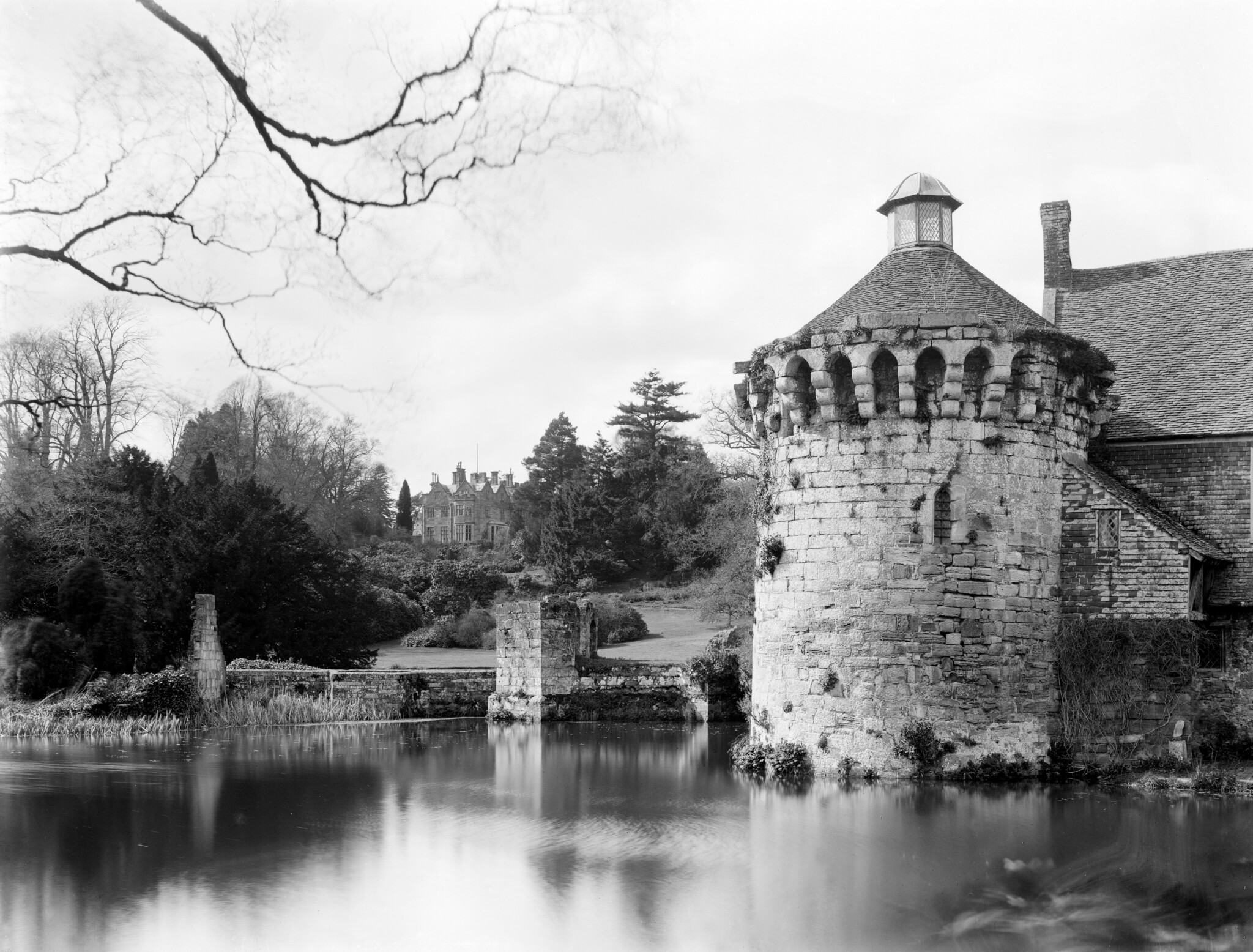 Many of England’s historic buildings and monuments set an inspiring backdrop for mysterious tales of paranormal activity, their rich heritage feeding into narratives passed through generations. This Halloween we’re taking a look at how tales enjoyed at this time of year, of witches, ghosts, vampires and ghouls are knitted into English folklore, making their mark on our culture and historical places.

Here are 7 spooky stories linked to some of England’s oldest castles.

The Vampire of Alnwick Castle, Northumberland

Writing in the 12th century, historian William of Newburgh chronicled how a former master of medieval Alnwick Castle would rise from his underground tomb and prowl the streets of the town at night, causing terror and disease. In panic, the local people dug up his shallow grave, revealing a bloated corpse which, when pierced with a spade, disgorged fresh blood, proving to them that it was indeed a vampire. The body was taken outside the town and burned.

The Mystery of Scotney Castle, Kent

Built as a fortified manor house in the 14th century, Scotney Castle in Kent later passed into the hands of the Darrell family. Arthur Darrell was thought to have died in Europe in 1720. His funeral was held at Scotney on 12 December and as earth was thrown on to the lid of the coffin a stranger in a black cloak standing among the mourners spoke out ‘that is me they think they are burying’, before vanishing. In the 1900s Arthur Darrell’s coffin was excavated. It was full of stones.

Visitors to Scotney have reported seeing ghostly figure climb out of the moat, covered in weeds, only to vanish. It is thought that this apparition is that of a revenue collector, murdered and thrown in the moat by Arthur Darrell before he faked his own death.

In the 16th century, Heloise Pennington, the daughter of Sir Ferdinand Pennington, master of Muncaster Castle, fell in love with a young carpenter. Heloise was already betrothed to a knight, and in anger at his daughter for daring to love someone deemed unworthy, Sir Ferdinand paid his jester to murder the carpenter, presenting his severed head as evidence of the deed. The headless body of the young carpenter is said to roam the castle ever since, searching for his lost love.

A tale of desire, betrayal and suicide haunts the medieval ruins of Ludlow Castle. In the 12th century, Marion de la Bruyere had a secret suitor who she let into the castle by a rope lowered out of her window. One night, when the garrison of the castle had ridden out, Marion’s suitor deceived her, leaving the rope out so that more men could climb in and take the castle. In grief at this betrayal, Marion stabbed her treacherous lover with his own sword and flung herself from the castle walls onto the rocks below. There have been numerous reported sightings of Marion’s tormented form re-enacting the dreadful event.

This tale of woe took place at the besieged Goodrich Castle during the English Civil War. Lovers Alice and Clifford, a young officer, took refuge with the defenders of the castle. As the castle came under siege by Cromwellian soldiers, Alice and Clifford fled on horseback to the River Wye below. Heavy rain had flooded the river, and as they attempted to cross, the couple were swept to their death. It is said that whenever a heavy storm hits, the cries of the drowned young lovers ring out through the castle.

The castle was built in the 14th century by Sir Roger de Fiennes, Henry VI’s Treasurer and veteran of the battle of Agincourt. The walls of the turreted gatehouse are said to be haunted by a nine foot tall phantom drummer, a follower of Sir Roger, slain in the battle. After the deceased’s body was returned to Herstmonceux, its ghost continued to beat its spectral drum over the battlements of the castle.

The Ghost Bear of the Tower of London

In its long and bloody history, the Tower of London has witnessed the execution of many notable figures, the ghosts of its victims appearing at will to shock unsuspecting witnesses.

In 1816 a peculiar type of apparition caused a tragic death itself. A sentry on guard at the Jewel House saw the figure of a huge bear, and in fear lunged at the animal, only to pass straight through and into a door. The terrified man fainted, and despite waking to recall his experience, died of shock a few days later. The bear is thought to have been part of the Tower’s menagerie, first established in the castle by Henry III.

Do you know of any other ghostly stories at historic buildings? Tell us about them in the comments below.

The castles featured in this blog were selected from the publication Haunted Castles by Marc Alexander. All images are from the Historic England Archive.