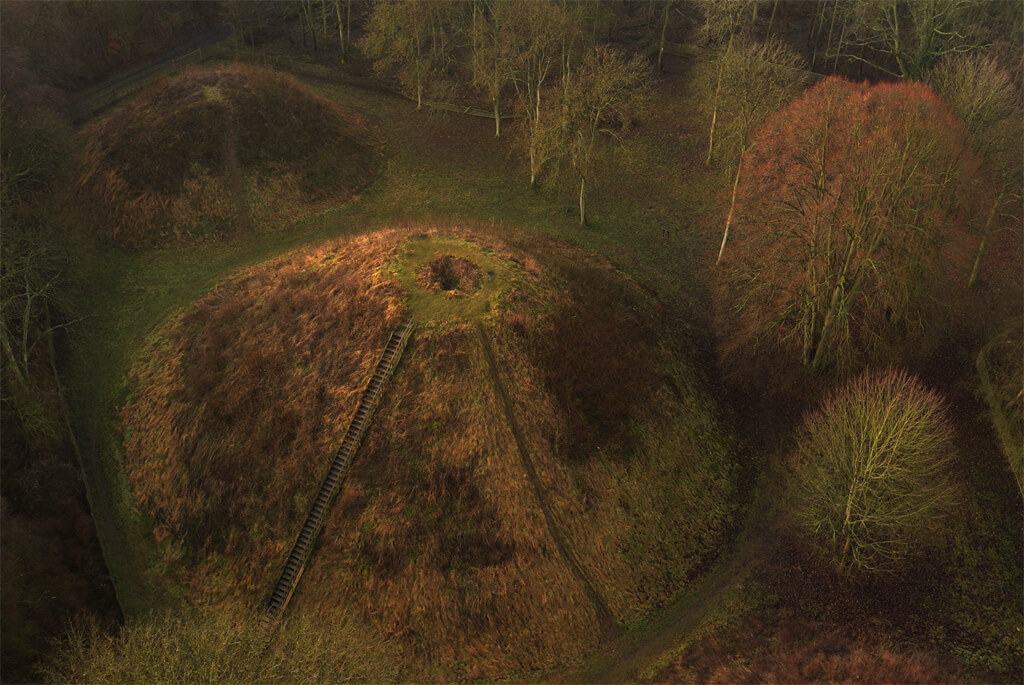 As religious beliefs and the location of human settlements have developed over time, so have our burial rites and memorials to the dead.

Our knowledge of these rituals is instrumental in understanding the communities which have inhabited England throughout our known history. Sites such as the Anglo Saxon cemetery in Norfolk, in an excavation by archaeologists from MOLA and funded by Historic England, open up the history of our attitude to death and inform the protection of these important sites.

Here is a short chronology of 5 fascinating burial sites in England:

A scheduled monument, Gough’s Cave in Somerset provides rare evidence of human activity in the period from about 40,000 to 10,000 years ago. Organic and other fragile materials often survive well in caves and rock shelters, making them very important to the understanding of the Palaeolithic (Old Stone Age). The cave was discovered in the 1880s and later uncovered human bones intermingled with large mammal remains and a range of flint, antler and ivory artefacts. Intense analysis of the specimens showed the human remains to have evidence of de-fleshing, chewing and crushing of spongy bones. Human skulls were found to have been made into drinking cups, and tooth marks on many bones provide evidence for cannibalism. Experts believe from this evidence, and that of other sites, that the Upper Palaeolithic period saw a mortuary practice of ritual cannibalism.

Chambered tombs and long barrows were constructed as earthen or drystone mounds, sometimes with flanking ditches, and represent the burial places of Britain’s early farming communities. These communities were the first to move away from the hunter-gatherer lifestyle but retained a relatively mobile way of life. Permanent funerary structures served as fixed points in the Neolithic landscape and were used as communal burial sites by the community for a considerable amount of time, sometimes with only parts of the human remains selected for entombment.

There are around 500 long barrows recorded in England, Kit’s Coty House being the first to be registered as a scheduled monument. It is an unusual site, with only the sarsen burial chamber now surviving, but this was probably once attached to a long earthen mound.

Round Barrows on Oakley Down, Dorset.

Round barrow cemeteries can be found across England, comprising up to 30 closely spaced burial mounds containing single or multiple human burials. It is thought that Bronze Age cemetery sites were also used as meeting places, and for other ritual activities. Excavations have revealed wide diversity in types of burial, indicating that the sites were returned to and maintained by communities over many years. The primary burials recorded under round barrows are often individual inhumations, though cremation burials increase in number through the period, usually in urns and sometimes with personal effects included.

Roman barrows are rare nationally, with less than 150 recorded examples. Constructed as deep sided conical mounds, usually of considerable size, they cover one or more burials, generally believed to be those of high ranking individuals. The burials were mainly cremations, often in a chamber constructed of wood, textile or stone, with accompanying grave goods. Investigation of the Bartlow Hills Roman barrow cemetery in 1832 revealed a wooden chest holding a deposit of human bones, glass vessels, pottery, a bronze lock and an iron lamp. Further excavations of the wider site showed the barrows to have been constructed close to a Roman road and villa. They provide a unique insight into the social and economic development of south east England during early Roman occupation.

Due to the decaying nature of wood, archaeological finds from the Middle-Saxon period are rare and we often only see evidence of burial in wood-stained ground. The waterlogged conditions of the recently discovered site in Norfolk preserved 6 ‘plank-lined’ graves and 81 tree trunk coffins- hollowed out vessels with carefully fashioned sections as the base and lid. Archaeologists have also found evidence of a timber structure thought to be a church, adding to the importance of this site, which offers a unique opportunity to increase our knowledge of early Christian communities.

Do you live near a protected burial site? You can now add your knowledge and images to the National Heritage List for England (The List), bringing England’s special places to life and capturing local history for future generations. Find out more and help us to #ListEngland.