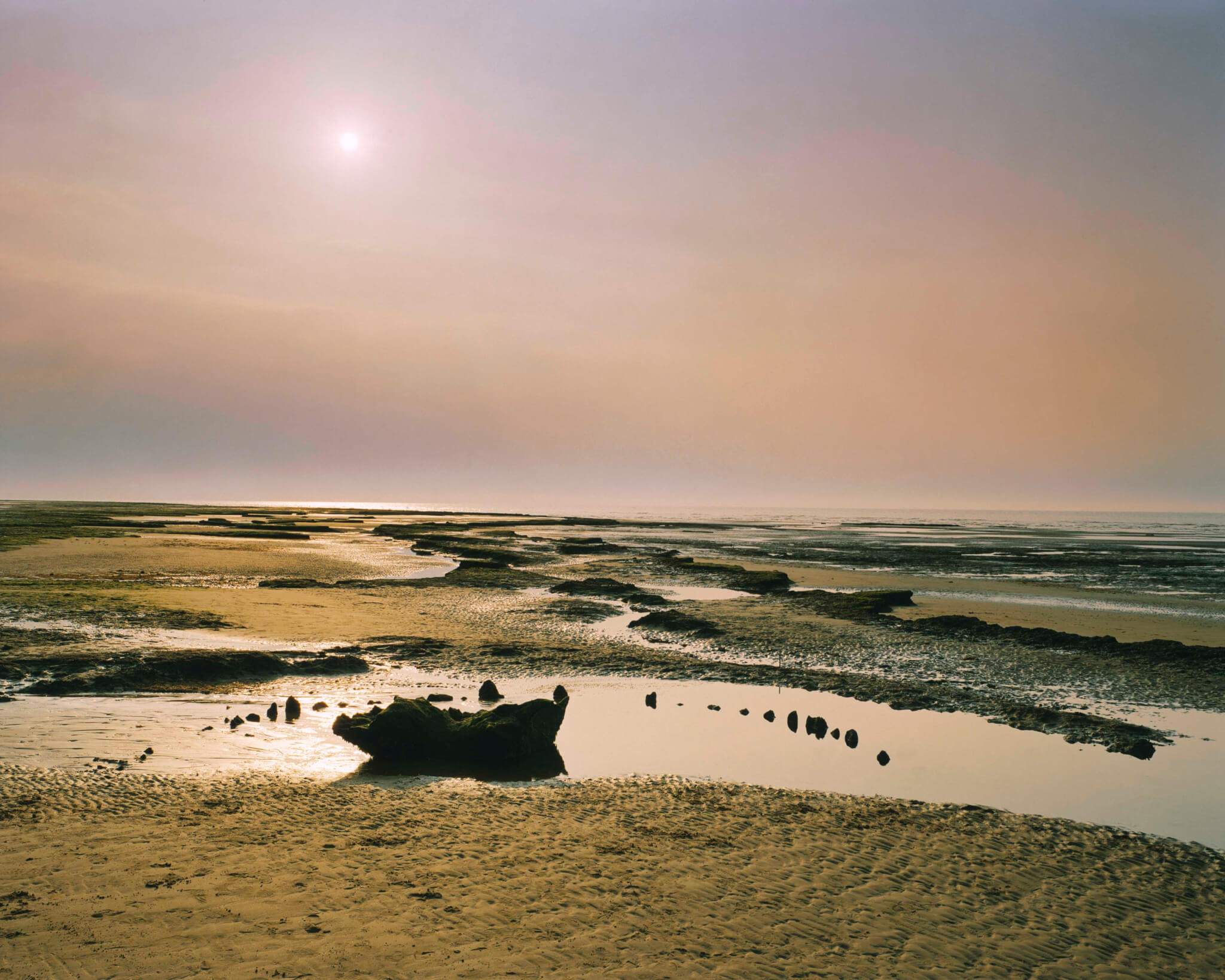 Those of us working with the past can occasionally be viewed as stuck in it, not wanting things to change, but actually for archaeologists change is our bread and butter. We are obsessed with how, and why, people and their places have changed through time. Sometimes dramatic changes in the environment can lead to particularly exciting discoveries.

Here are 6 of the best archaeological discoveries as a result of environmental change:

For many years the East Anglian coastline has been subject to erosion. Since 2000, two locations have become famous for archaeological discoveries that pushed the known human occupation of Britain back by several hundred thousand years. These discoveries were made possible by the coastal erosion that is also destroying the sites almost as quickly as the archaeologists can investigate them. At Pakefield in Suffolk, simple flint stone tools were found in deposits eroding out of a cliff that date to around 700,000 years ago. At Happisburgh  (pronounce ‘Haysborough’) on the Norfolk coast, stone tools were found alongside animal bones that are at least 800,000 years old. The most exciting discovery at Happisburgh though was revealed by the sea in 2013: a series of human footprints preserved in the mud for over 800,000 years – the oldest human footprints outside Africa.

Amazingly, erosion at Holme Beach in Norfolk has revealed not one, but two timber circles and associated track ways, coppiced trees and deposited metal items. The first was discovered in 1998 and became known as ‘Seahenge’. These structures were dated to the early Bronze Age, and dendrochronology (a method for dating wood by comparing tree rings) has shown that the two circles were cut in the spring or summer of 2049 BC.

Because the wood has been so well preserved, archaeologists have been able to get lots of information about how the monuments were built and the tools that were used. The use of the structures is unknown but it has been suggested from comparison with other similar monuments that they were mortuary structures.

Flooding is devastating for the communities affected, but when whole landscapes become flooded they can reveal a lot about how well our predecessors understood their environment.

The Isle of Athelney (in the right of the photo) is a twin peaked hill containing a monastic site and a Saxon occupation site claimed to be a stronghold of Alfred the Great.  The village of East Lyng is the site of a Saxon burh, or defended town, the outline of which more or less follows the area left above the flood water in the left of the photo. The two are connected by a strip of dry land that follows the Balt Moor Wall, a medieval causeway that acts as a flood defence today. Looking at this picture it is easy to see why the Saxons might have selected these locations for their settlements.

The storms of early 2014 that ravaged much of Britain’s coastline revealed some previously forgotten sites. On the beach at Booby’s Bay, near Padstow in Cornwall the remains of a boat were exposed. The SV Carl was a German boat that sunk in 1917 as it was being towed from Cardiff to London. The boat had remained largely buried under beach sand and was unknown to many local people until the storms removed tons of sand from the beach revealing the wooden hull of the boat.

For over 50 years people have noticed human and animal footprints on the beach at Formby Point, in patches of firm mud exposed at low tides. The footprints were made in soft ground on sand bars around what was a tidal lagoon between 7500 and 4500 years ago. Today these prints are exposed as the sea erodes overlying sediment. However, the footprints are extremely fragile and are destroyed by the sea almost as quickly as they are exposed. A dedicated group of local people has recorded the footprints over many years as they have become exposed. These records have enabled some fascinating insights into the people walking these shores millennia before.

If you’ve been inspired and want to get involved with recording coastal heritage in your area, get in touch with the CITiZAN project.

And if you do happen to make an archaeological discovery then you can find the details of your local authority archaeologist and your Historic Environment Record here.