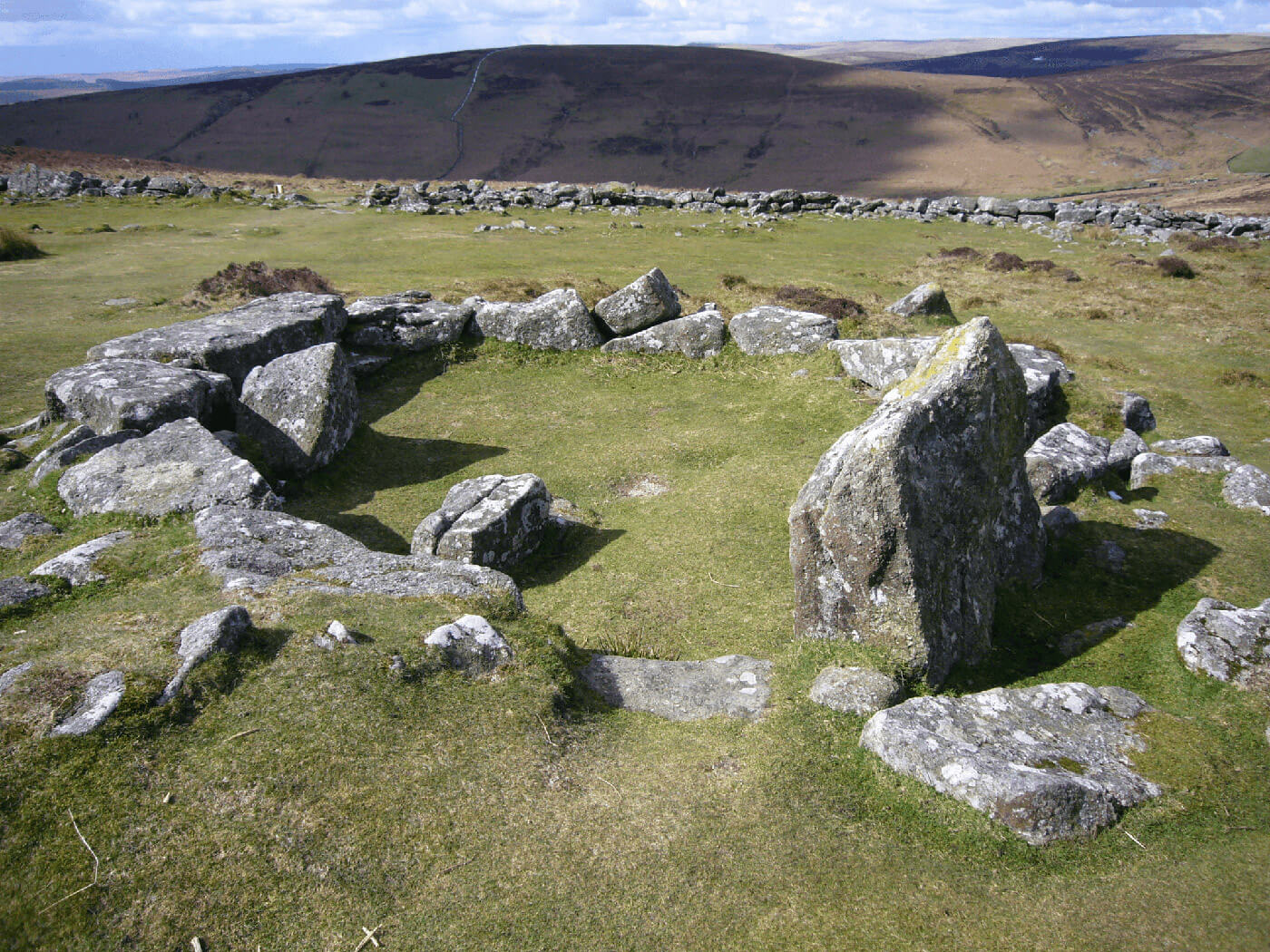 The recent discoveries  of extraordinarily well-preserved 3,000-year-old homes at Must Farm in Cambridgeshire have highlighted the sophistication of domestic life towards the end of the Bronze Age, around 900 BC. But the Bronze Age was a long period, beginning some 1300 years earlier when life was very different to that of the inhabitants of Must Farm.

Here we look at how technology and ways of life in England developed during the preceding millennium.

The Early Bronze Age was a landscape of monuments; the roundhouses, enclosures and fields that typified the time of Must Farm were yet to appear.  The most familiar sites from the period were round barrows, but there was also a range of other small circular monuments that were constructed from wood, stone or earth. At Holme-next-the-Sea, in Norfolk, a timber circle surrounding an upturned tree stump was exposed on the beach and excavated in 1999. Dendrochronological analysis (or tree-ring dating) showed with astonishing precision that the monument, popularly known as ‘Seahenge’, had been constructed in 2049 BC. A study of the timbers revealed that over 50 different bronze axes had been used to fell and trim them, suggesting that a large community of people were involved in building the monument.

We do not know if the ‘Seahenge’ circle was used for burial rites, but many round barrows certainly were. The Early Bronze Age saw a change from standard burials to cremations where ashes were buried, suggesting that the drama of the funeral pyre became a focus for gatherings. The ashes of the dead and their grave goods were often placed in pottery urns, which were interred beneath barrows or inserted into existing mounds. The large vessel (pictured), known as a collared urn, was excavated from a barrow in Wiltshire which had been disturbed by badgers. It was painstakingly reconstructed from its broken fragments.

Britain’s relationship with the Continent has oscillated between periods of isolation and integration since prehistory. The Bronze Age was a time of renewed contact with Europe, based on maritime connections across the Channel and along the Atlantic seaboard. One of the most remarkable archaeological finds from this time was a wooden boat excavated in Dover in 1992. At least 10 metres long and made of sewn oak planks (there were no nails at this time) the boat was propelled by paddles or oars and is thought to have had sea-going capability. Although a sophisticated piece of engineering, it conveys the vulnerability of these early seafarers, and we can imagine the prestige that may have accrued to those who voyaged to distant lands.

We know little about domestic life in the Early Bronze Age; few houses and settlements have been found and people may have lived a largely mobile lifestyle, following their herds. But in the mid-2nd millennium BC, the appearance of extensive field systems demonstrates both an intensification of agriculture and a major change to established concepts of land ownership and movement. Bronze Age field boundaries can still be seen in a few places, such as Dartmoor, where long strips of land were bounded by low stony banks known as reaves. The occurrence of roundhouses within the fields shows a new commitment to a more settled lifestyle. Remains of Bronze Age houses are also visible on Dartmoor, including the enclosed settlement at Grimspound.

Metalwork was, as the name of the period suggests, a key element of Bronze Age life. The first bronze objects were simple flat axes and daggers but more specialised tools, weapons and ornaments appeared in the course of the 2nd millennium. As well as their practical value metal objects were imbued with symbolic power, expressed through their deliberate deposition, either singly or in groups (hoards). The largest hoard ever found in England came from Isleham, Cambridgeshire, where a large ceramic vessel containing 6,500 pieces of cut-up bronze items and casting debris had been buried in a ditch on the edge of a wetland area. The photo shows a smaller hoard from Ebbsfleet, Kent, which includes three Late Bronze Age socketed axes.

The new Historic England Book Shop is now open. Browse and buy at archaeological titles and much more here.

4 comments on “A Brief History of the Bronze Age”