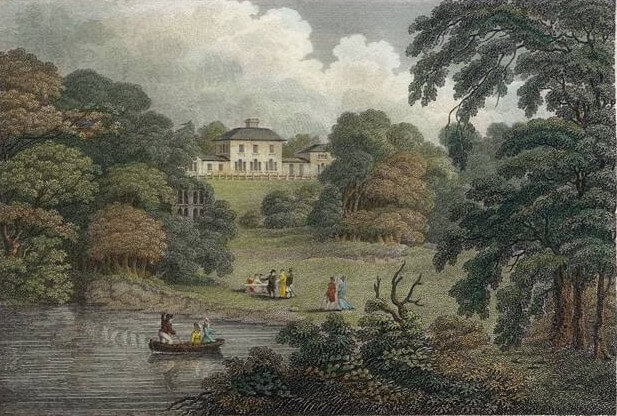 The son of a moderately prosperous farmer, William Shenstone was born at The Leasowes, his family farm in Dudley. He was later to become a pioneering force changing the way we look at and experience gardens and landscapes.

1. William Shenstone was a visionary

William inherited The Leasowes estate, and in 1743 began to improve his farm with features intended to evoke the scenes conjured by the pastoral poetry of classical authors.

2. He changed the way we experience gardens

He laid out a circuit walk around the estate placing seats at intervals for visitors to admire his carefully chosen views. He posted helpful inscriptions along the walk at Leasowes, together with quotations from Virgil and other classical authors, as well as some of his own writings – he wrote many poems, songs and ballads – to draw attention to scenes of beauty.

3. He created one of the most celebrated English gardens of the 18th century

Set in a wooded valley, The Leasowes, once an unremarkable dairy farm, was transformed into a diverse landscape with open grasslands, lakes and streams – a garden of picturesque contemplation. Adorned with a wide variety of root houses, seats, urns, cascades and the Ruined Priory (now lost). The Leasowes became known as a landscape garden or ferme ornee, an ornamental farm.

Printed engravings helped spread knowledge of The Leasowes and he achieved great fame as the mastermind behind one of the most visited and discussed gardens of its time. The Leasowes became a popular destination for all classes of society and was visited by William Pitt, Benjamin Franklin and Thomas Jefferson.

The engraving shows a rare view of William Shenstone’s house (top right). It was pulled down in 1776 and a new one was built for Mr Horne, who bought the estate in 1773. It is now used as the Halesowen golf course clubhouse, which is Grade I listed.

5. His work is considered of national importance

The Leasowes is listed at Grade I on the Register of Parks and Gardens of Special Historic Interest, and is considered to be one of the first natural landscape gardens in England which had an important influence on the development of the English landscape style, so championed by Lancelot ‘Capability’ Brown.

6. His garden can still be visited today

In 1997 Dudley Council’s wish to restore The Leasowes became possible when the Heritage Lottery Fund awarded £1.3 million for the restoration work, with further funding from the Council creating a total budget of £1.75 million. Many of the original features have been restored and the gardens provide a variety of habitats for birds, mammals, invertebrates and locally uncommon plant species. Visiting information for The Leasowes.