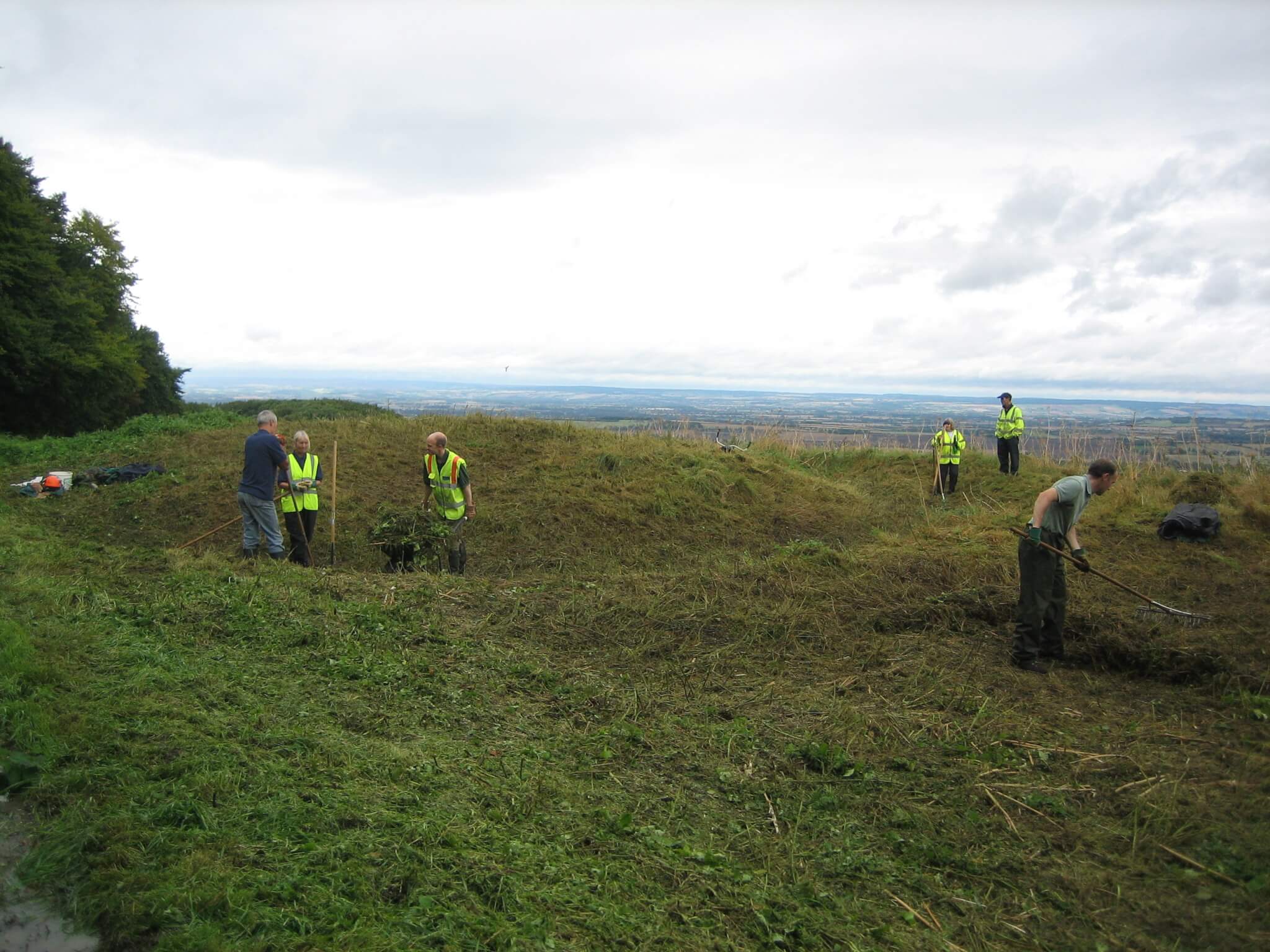 Across the North York Moors there are hundreds of ancient monuments that stand as testament to our past. Despite their importance, some of these monuments are at risk, either through farming techniques, bracken growth or a steady stream of visitors to the National Park. Now a new scheme, run in conjunction with English Heritage and the North York Moors National Park, has been set up to help manage these risks so the monuments can survive alongside our modern lives.

The Monument Management scheme has been set up to improve the management, and monitoring, of sites and to carry out repairs when needed. So far, the scheme has removed 30 high risk monuments from English Heritage’s Heritage at Risk register but there are 120 left to tackle.

The National Park works with owners and land managers to identify work needed to look after the monuments and then commissions repairs at little or no cost to the owner. The work can be fairly simple, from volunteers clearing scrub and bracken to re-erecting stones, but it pays back dividends in protecting the future of the monument. Archaeological volunteers are a central part of the scheme and help to survey and monitor the condition as well as carrying out repairs.

Wade’s Stone, a prehistoric monolith in Barnby, Scarborough is one such monument that has been repaired under the scheme. Following its collapse due to ploughing, the stone was re-erected after archaeological excavations. The stone once again forms part of the dramatic landscape as it has done for centuries. Extensive gorse and bracken has been removed from several ancient monuments as part of the scheme including a standing stone, round barrow and round cairn – a group of stones piled up to create a standing stone – near Eden House in Mulgrave.  A round barrow – a circular mound of earth covering a burial – on Shortgate Hill near Hutton Buscel, has also benefitted from bracken clearance by the Forestry Commission in partnership with the scheme. A round barrow, lime kiln and warrening enclosure in Wykeham Forest; three square barrows, also in Wykeham Forest; and a cross dyke in Cloughton Plantations, near Gowland Farm in Cloughton have also all been cleared.

It’s not just bracken or farming that effects the survival ancient monuments, visitors to the National Park can also have an effect. The footpath around two round barrows, known as Two Howes, on Goatland Moor have been repaired as well as Simon Howe, a round cairn also on Moor. Now visitors can enjoy walking beautiful surroundings, safe in the knowledge the monuments that make the place so special remain.