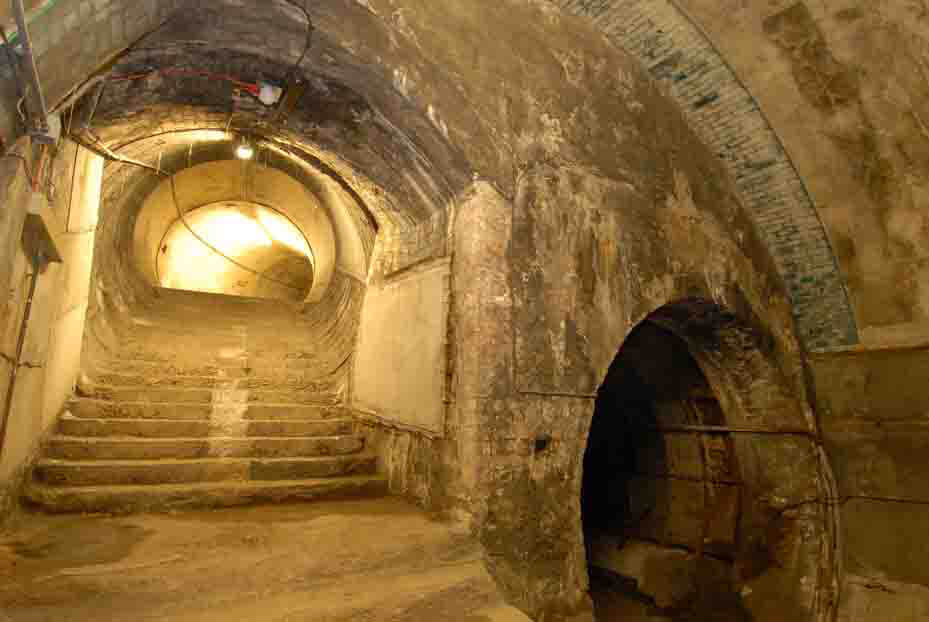 Before leaving English Heritage in 2011 to set up his own heritage and design consultancy, Philip Davies was the Planning and Development Director for London and South–East England.  Here, he tells us how his latest book, ‘London Hidden Interiors’, came into being…

One of the joys of working for English Heritage was the opportunity to advise on a whole range of buildings and interiors which the public are not normally allowed to see, or which are little-known. I was incredibly lucky to have had access to some very special places  – from the great offices of state and government, like 10 Downing Street and the Foreign and Commonwealth Office, to the gigantic, awe-inspiring bascule chambers of Tower Bridge sunk deep in to the Thames. For a long time I thought the general public should have the chance to share this experience – people are fascinated by what lies behind closed doors inside the offices, institutions, clubs and private houses that so many pass every day – and so the idea for ‘London Hidden Interiors’ was born.

After much agonising, my initial list of over 400 interiors was whittled down to 180 across a complete spectrum of building types. Derek Kendall spent over a year cheerfully working his way through the list to produce superb sets of images from which over 1700 were eventually selected. Derek is one of the most talented architectural/fine art photographers of his generation. Many of the photos mimic the human eye. Some required over 40 exposures to produce 170 degree views of the rooms and spaces with staggering results. The book was a real team effort – English Heritage at its best – and its scale and complexity mean that it’s never likely to be repeated.

The final selection is an entirely personal one. It concentrates on the hidden and unusual, the eccentric and the quirky, although there is space for some of the better known like Eltham Palace and the Soane Museum. A number like the Sanderson Hotel or the Regent Palace Hotel celebrate unsung conservation successes of recent years which deserve greater recognition, while others, such as Will Alsop’s extraordinary Blizard Institute, highlight amazing new architecture.

We live in an age of architectural pluralism. The book’s underlying narrative is a plea for a better understanding and appreciation of all traditions and styles and to put paid to the myth that architecture should be “of its time” and express “the spirit of the age” ignoring the very obvious that ipso facto anything built at any stage in history is of its time. For decades the fallacy that it is somehow “dishonest” to design new buildings that draw their inspiration or vocabulary from the past has permeated the architectural establishment, planning committees and even the conservation world. This prejudice has proved immensely damaging to our towns and cities. To an historian it is absurd. It makes it impossible to understand the Renaissance  – otherwise one might say: “That’s a fake. It’s by Michelangelo” It is time to consign this antiquated belief to the dustbin of history and to celebrate architectural and stylistic diversity in all its forms and traditions. None has a monopoly on truth. None is more honest than any other.

Alongside writing the book and private commissions, over the past few months I have helped to set up the Yangon (Rangoon) Heritage Trust in  Myanmar (Burma) to save its fantastic colonial heritage – much of which is vacant and at risk. English Heritage’s publications and guidance have proved invaluable as a repository of best practice. Exciting times!

0 comments on “‘London Hidden Interiors’ – ever fancied a peek inside Downing Street?”