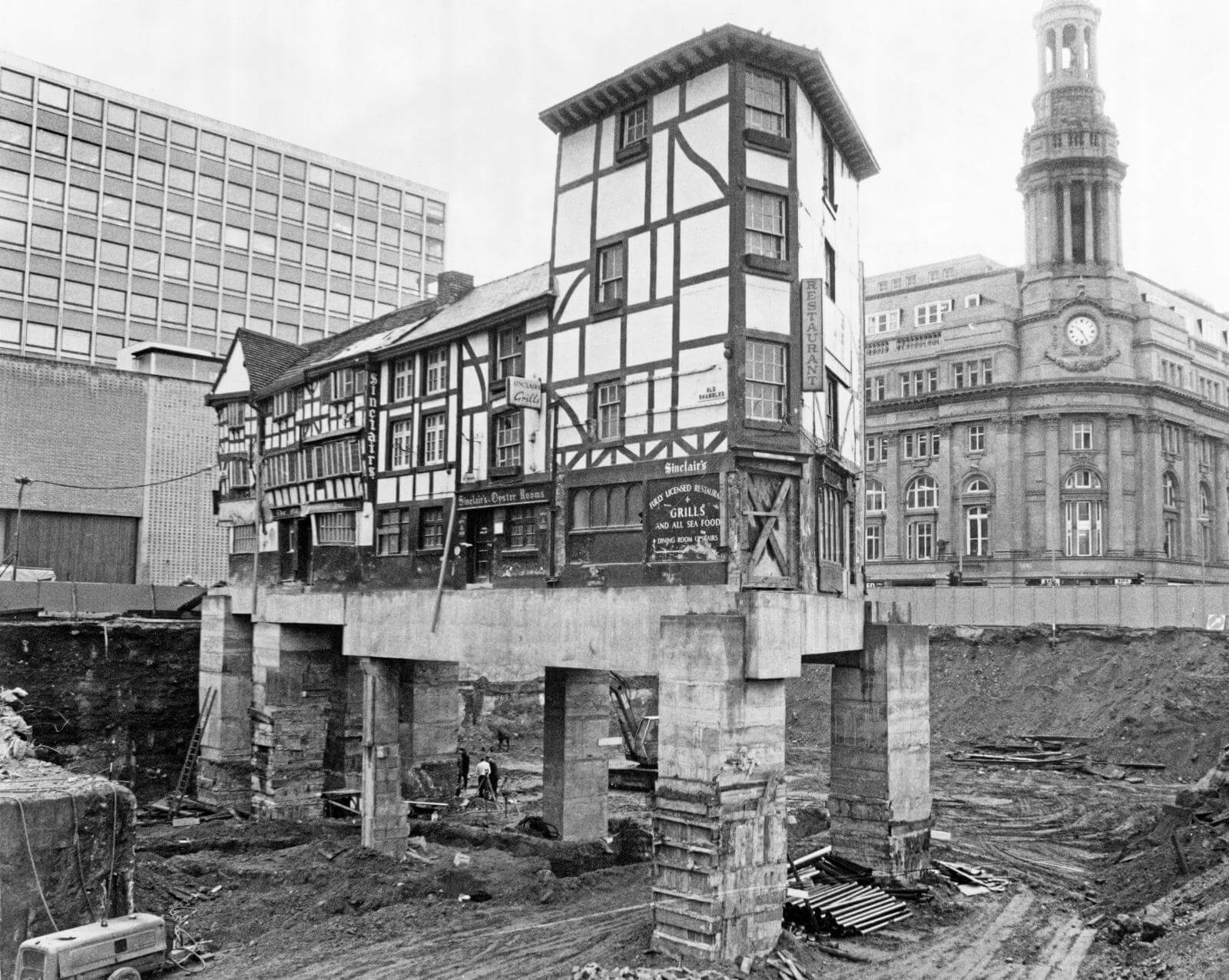 Here we celebrate 8 places that tell the story of Manchester’s history.

1. Manchester was commended by a US President

You may wonder how a 4 metre high statue of ‘Honest Abe’ Lincoln found its way to Brazennoze Street in central Manchester. The origins of the statue go back to the 19th century, when Manchester was one of the biggest cotton producers in the world. During the 1860s, the city elected to boycott cotton that was coming in from the Southern States, in protest of slave labour. The decision was made despite the effect that would clearly have on the local economy. President Abraham Lincoln wrote to the people of Manchester, commending their stance, he wrote ‘It is indeed an energetic and re-inspiring assurance of the inherent truth and of the ultimate and universal triumph of justice, humanity and freedom’.

2. The oldest surviving passenger railway station in the world

Opening in 1830, the Liverpool Manchester line was one of the world’s first intercity railways. The line was built by George Stephenson with passenger rail by steam locomotives as its priority. The opening ceremony was attended by the Prime Minister, the Duke of Wellington. Unfortunately, this was also the site of what is considered to be the first widely reported railway fatality – William Huskisson, MP for Liverpool was struck on the inaugural trip and later died from his injuries.

The former Liverpool Road Station is now part of the Museum of Science and Industry and is Grade I listed.

The earliest known incarnation of Manchester was built by the Romans in the first century AD, then called Mamucium. However, it was William the Conqueror’s gift of the land to a favoured knight in the 11th century that triggered the growth of a more significant settlement. Few remaining buildings, including Manchester Cathedral (Grade 1 listed) and Chetham’s Library, evidence medieval beginnings. On 8th October 1787, the collegiate church (now Manchester Cathedral) played host to the first public speech by the Committee for the Abolition of Slave Trade.

4. The first free public library in the world

Founded in 1653, Chetham’s Library has been in continuous use as a free public library for over 350 years. It houses over 100,000 books, many of them rare and printed before 1850, in a medieval building first built to accommodate a college of priests. The Grade I listed building is one of many places in Manchester associated with political movements. Karl Marx & Friedrich Engels researched at the library in the Summer of 1845, influencing their later work on The Communist Manifesto.

5. The home of the Suffragettes

In 1903, Emmeline Pankhurst founded the Women’s Social and Political Union. The Pankhurst family on Nelson street hosted the first meeting of the group, with the aim to recruit working class women into the struggle for the vote. It is now listed Grade II* and is used as a museum and women’s centre.

In 1907, Ernest Rutherford, a New Zealand Physicist took over as chair of physics at the University of Manchester. In 1911, Rutherford and his team of world class scientists discovered the nuclear atom, and in 1917 they split the atom. This scientific breakthrough eventually led to the advent of atomic energy and nuclear power. The Grade II listed building that Rutherford worked in was renamed “The Rutherford Building” in 2006.

An important part of social and music history, many of Manchester’s historic pubs are also listed. The Grade II Listed Circus Tavern on Portland Street dates back to the early 18th century and is reputed to be the smallest pub in Manchester. The strikingly tile clad façade of C19 Peveril on the Peak (also Grade II listed) stands out on the corner of Chepstow and Bridgewater Street.

On the 16th August 1819, a great tragedy led to an important step along the road to Democracy in Britain. In what is now St Peter’s Square, a crowd of 60,000 peaceful pro-democracy and anti-poverty protestors gathered. Local magistrates called on the dispersal of the crowd, and cavalry charged in on horseback, armed with cutlasses and clubs, killing 15 and injuring 700 men, women and children. The Peterloo massacre is acknowledged to have influenced ordinary people winning the right to vote. It also resulted in the establishment of the Manchester Guardian (now just the Guardian).

The People’s History Museum (Grade II listed) tells the story of democracy in Britain and the fight for the rights of women, workers and other groups.

Header image: The Wellington Inn, Old Shambles, shown during extensive surrounded building works (1971). You can read some more information about the history and relocation of the Grade II* listed building here.

We found it tough to pick just 8 things, let us know your favourite historic parts of Manchester in the comments.