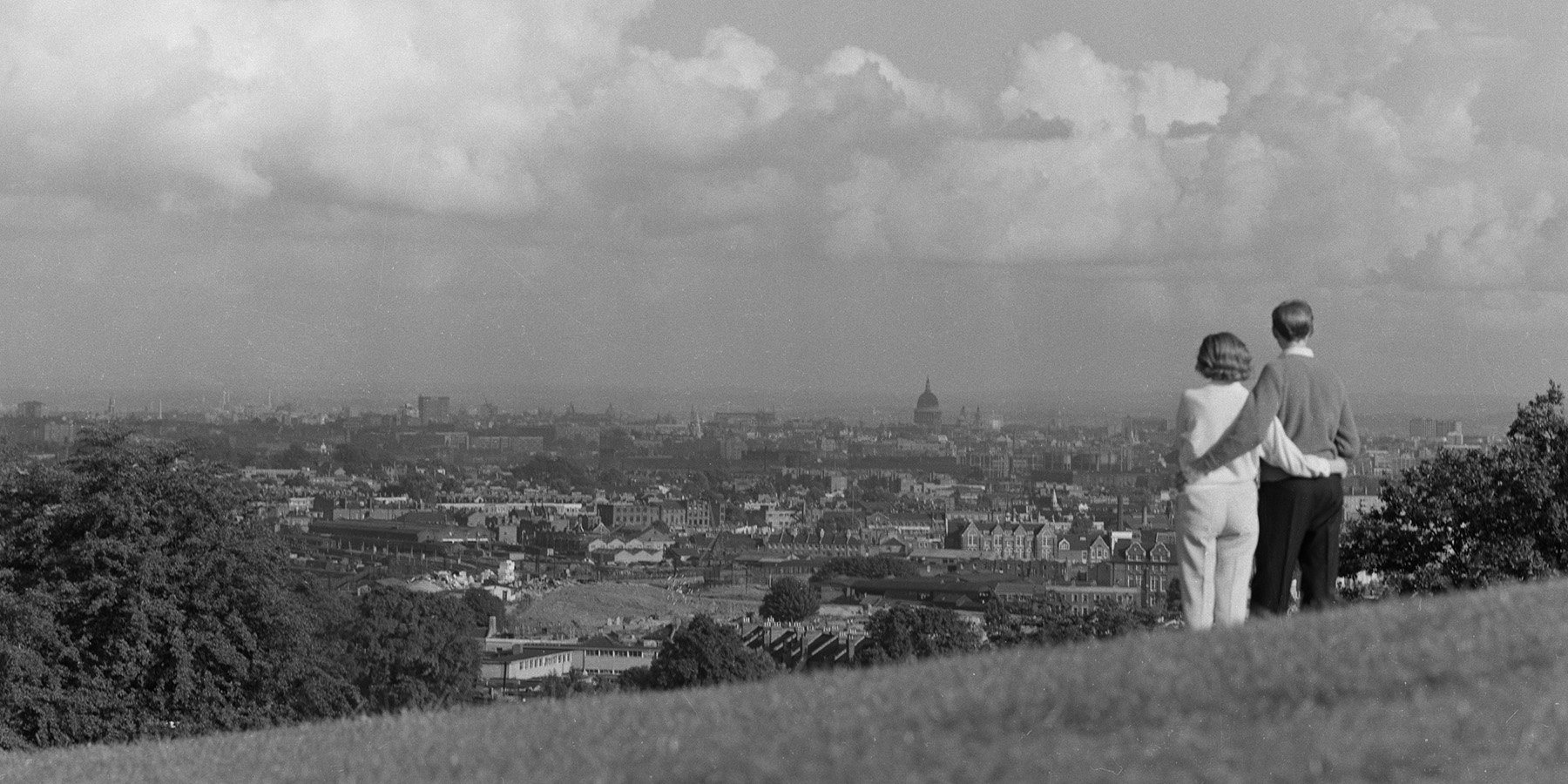 Here at Historic England, we love heritage and we love our movies, so to celebrate Valentine’s day we thought we would look at some of the historic places that have provided a backdrop to some of our favourite romance films.

Written by Paul Backhouse, Head of Imaging at Historic England.

In the climactic scene of this timeless romance, Inogo Montoya utters the immortal lines “My name is Inigo Montoya. You killed my father. Prepare to die.”

The ensuing swordfight was filmed in the Baron’s Hall of Penshurst Place.

The house is built in sandstone of varying colours with the oldest part, Baron’s Hall built in 1341 and the second hall, known as the Buckingham Wing, added in the mid 15th Century.

Whilst nearly all of this critically acclaimed film is set and shot in Nottingham, it is the railway station that provides the climax of this unexpected love story. This is the third Midland Station to have been built in Nottingham, opening to the public on 17 January 1904, and has survived exceptionally well. When built it cost approximately £1M, and is a rare example of Neo-Baroque architecture.

The command performance of Two Gentlemen of Verona for Queen Elizabeth (played by Dame Judi Dench), takes place in the film at the  ‘Banqueting Hall at the Palace of Whitehall’, though it is actually filmed in the Great Hall of Middle Temple in London. Built in 1562-73, this much altered and reconstructed building of red brick with stone dressings has richly carved interior roof and screen with stain glass dating from the 16th or 17th Century.

A work of fiction about a Brit winning Wimbledon, starring Paul Bettany and Kirsten Dunce, uses locations around Wimbledon as well as further afield.

The private club where Bettany is offered a job, Stoke Park also appears in James Bond, as the golf course in Goldfinger and again in Bridget Jones’s Diary. This beautiful country house entertained Queen Elizabeth in 1601. It is surrounded by a landscape park laid out by Lancelot ‘Capability’ Brown around 1750, was one of his first commissions. The wider landscape is packed full of wonderful heritage and contains a pair of 19th Century brick lodges (listed grade II) built in the style of the nearby stables (1851, listed grade II).

The Importance of Being Earnest

Used as a set for the Can-can performance, Wilton’s Music Hall, the oldest pub music hall in the world, has just been removed from the Heritage at Risk register. After a lengthy campaign to save and restore the building it has been brought back to its former glory dates from the mid 19th Century. Wilton’s was once a sailors club and a chapel, the oldest part of which is known as the Mahogany Bar, as it was the first theatre to have wooden fittings.

The 2005 film, starring Keira Knightley and Matthew Macfadyen uses Chatsworth House in Derbyshire as ‘Pemberley’, the lavish estate of Mr Darcy. Chatsworth House, which has it origins in 1552, is one of the greatest country houses in England, handed down through 16 generations of the Cavendish family. The family home and grounds are open to the public through the Chatsworth House Trust, which is dedicated to the long term preservation of the property, grounds and art collection.

The Law Courts (The Royal Courts of Justice) City of Westminster, London. Grade I listed.

From the director of Love Actually and Notting Hill comes a love story about time travel, towards the end of the film when the action returns to London we see the Royal Courts of Justice in The Strand. Built in the Victorian period (1882) but constructed in a 13th century English Gothic style, it is a monumental building consisting of 3 floors, corner turrets and a clock tower on the eastern side. The building is open to the public with some restrictions and is well worth a visit to stand in its magnificent and imposing hall.

We’re celebrating love and historic places, with a poem by Bridget Minamore inspired by the unexpected, every day, spectacular places where we find romance.

Take a look at From England, With Love