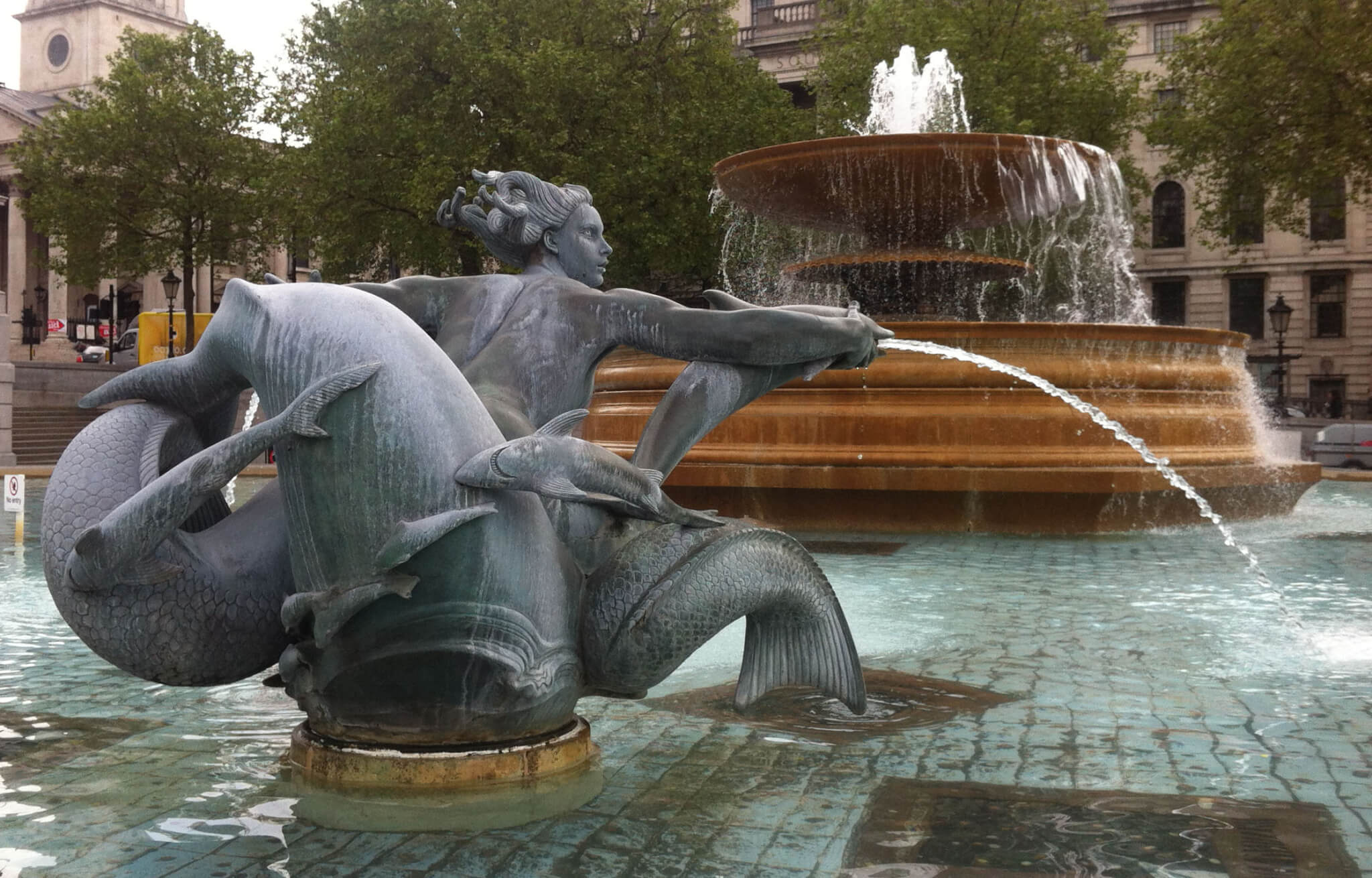 The Battle of Jutland was the bloodiest naval confrontation of the First World War, involving 250 vessels and nearly 100,000 men.  The British Grand Fleet, whose key commanders were Admiral John Jellicoe and the then Vice-Admiral David Beatty, fought the German High Seas Fleet off the coast of Denmark. 6,097 British and Empire lives were lost, as well as 2,551 German. Neither side won a decisive victory, but the confrontation changed the course of the war, ultimately bringing the United States of America into the conflict and victory to the Allies.

Header Image: HMS Invincible suffering a fatal direct hit on one of its gun turrets 31 May 1916. Courtesy of the National Museum of the Royal Navy.

Here are eight fascinating things you may not know about the battle:

1. Electronic eavesdropping tipped off the Admiralty.

This unique air photograph taken in 1920 of Hunstanton Coastguard station, Norfolk shows the temporary wartime huts and tall aerial used to intercept German wireless signals.  This was one of the most important listening stations along the east coast, and had a direct land line to London.

In May 1916, the detection from this station of the slight movement of a wireless transmitter revealed the German fleet was about to sail, their target the British Grand Fleet at Jutland.

2. Trafalgar Square (listed Grade I) is not only a memorial to Nelson (Column listed Grade I), but also to the key naval players at the Battle of Jutland, Admirals Jellicoe and Beatty.

Commemorative bronze bust of Admiral Jellicoe by William McMillan and Sir Charles Wheeler on the north side of Trafalgar Square. © Historic England

Commemorative bronze busts of Admiral Beatty by William McMillan and Sir Charles Wheeler on the north side of Trafalgar Square. © Historic England

3. Four Victoria Crosses were awarded for bravery following the Battle of Jutland.

The youngest recipient of the Victoria Cross was 16 year old Jack Cornwell.  In 1916 he was posted to HMS Chester, part of the British Grand Fleet’s Third Battle Cruiser Squadron. He had the rank of Boy First Class and was a sight-setter responsible for ensuring that naval guns were aimed correctly.

On 30 May the Fleet sailed to engage the German High Seas Fleet in the North Sea, with the Squadron forming a spearhead aimed at stopping the German fleet escaping. The Chester came under intense fire from four German cruisers who suddenly emerged from the smoke of battle.  All of Cornwell’s gun crew were killed or fatally injured.  Cornwell, although mortally wounded with shrapnel piercing his chest, remained at the gun turret awaiting orders. The Chester was ordered to the port of Immingham, Lincolnshire and Cornwell was transferred from there the short distance to Grimsby General Hospital where he died on 2 June 1916. He was buried with full military honours on 29 July 1916 in Manor Park Cemetery, Newham, London. His gun is preserved at the Imperial War Museum, London.

4. A chain from a ship that fought at the Battle of Jutland forms part of an unusual war memorial in a Berkshire village.

This newly listed Grade II Leckhampstead war memorial commemorates not only the 17 local men who died in the First World War, but all those from the locality who served in the conflict. It is surrounded by a heavy chain salvaged from a ship that took part in the Battle of Jutland, suspended from 12 four-inch shells.  A clock at the top of the memorial has faces to the north and south featuring .303 cartridges for the minutes, and bayonets for the hour and minute hands.

5. The wrecks of five British ships that fought at the Battle of Jutland lie within our coastal waters.

HMS Warspite took many direct hits from the German fleet, but lived on to see action again in the Second World War before being decommissioned in 1945.  In 1947, while being towed to a scrapyard it ran aground and was dismantled over several years at Mounts Bay, Cornwall.  Some of its hull steel and boilers still lie scattered on the sea bed.

The only surviving ship that fought at Jutland is HMS Caroline which is currently undergoing extensive restoration in Belfast where it will become a floating visitor attraction.

6. A sea mine, reputedly salvaged from the Battle of Jutland, was once owned by Admiral Beatty.

Admiral Beatty – Commander of the 1st Battlecruiser Squadron at the Battle of Jutland and who lived in Brooksby Hall, Leicestershire – had a sea mine (reputed to have come from the battle), that he kept in his lake there and took pot shots at from the Hall.

HMS Iron Duke, a Dreadnought battleship, served as a flagship of the British Grand Fleet during the Battle of Jutland.  After the war, she remained on active duty, before becoming a harbour defence ship at Scapa Flow in the Second World War.  She was badly damaged by German bombers and was eventually scrapped in the 1940s.

8. Sonar scans of ships destroyed at Jutland have been revealed by the Royal Navy survey ship, HMS Echo.

3D sonar image of the wreck of HMS Invincible, one of 25 British and German warships that were sunk during the Battle of Jutland. Crown Copyright.

The final moments of the HMS Invincible 31 May 1916. Courtesy of the National Museum of the Royal Navy.

Almost a century later, the Royal Navy survey ship, HMS Echo, using the latest sonar scanning technology has created a remarkable picture of the underwater remains of this momentous battle.