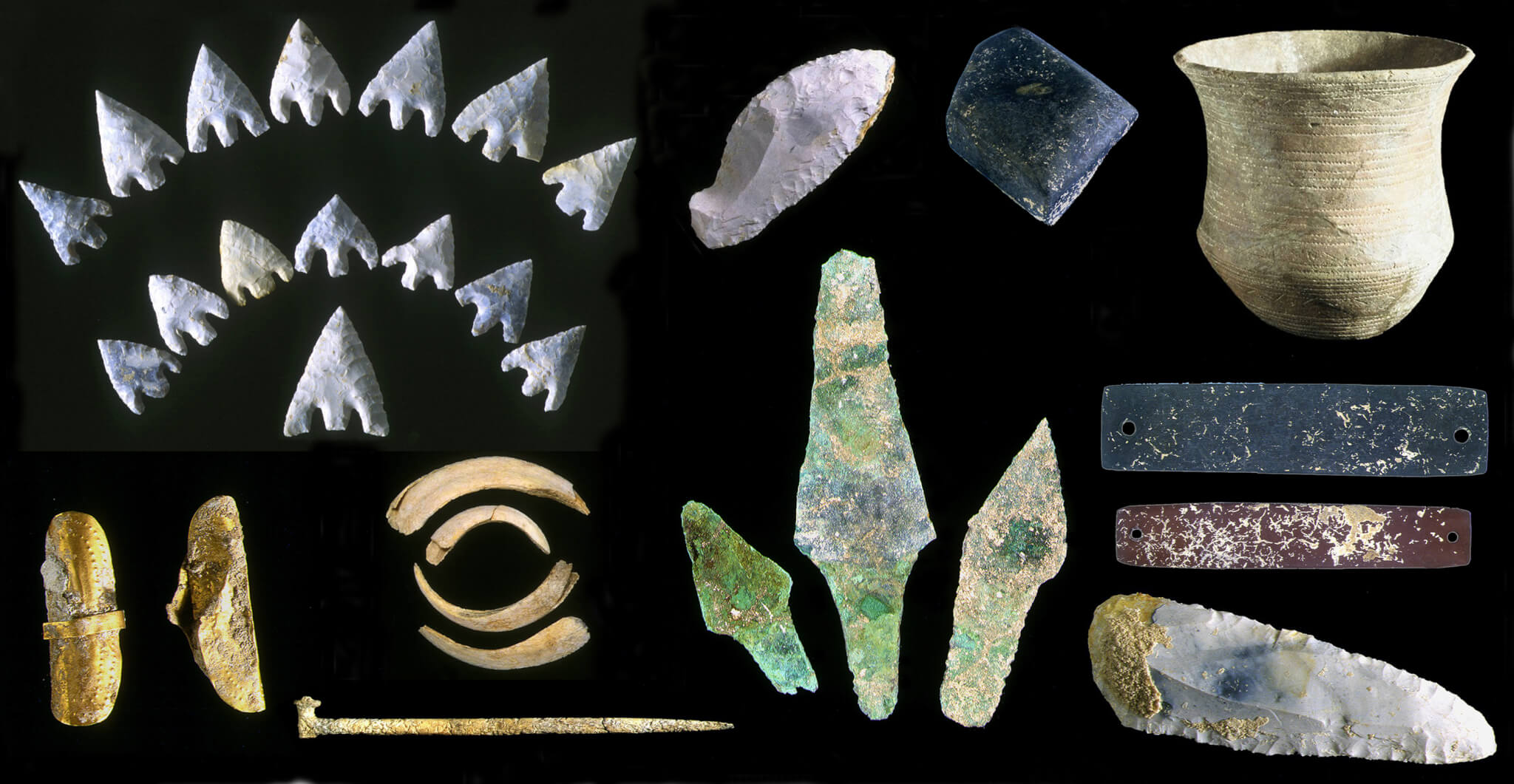 It’s 27 years since a watershed moment in England’s archaeology. Before 1990, precious archaeological remains found during building projects, such as the Roman temple of Mithras were being lost. Public outcry reached a peak with the high-profile protests to save the remains of Shakespeare’s Rose Theatre.

The Government issued a new policy on archaeology and planning which allowed for archaeological surveys to be carried out before planning permission is granted. The finds from these digs across England have transformed our understanding of the past. Here are eight of the most unusual:

1. The remains of an extinct species of elephant

A Palaeoloxodon antiquus butchered with flint knives 420,000 years ago by pre-Neanderthals was a very rare find in Ebbsfleet Kent, discovered during the works for HS1.

The only one found so far in England was unearthed in Colchester during the building of a housing development.

3. A statue of an eagle holding a serpent in its mouth

This statue was discovered on the site of a new hotel in the City of London. It is one of the finest pieces of sculpture from Roman Britain ever found.

A find from Wiltshire shows just how much people would have travelled. The grave of the ‘Amesbury Archer’, which was found during the construction of new homes, contained more than 100 objects from Dorset, France, Wales and Switzerland. Chemical analysis even showed that he probably spent his early years outside England, probably in central Europe.

During archaeological work in advance of roadworks in Holmfield, Yorkshire, a man’s body dating from 200 BC was discovered in a large pit along with his complete chariot equipped with sophisticated iron tyres. Chemical analysis suggested he came from Scotland and the remains of 200 sacrificed cattle from different areas suggested he was widely famous.

6. A mass grave of Vikings

Some of the finds have been quite unsettling. When a new road scheme was being constructed for the Olympic sailing events in Weymouth, a mass grave of men who had been beheaded around 1000AD was found. Analysis suggests that the men were Vikings, not locals.

People were more sophisticated and innovative in the Bronze and Iron Ages than previously thought. At Must Farm in Cambridgeshire, twelve Bronze Age wickerwork eel traps were found preserved in wet silt. The traps are very similar to ones still used in the Fens today.