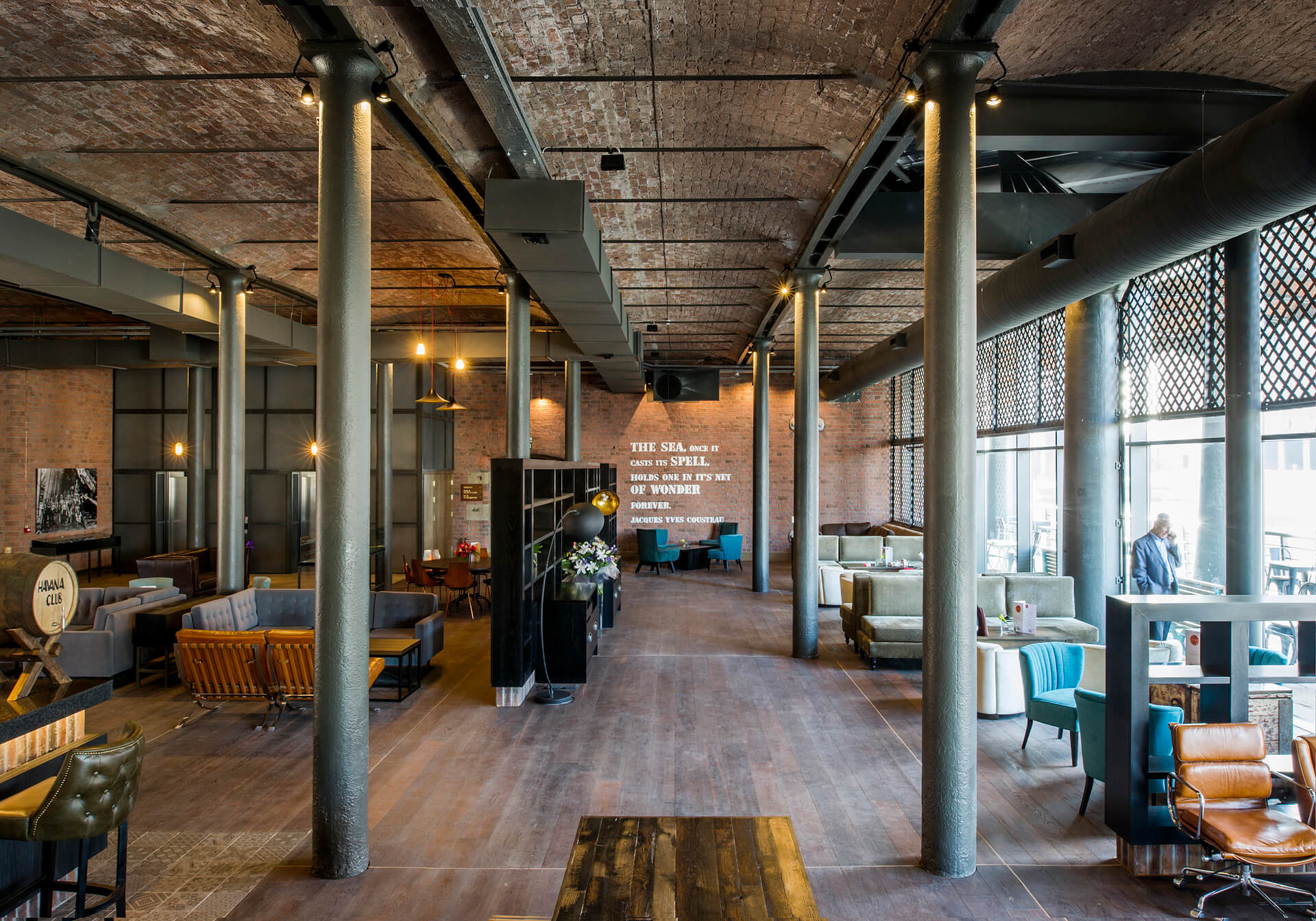 To mark European Industrial and Technical Heritage Year we’ve found some of England’s best historic industrial sites that have been brought back to life in imaginative and innovative ways.

Read about the Industrial heritage conference we are running in December with the HLF and Princes Regeneration Trust.

Northern mills like the Paragon were once the engine rooms which powered an empire, but the mill fell into a bad state of repair through disuse at the end of the 20th Century. A stark reminder of Manchester’s industrial past, the Mill has been saved, restored and converted into unique homes, bringing life to a once neglected area of the city.

Originally built as a slaughter house, the toffee factory churned out sticky confectionery and seaside rock for decades before the business closed and the building succumbed to decay. Trees grew out of ruined brickwork and the roof collapsed inward. Newcastle City Council took over the reins and oversaw a clever conversion into units for creative and digital businesses. The contemporary design and innovative additions to the building earned it a host of accolades including three architectural awards from The Royal Institute of British Architects in 2012. Visit the Toffee Factory Website

The site opened in 1848 as one of five inter-connected docks that helped to make Liverpool one of the greatest ports in the world. The site fell vacant after closing in 1980 and later became at risk. Developer, Harcourt, invested in the site, converting the grade II* listed North Warehouse into a hotel, with a conference centre in the former Rum Warehouse. The project is now stimulating further regeneration in the area: the next part of the complex to be developed is the nearby Tobacco Warehouse, said to be the largest brick building in the world when it was built.

The former granary building lay empty and derelict after its working life came to an end in 1985. The Berwick Preservation Trust raised over £5 million for its restoration and the Youth Hostel Association agreed to take on part of the granary for a new 57­ bed hostel. The building now houses the hostel, a bistro, a heritage interpretation space, meeting rooms, and a gallery used for major art exhibitions, and it has proved to be the catalyst for the wider regeneration of this part of the medieval town.

Now an inspiring home for the University of the Arts, the buildings were once a series of redundant warehouses designed to store coal, wheat, barley and potatoes for the growing 19th century city. The building is an innovative place for students to learn skills in the creative industries. The regeneration has had a major economic impact on the area, thanks to the spending power of up to 4,500 students and to visitors who come to enjoy film and theatre, exhibitions, fashion shows and concerts.

2 comments on “Workshop of the World: 5 Great New Uses for England’s Industrial Heritage”

Leave a Reply to A Girl From Devon. Stacy Cancel reply