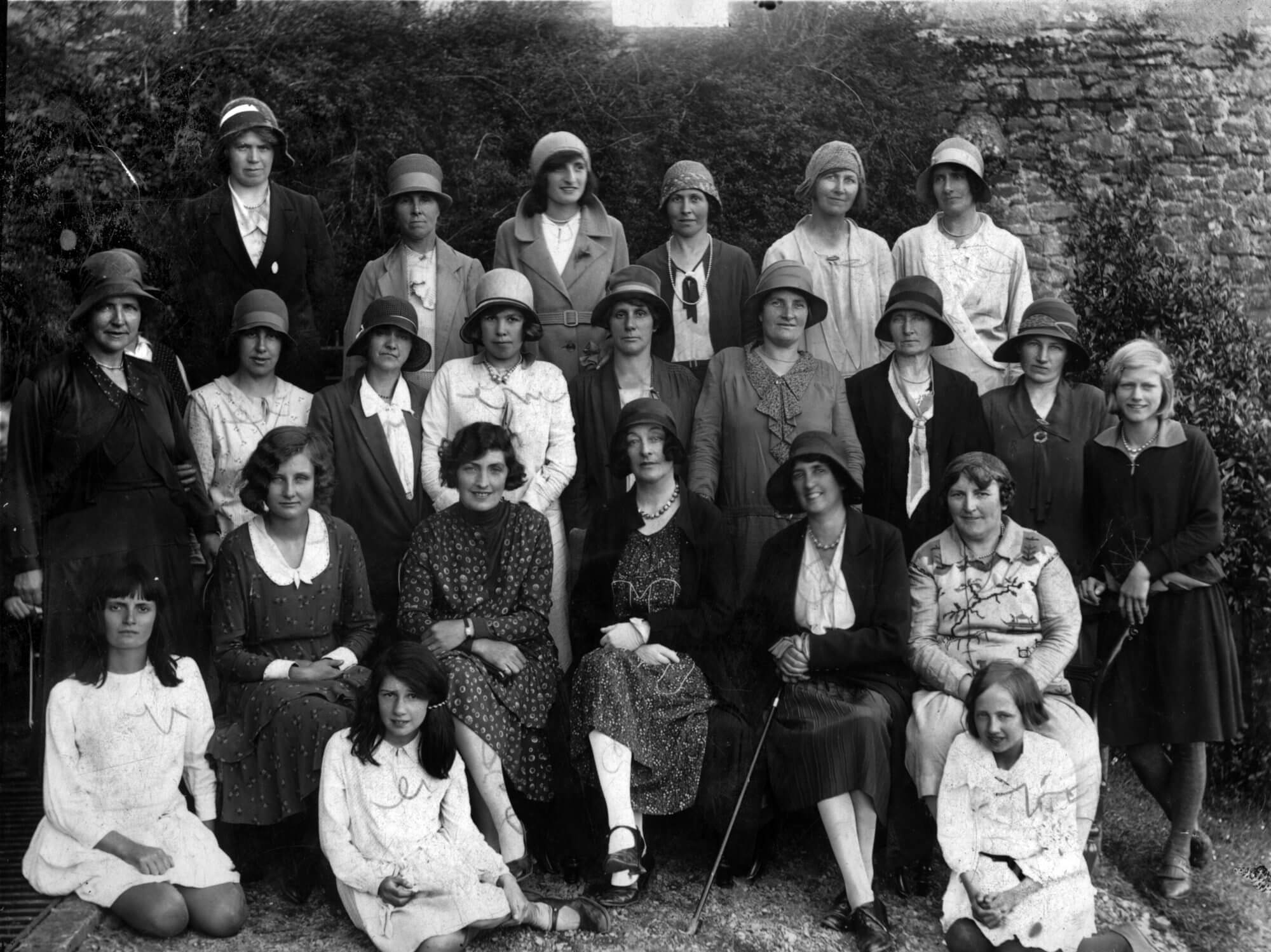 “Jam!” That’s what many people would reply if asked which word the Women’s Institute first brought to mind.

And there are good historical reasons for that. During the First World War, jam-making was a serious business, as was the bottling and pickling of all sorts of fruit and vegetables. Food shortages were a real danger, and the WI was formed to harness the skills and dedication of women in producing and preserving food.

Shortly after the outbreak of war in 1914, the Agricultural Organisations Society was approached by a Canadian, Madge Watt, who understood the important role women had to play in Britain’s war effort. With many men away, women had to pool their resources – and keep their spirits up. This was particularly vital in rural communities, where there was much work to be done. Women’s Institutes had been active in Canada since 1897, and the AOA charged Watt with putting her experience into practice in Britain.

Today, four buildings have been re-listed to celebrate their role in the history of the Women’s Institute.Britain’s first WI was formed in Wales in September 1915, and the first in England followed soon afterwards, at Charlton, West Sussex. At the inaugural meeting on 9 November the publican of the Fox Inn, Mrs Laishley (herself a founder member), made the new Singleton and East Dean Women’s Institute welcome. For many women, that evening was the first time they set foot in The Fox; rather than in the public bar, the meeting took place in a more secluded back room, where a plaque commemorates the historic event.

Finding a place to meet wasn’t always easy – the new village hall at Singleton, for example, was for men only. Early meetings were held in spaces such as schools and private houses – or public houses.

After the war, the WI was instrumental in getting village halls built. And many WIs established halls of their own – some were purpose-built like the interwar hall at Parbold, but many had a ‘make do and mend’ quality. Some groups acquired army surplus huts. Others took on redundant buildings, such as the Mechanics’ Institute at Newbrough, or the Baptist Hall at Tatsfield, Surrey.

At the formation of the WI, its founders knew that success would ‘depend on the inclusion of women of all ranks’. And the Institute played an important role in breaking down social barriers, with women from all walks of life working and learning together. All the same, in the early days, women from middle- and upper-class backgrounds often took leading roles.

The first chairman, Lady Denman (or Trudy) was active in many areas of women’s welfare – she helped found the National Birth Control Association, and her home in Sussex, Balcombe Place, was the Women’s Land Army headquarters during the Second World War.

Education was one of the founding principles of the WI, and in 1948 the Institute opened its own college. Every WI in Britain raised £10 towards purchasing the eighteenth-century Oxfordshire house, Marcham Park, renamed Denman. In the early days of the college, members slept in dormitory-style rooms and helped with household chores, in between courses which might include learning to change a tyre or butcher a pig.

The women forming the 1915 meeting at The Fox could not have imagined that in its first century the Women’s Institute would grow to about 6,600 branches (or Institutes) with 212,000 members, providing opportunities across Britain for education, social activities, and campaigning.

An avenue of lime trees at Denman, planted in memory of Madge Watt, reminds today’s members of that fruitful campaign on the home front, one hundred years ago.

The main header image is of the inaugural meeting of the Cosheston branch of the WI, circa 1921.

2 comments on “A Brief Introduction to The Women’s Institute”