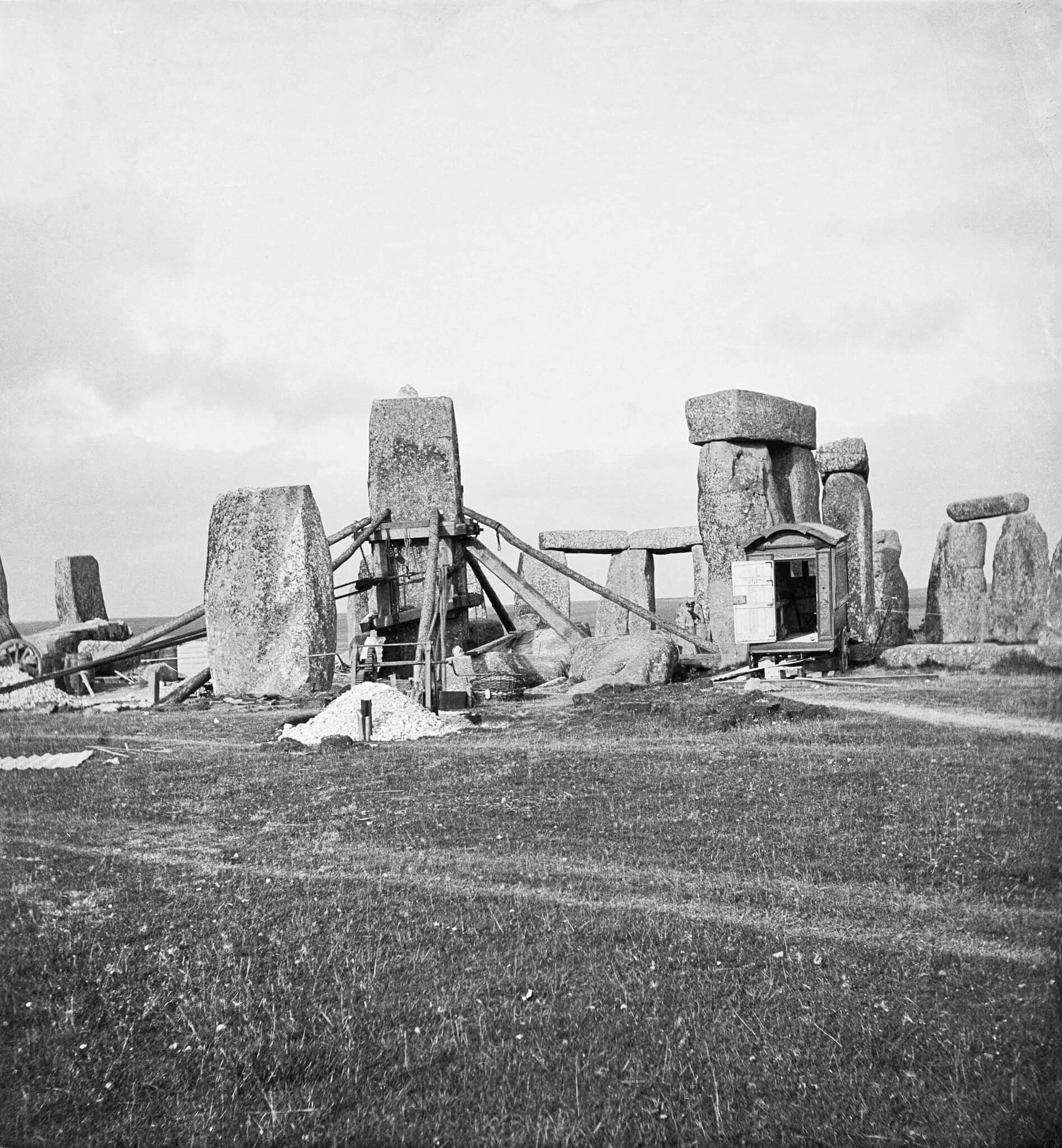 Stonehenge and its surrounding landscape have seen an unprecedented amount of research in the last decade. One of the most significant strands of this has been Historic England’s survey of the stones, the surrounding earthworks and the hidden archaeology.

This research has involved a combination of non-intrusive techniques – analytical survey of upstanding monuments and buildings, aerial photography, lidar and geophysical survey, and, laser scanning. At the same time several universities have been carrying out independent research, involving international co-operation. All this has allowed us to develop a new appreciation of the Stonehenge landscape, not only in its Neolithic and Bronze Age heyday but from early prehistory to the present day.

One of the most significant findings concerns the so-called ‘North Barrow’. All visitors to Stonehenge walk over the fragmentary remains of this earthwork, most probably without noticing it, as they enter the site. Archaeologists, too, have been inclined to ignore it, regarding it as a relatively insignificant feature. But Historic England’s archaeologists, closely observing the undulations of the ground surface, have revealed that this slight feature – a circular bank enclosing an area about 20m across – is possibly the oldest element of Stonehenge. It pre-dates the great earthwork enclosure of around 3,000BC, which runs over the top of it, and is older than the stone settings by at least 500 years.

In the surrounding landscape, researchers from universities and Historic England have revealed that the ‘North Barrow’ was not alone. Using the latest geophysical techniques, they have discovered that there may have been as many as a dozen small circular or oval enclosures surrounded by ditches and external earthen banks. Many of them incorporate circles of upright posts. Archaeologists refer to these enclosures as ‘henges’ (named after Stonehenge itself).

Though the purpose of these sites is clearly religious, the exact ceremonies that were practised there are unknown. The ‘henges’ range in size from a few metres across to the enormous Durrington Walls – three kilometres north-east of Stonehenge, it is nearly 500m across.

One of the great controversies of Stonehenge is whether the sarsen circle was ever complete. This remains unresolved but a chance discovery in 2013 added significantly to the debate. Serendipity is a great aid to archaeological discovery and in this case it was a short hosepipe that led to the breakthrough. The hosepipe used to water the turf at Stonehenge in hot spells did not reach one part of the circle and brown patches started to appear in the grass. Site staff realised that these could be significant parchmarks and called in the archaeologists. The marks proved to be caused by holes for missing stones in the circle – holes that have never been discovered by any deliberate archaeological activity.

4. New discoveries of carvings on stones

In 1953 Professor Richard Atkinson first noticed carvings of an Early Bronze Age dagger and axe head on one of the upright sarsen stones at Stonehenge. Interestingly, in retrospect these carvings can be seen on early photographs of the monument but no one had recognised them. Over the years more carvings have been found and by 2005 three daggers and 44 axe heads had been discovered.

From their distinctive shapes these carvings represent axes and daggers that were in use around 1750-1500BC. The carvings were therefore made when the stones had already been standing for nearly 1,000 years. As part of the research project Historic England commissioned a high resolution laser scan of the stones, which revealed a further 71 axe heads and one possible new dagger. This doubles the number of Early Bronze Age axe head carvings known about in the whole of Britain.

There has been activity at Stonehenge at every period since it was built except for the late Iron Age –the very time when druids were active. For a period of over 100 years, from about 100BC to the Roman invasion of AD43, nobody left any evidence of their presence at Stonehenge or in its immediate surroundings. Of course, this does not prove that they were not there but the contrast with all other periods, when plenty of ‘stuff’ was left at and around the site, is striking.

For a long time it has been recognised that the 20th-century excavations at Stonehenge found more Roman than prehistoric artefacts, but this rather inconvenient fact has been largely ignored. New excavation by Tim Darvill and Geoff Wainwright in 2009 revealed unavoidable evidence for significant Roman activity at the site. In the 360s AD, Stonehenge – in common with many other prehistoric monuments in Britain – became a focus for religious rites. Pits, and perhaps graves, were dug into the site and visitors deposited coins and other valuable items.

6. A place of execution?

In the 1920s a skeleton dating from the Anglo-Saxon period was found in a shallow grave just outside the stone circle. It was taken to London for study and was thought to have been lost in the blitz but in the 1980s it was rediscovered at the Royal College of Surgeons by archaeologist Mike Pitts. Specialists now realised that it was the skeleton of a young man who had been decapitated with a sharp metal blade, probably a sword, by a single right-handed blow to the back of the neck. Radiocarbon dating shows that this event happened between about AD 660 and 890 – between the time of the Synod of Whitby and the reign of Alfred the Great, when England was a firmly Christian country.

During the First World War the down to the west of Stonehenge became an aerodrome and hangars were built within 500m of the monument. The furore over the future of the aerodrome and its buildings after the war fuelled a wider debate that was already raging about the preservation of Stonehenge and its setting. New research by Historic England has revealed the tortuous course of this controversy.

The first ‘restoration’ at Stonehenge – the straightening of Stone 56 – took place in 1901. Further restoration and extensive excavation took place in the 1920s and 1950s. This was always contentious but, driven by the Ministry of Works and the Society of Antiquaries, the process had irresistible force. As a result Stonehenge was subjected to more alterations during the 20th century than at any point since the Bronze Age.

While it is not true – as some have claimed – that Stonehenge is effectively a 20th-century creation, the monument and its surroundings are not frozen in time. Their continually changing appearance is tied to changing ideas on aesthetics, historical authenticity and, inevitably, visitor management.

The Stonehenge Landscape by Mark Bowden, Sharon Soutar and Martyn Barber is a new book published by Historic England.

14 comments on “7 New Discoveries about Stonehenge”