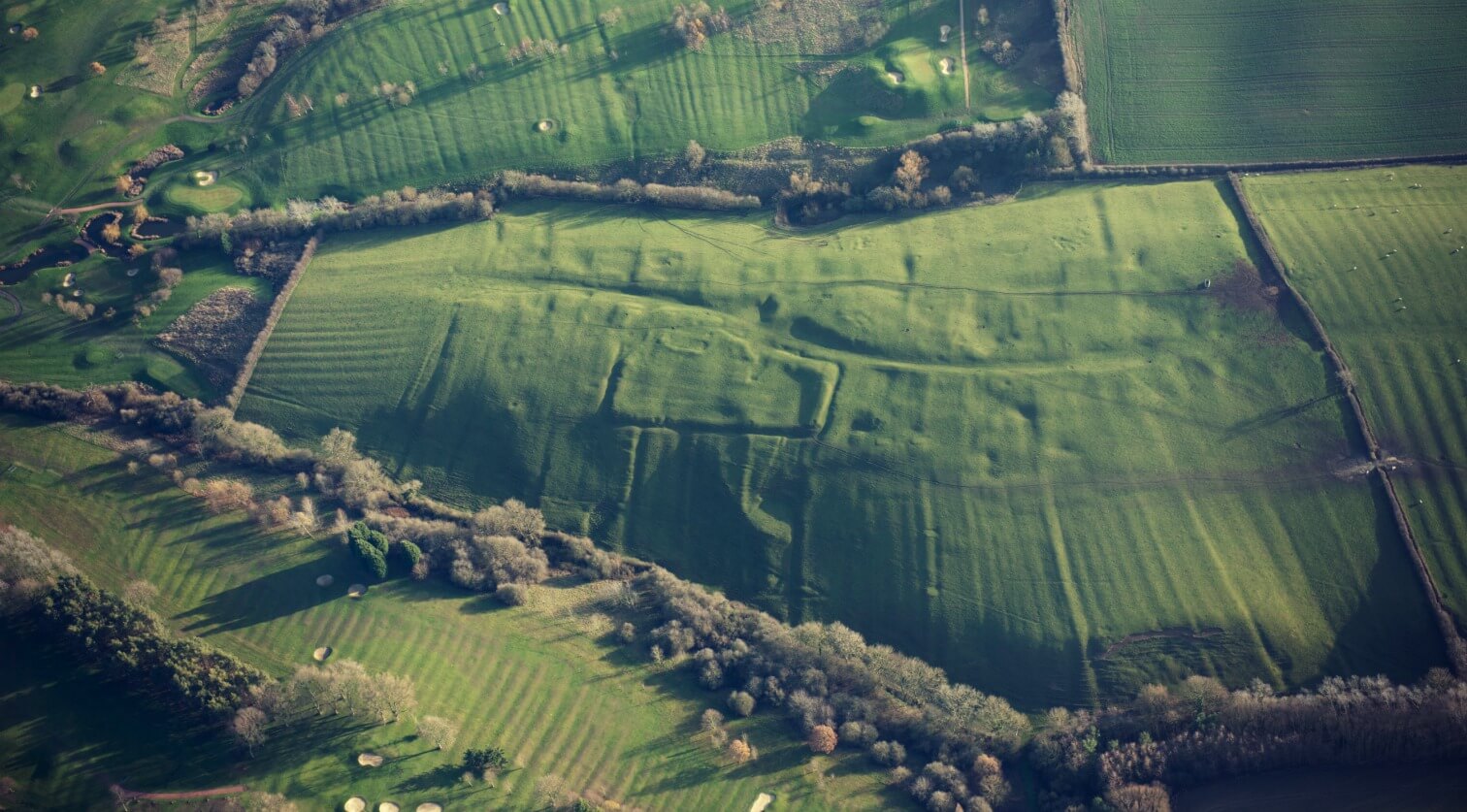 In the medieval countryside people lived in a very wide variety of settlement types, from individual farms, through hamlets of a few households, to much larger villages.

There were also temporary or seasonal abodes in outlying places associated with activities like summer grazing of the uplands.

Here we look at 7 abandoned villages that can tell us about Medieval life.

The classic layout of a medieval village. The long groove running left to right formed the main route through the settlement. The large rectangles either side are called crofts and they represent gardens used for growing vegetables. Within these are smaller rectangular earthworks, called tofts, which were walled plots with a house and perhaps a barn standing within. The large rectangle in the centre may have been the manor house or chapel.

Surrounding this deserted village are the undulating lines of medieval ploughing, known as ridge and furrow.

The most famous and one of the best preserved British deserted medieval villages, Wharram Percy is a nationally important scheduled ancient monument. Visiting details.

Crofts, tofts and a buried fish pond are the only remains of this lost medieval village.

A complex of grassy humps and bumps clearly show domestic buildings, trackways, dovecotes and a fishpond. Legend has it that the village was demolished because it was a den of thieves, but the real reason for its abandonment remains uncertain. Visiting details.

Four 13th century stone farmsteads are the only remains of this isolated Dartmoor hamlet, on land first farmed in the Bronze Age. Visiting details.

Lost, deserted and shrunken medieval villages scattered across the country can still be seen today. Villages were the most distinctive aspect of medieval life and the archaeological earthworks which remain help us experience the spaces in which medieval people farmed and made their homes in the English landscape, telling us much about their everyday lives.

Most of these villages were deserted or shrank in the 14th and 15th centuries, often because of a shift from arable farming to sheep rearing which needed a smaller labour force.