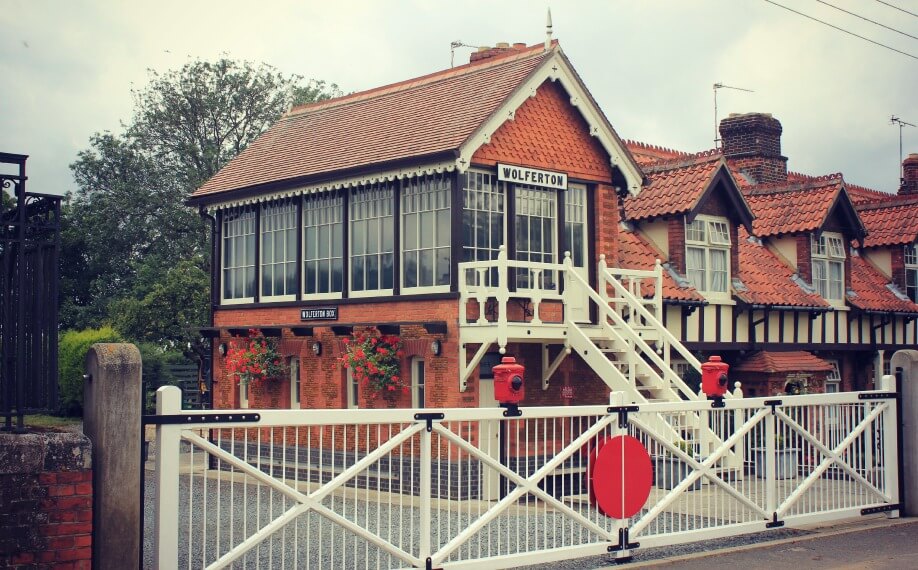 1. In its familiar form, a raised structure with large windows enabling signalman to maintain a look-out, the signal box evolved in the early 1860s from huts and towers housing policeman.

2. Signal boxes were an integral part of the ‘block’ system which was introduced gradually between the 1860s and the 1880s to ensure that there was an interval of space (or block) between trains running over the same length of track.

5. A timber walkway or gallery supported on iron brackets was often provided below the operating room windows to enable them to be cleaned.

7. By the 1900s, power operation did away with the need for large manual levers but, for cost reasons, new power boxes only gradually took over on the busiest lines. In 1948, British Railways still had over 10,000 mechanical boxes.

8. The end of the signal box; advances in signalling technology resulted in a plan in 2011 to concentrate signalling to 12 signalling centres over a 30 year period, with 80% of boxes closing in 15 years.

As part of the National Heritage Protection Plan’s Transport and Communications Activity we selected 53 signal boxes for assessment for designation from the remaining 500 Network Rail boxes, and 48 of these have now been listed.

The project ensures that all signal boxes which deserve protection on a national scale and which are not on a preserved line, will have been designated and can be appropriately managed through the planning process. It is not anticipated that other boxes currently in Network Rail ownership will be added to the list unless significant new information about their interest comes to light.

If you would like to know more about this part of our heritage, a good place to start is this short introduction to the history and typology of railway signal boxes, which is intended to support the listing selection guide on Transport Buildings.