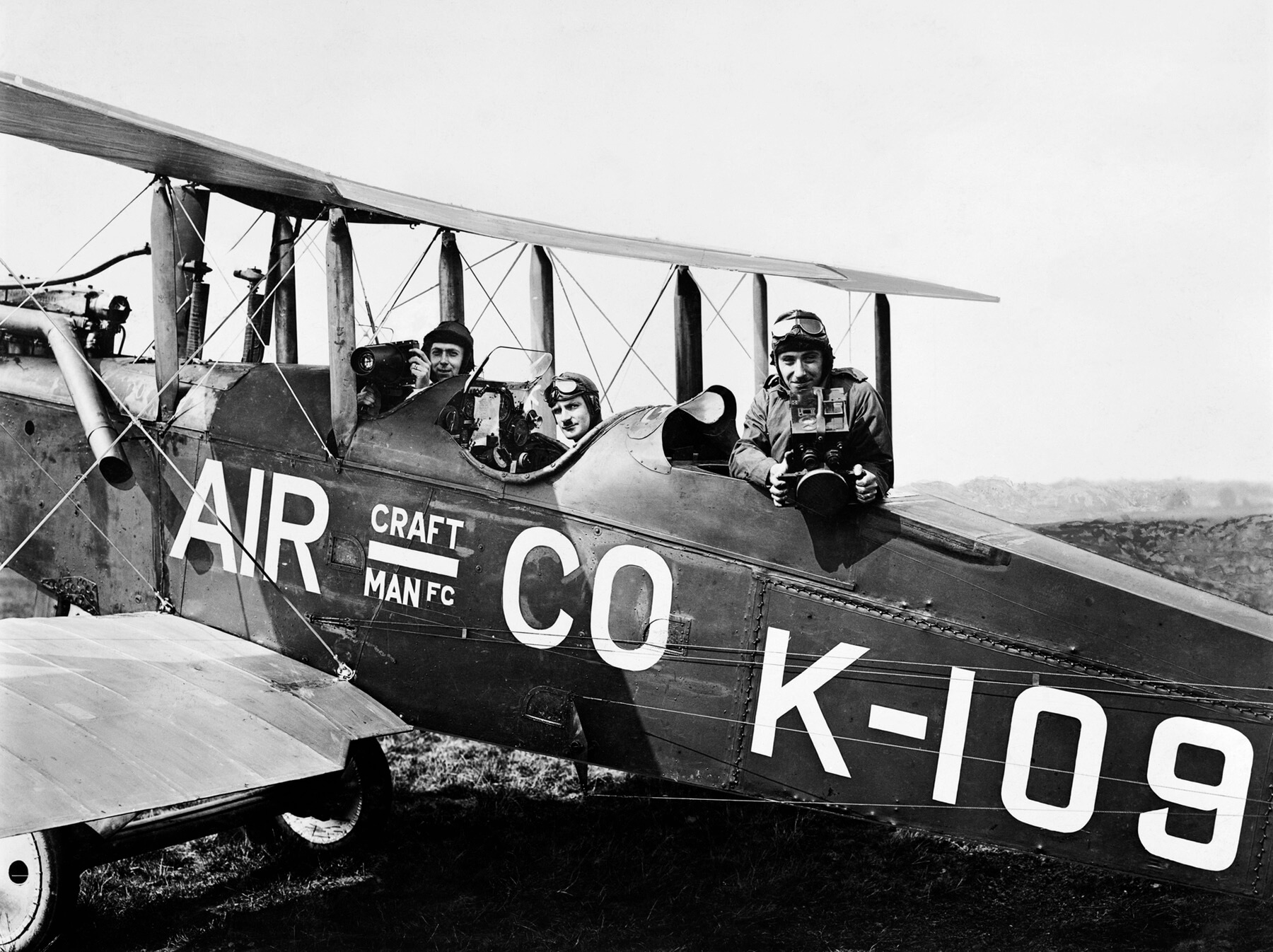 Have you seen an air photograph of where you live?  Perhaps you’ve got used to the view by using a website like Google Earth.

These days it’s easy to get an aerial perspective on the world, but this has happened only recently.  Our lavishly illustrated new book, Aerofilms: A History of Britain from Above, tells the story of how the entrepreneurs of Aerofilms Ltd turned aerial photography from a military specialism of the First World War into a commercial enterprise that would capture Britain from the air in hundreds of thousands of unique snapshots.

The men and women of Aerofilms were running a business, but they created an archive that today throws light on the transformation of our built environment. This remarkable collection of aerial photographs spanning the years from 1919 to 2006 is now cared for by English Heritage and our archive partners, the Royal Commissions on the Ancient and Historical Monuments of Scotland and Wales. Since 2011 we have been working together on a Heritage Lottery Fund project called “Britain from Above” to conserve, digitise and catalogue the oldest and most fragile negatives. By the end of 2014, some 95,000 images dating from 1919 to 1953 will be freely available on the Britain from Above website.

Our bowww.britainfromabove.org.ukok draws on these photographs to tell the story of this remarkable firm and how it created an enthralling picture of Britain in the twentieth-century. Aerofilms was set up on 9 May 1919 in the aftermath of the First World War. Its founders were pioneer aviator Claude Grahame-White and Royal Naval Air Service veteran Francis Lewis Wills. Grahame-White, a household name since 1910 when he became the first Briton to qualify as an aeroplane pilot, was in dire financial straights as the Government cancelled his company’s aircraft construction contracts. Wills, meanwhile, had realised the value  – and commercial potential – of aerial photography as he flew over the North Sea on the hunt for German submarines. Could they make Wills’ untried, untested idea work?

At first they ran the business from a bedroom suite at Claude Grahame-White’s London Country Club on the London Aerodrome, Hendon. Hiring aircraft and pilots as commissions came in, Francis Wills developed glass plate negatives in the bathroom. The early days trying to take the perfect air photograph for clients weren’t without incident. Flying below the legal height over London, Aerofilms crashed twice in 1920 and would be warned a number of times by Special Branch for breaking the rules. But it was this daredevil behaviour that meant they could take such detailed photographs of Britain’s towns and cities.

Over time, Aerofilms built up the largest and most historically significant body of oblique air photographs in private ownership. The company’s clients were often manufacturers, and Aerofilms would fly anywhere in Britain and Ireland to meet their clients’ needs. This means that the collection is full of remarkable air photographs of urban and industrial scenes that are now completely lost. As well as textile mills and collieries there are rope walks and tanneries.   You can find cities before the Blitz and town centres before post-War redevelopment. There are even rural scenes such as hop-fields, orchards and farmsteads with beautifully thatched hayricks.

Aerofilms recorded the rapid and dramatic changes to these landscapes that happened both before and after the Second World War. New housing, new roads and new infrastructure, such as the birth of the National Grid, were all captured from the air. This is an important theme throughout the book, as we have tried to tell the story of the changing world that Aerofilms watched pass beneath their wings.

Katy Whitaker is the Britain from Above project Cataloguing Team Leader in the English Heritage Archive. Her specialist area is the archive’s early twentieth-century aerial photography collections, which along with the archive’s other holdings are publicly-accessible for research into the historic environment.

Aerofilms: A History of Britain from Above at the English Heritage shop.

1 comment on “Aerofilms: A History of Britain from Above”