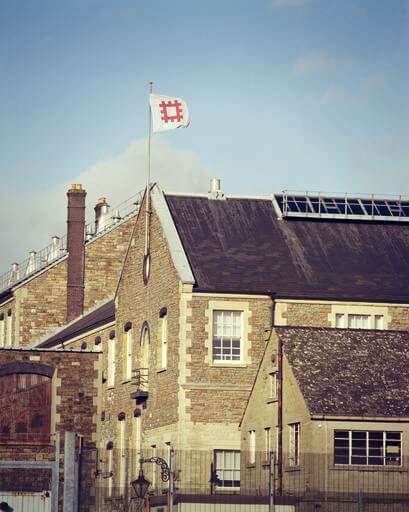 In this third installment of Kate Bevan’s Finding Your Home’s History we find out about her home’s first inhabitants and we also discover an interesting similarity in their daily commute.

In my last post, I found out a little bit more about the structure and fabric of my house – how it was built and what the different rooms were originally used for. I also discovered a Christmas card addressed to ‘Louisa’ and dated 1897. I really wanted to find out who Louisa was, and learn about the people who had lived in my house in the earliest part of its history.

I already knew from my research that the house had been built some time after 1877, so I began by looking at the census records for the following census, in 1881. The census was taken every ten years, so this was the closest I could get. I searched on the Ancestry website and found some entries for Redcross Street, the name of the street before it was changed to Radnor Street. The census lists the house numbers, and this caused me a bit of confusion at first, as the numbers didn’t match up with today’s numbering – there didn’t seem to be enough houses listed on the census! After looking again at the Ordnance Survey maps from the time, I realised that the census was taken before all the houses in the street had been built, meaning that the house numbers were different to how they are today. I managed to work out that my house would at that time have been listed as 7 Redcross Street.

The 1881 census told me that a widow, Elizabeth Tuck, was living in my house along with her six children. The entry states that she was ‘living on her own means’, suggesting that although she didn’t have a job (these are usually stated on the census) she was able to support herself and her six children. I found this interesting as I’d thought the houses were built solely for the purposes of accommodating railway workers, but there was no mention of Elizabeth working for the Great Western Railway.

The next census wasn’t taken until 1891, so I turned to the electoral registers to try and fill in the gap. Electoral registers, compiled annually, list the names of those eligible to vote in each house. There was no record for anyone at my address until 1890, presumably as Elizabeth Tuck was still the head of the house – women were not allowed to vote until 1918, and even then only those over 30 were given the vote. The voting age for women was reduced to 21 in 1928.

I managed to find an entry for my house in the 1890 electoral register, listing Joseph Cannon as eligible to vote. This showed that between 1889 and 1890 Elizabeth Tuck must have moved from the address, and Joseph Cannon moved in. The electoral registers don’t give any other information though, and so I turned to the 1891 census to see whether Joseph had any family with him when he moved in.

I found that in 1891 Joseph Cannon, his wife Louisa and their six children, James, Elizabeth, George, Joseph, Emily and Charles, were living in my house. It must have been quite crowded! I had managed to track down Louisa, the owner of the Christmas card, and I used the information from the census to find out a bit more about her and her family. Joseph, the head of the family, came from Hertfordshire, while Louisa was originally from London. Joseph worked as a boilermaker’s assistant at the GWR works, as did his two eldest sons James, who was 19 in 1891, and George, who was 15. The other children were scholars at the Clifton Street Board School. This building still exists at the top end of Radnor Street, although it has now been converted into offices.

These discoveries meant that I could begin to picture what life would have been like in those days. The house would have been cramped with very little opportunity for finding a quiet corner, and I suspect money would have been rather tight. I can imagine the children running up the road to the local school, while their father and older brothers walked down to the GWR works – the same walk that I make each day to work in the converted railway building where Historic England now has its offices.

I wanted to trace the story of the Cannon family to the next census, but found that Joseph must have died shortly after the 1891 census was taken, as he didn’t appear in any of the electoral registers after that date. Times must have been very hard for Louisa and her family, and I was pleased to discover that by the next census, in 1901, she had remarried and was still living in the house with her new husband, William Harris, and her three younger children. William also worked at the GWR works, as a machinist.

My research into the family had shown me a little about life in Swindon in the 1890s, and the impact that the railway had on the town and on the lives of the people that lived there. I was interested to see whether the Cannon’s were a typical family of the time, and what else I could find out about life in Swindon as part of a railway worker’s family.