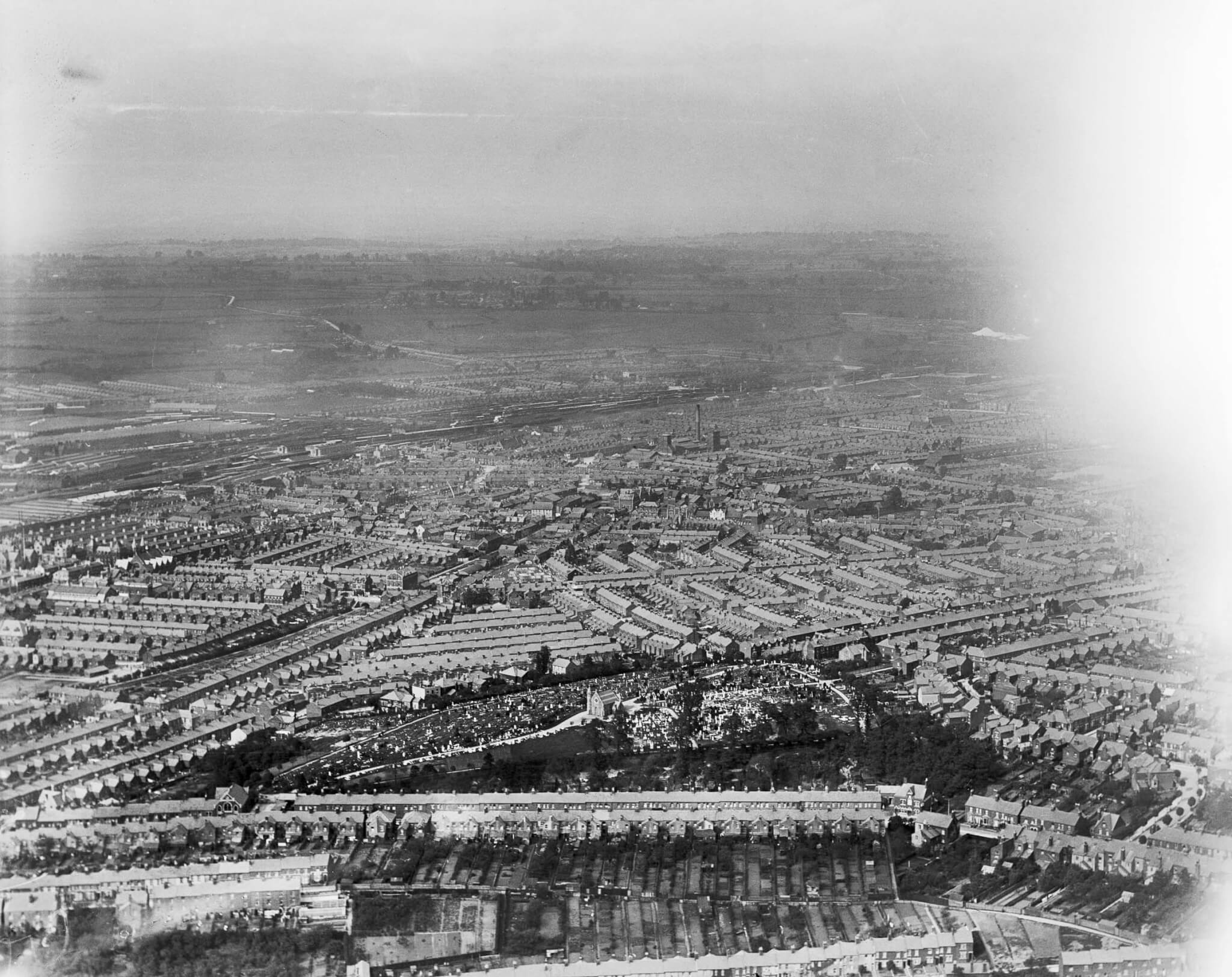 Kate Bevan is the Cataloguing Team Leader for the Historic England Archive Team in Swindon and is also leading the development of the Your Home’s History section of our website.

In 2009 I bought my first house. Having lived in Swindon for a couple of years, I knew the town fairly well, and opted for a small terraced house near the centre, in need of considerable redecoration. Any free time over the next few years was spent on painting and DIY, but once that was finished I decided I’d like to know a bit more about the history of the house, when it was built and who had lived there before me.

I already knew a little bit about the history of Swindon. It had been a small, fairly insignificant town with a population of less than 3000 until the mid 19th century, when the decision was made to base the new Great Western Railway works there. As a result of this, the town expanded rapidly in the second half of the 19th century, and thousands of identical small terraced houses were built in a relatively short space of time. Mine was one of these, built to house railway workers and their families.

The survey which had been done on my house before I bought it gave a suggested construction date of 1900. I started my research by looking at old Ordnance Survey maps of the town, to try and work out whether this date was right. The first edition of the 1:2500 Ordnance Survey map, which was made before 1893, shows that some of the houses on my street, including mine, had already been built. However, building work had yet to start on some of the surrounding streets, which are still shown as fields on the map. By the next edition of the Ordnance Survey, carried out from 1891-1921, many more houses and streets in the surrounding neighbourhood had been built, although the street adjoining mine was still in use as allotments.

Looking at the maps had given me a good overview of how quickly the neighbourhood had changed from rural fields to rows of terraced houses. I’d also found that the surveyor’s date of 1900 was in fact several years too late – my house had certainly been built before 1890. I decided to see whether I could pinpoint the exact date of building.

A bit of digging around in paperwork produced by the solicitors when I bought the house unearthed the title deeds. These showed that in 1877 a large plot of land was sold by James Hinton to William Langford. The deeds outline the building restrictions for the plot, and also specify that no ‘tavern, beerhouse or refreshment house’ could be built on the site. This narrowed down the date of the house considerably – I now knew it must have been built between 1877 and 1890.

At this point I decided it was time to make my first visit to the local record office. For my house in Swindon, this meant a trip to the Wiltshire and Swindon History Centre in Chippenham. I began my research here by looking at the New Swindon Board Minutes. These were the minutes of the local council, which luckily had an index so could be searched by street very easily. In the second register I looked at, I found an entry for my street on 5th May 1881, in which a proposal was made to change the name of the street from Redcross Street to Radnor Street. The proposal was passed, and the street has been known as Radnor Street ever since. The minutes didn’t give a reason for the change, but it certainly explains why the flats at the top of the road are called Redcross Place!

So far I felt that my research had led to some interesting new discoveries about my house – I’d managed to narrow down the date of construction, and found out a bit more about the local area and how quickly it had grown after the railway came to Swindon. My next steps would be to look at the design of the house in order to find out how people lived when it was originally built, and to research the previous owners. I was particularly interested to discover who moved in when the house was first built!

6 comments on “Finding Your Home’s History”