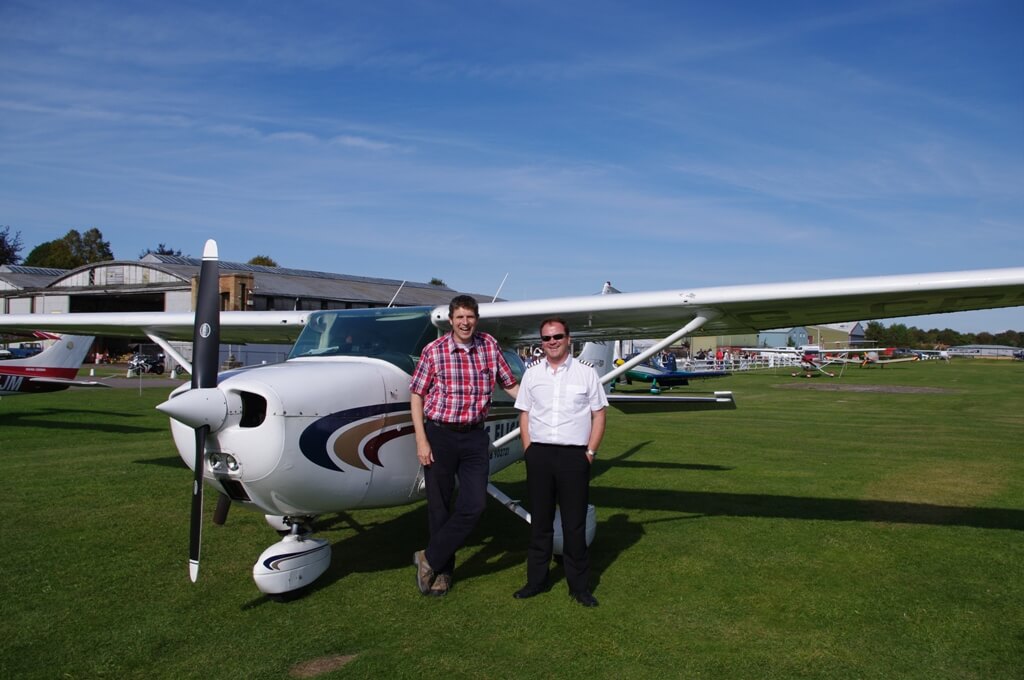 After many years working in heritage and archaeology Ben Robinson joined English Heritage as a Team Leader and Inspector of Ancient Monuments in 2009 and is now a Principal Heritage at Risk Adviser. Ben talks to us today about presenting BBC Four’s new series The Flying Archaeologist.

I have a challenging and immensely rewarding job working with colleagues, owners, local authorities and grant-aiding organisations to prevent our most vulnerable and most important buildings and archaeological sites from being lost. But last year I was given a different kind of challenge. I was given the opportunity to present a short series of programmes that combine two passions of mine – archaeology and flying. It all stemmed from a short film I made with BBC East a few years ago about my ‘aerial archaeology’ hobby. The BBC liked the idea of looking at heritage from a different perspective, and set about researching some suitable programme themes.

The production team went straight to Helen Winton, Aerial Investigation and Mapping Manager at English Heritage, whose team creates new maps of our heritage – detailed surveys of important and threatened areas of landscape that then serve as a basis for conservation and research (National Mapping Programme). Their work has been wide-ranging and there was plenty of subject matter to discuss. Eventually, however, it was decided that the series would focus on four places – the area around Stonehenge, The Norfolk Broads, Hadrian’s Wall, and the Hoo Peninsular in Kent.

These are very different landscapes and special in their own distinctive ways, but they share one thing in common. In each case the mapping of historic features from the air, often requiring the examination of tens of thousands of aerial photographs, has changed our understanding of their heritage. It has also raised significant new questions about them.

One of the joys of filming the series was getting some quality ‘air-time’ in helicopters and light aircraft over some of the most intriguing and inspiring places in the land. Another was meeting so many people whose work I had read about, or with whom I had corresponded, but not actually met before.

Ben Robinson is Principal Heritage at Risk Adviser at English Heritage (East Midlands). The Flying Archaeologist programmes will be shown as a series starting on Monday 29 April at 8:30pm on BBC Four.

8 comments on “The Flying Archaeologist”