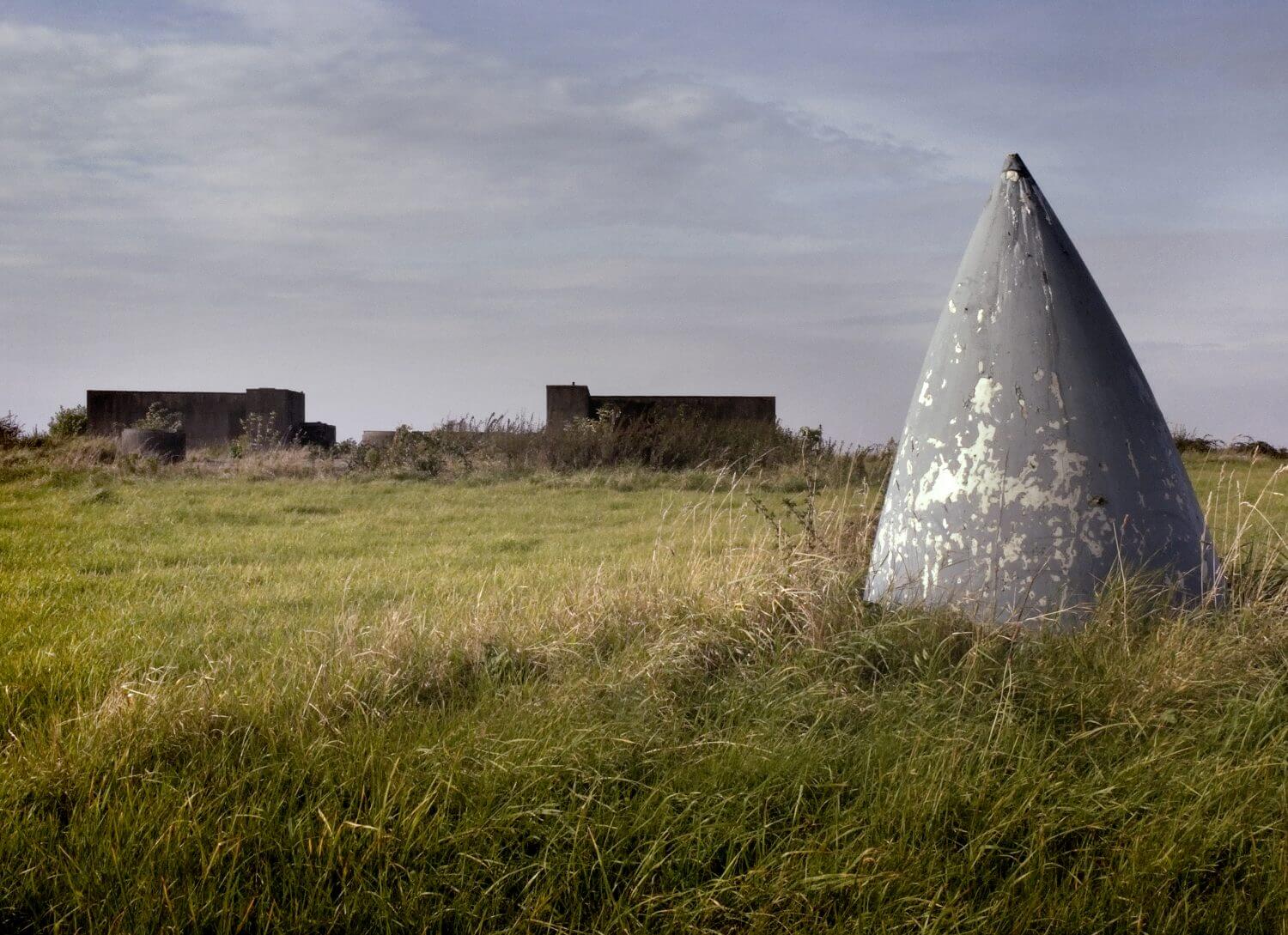 In October 1962 the world stood on the brink of nuclear war.

On the 14th October, United States spy planes flying over Cuba spotted sites being prepared for Soviet nuclear-armed missiles which could threaten large areas of the USA.

To prevent further Soviet reinforcements, the president, John F Kennedy, ordered a naval quarantine of Cuba. How would the Soviets react? Would the United States attack Cuba?

Later, as newspapers reported the developing crisis, people on both sides of the Atlantic feared it might mean war.

Far from Cuba, down remote country lanes in eastern England, Britain’s nuclear forces were quietly being prepared for action.

Nuclear armed V-bombers were made ready and by Saturday 27th October crews were in their cockpits at 15 minutes notice to take-off. Fifty-nine of the 60 Thor nuclear tipped missiles were readied for launch: the first strategic ballistic missiles placed in the West.

In 2012 DCMS listed two Thor nuclear missile sites – one in Harrington, Northamptonshire and another in North Luffenham, Rutland.

Technologically, the Thors represented the next generation of missiles beyond the wartime German V2s and the first strategic ballistic missiles to be placed, ready for use, in the West.

Symbolically, the sites reflect the special nuclear relationship between the United Kingdom and the United States which endures to this day. The missiles were supplied by the United States, but manned by RAF crews. The launch procedure was based on a dual key system, one held by a British officer and the other by an American.

Sites associated with warfare, from Roman forts and medieval castles to Victorian coastal fortifications, are some of our most prominent historic monuments.

The missile sites and nuclear citadels of the Cold War may represent the final chapter in the national story of fortified structures. Whether they are or not, these modern ruins offer an interesting place to ponder a turning point in history.