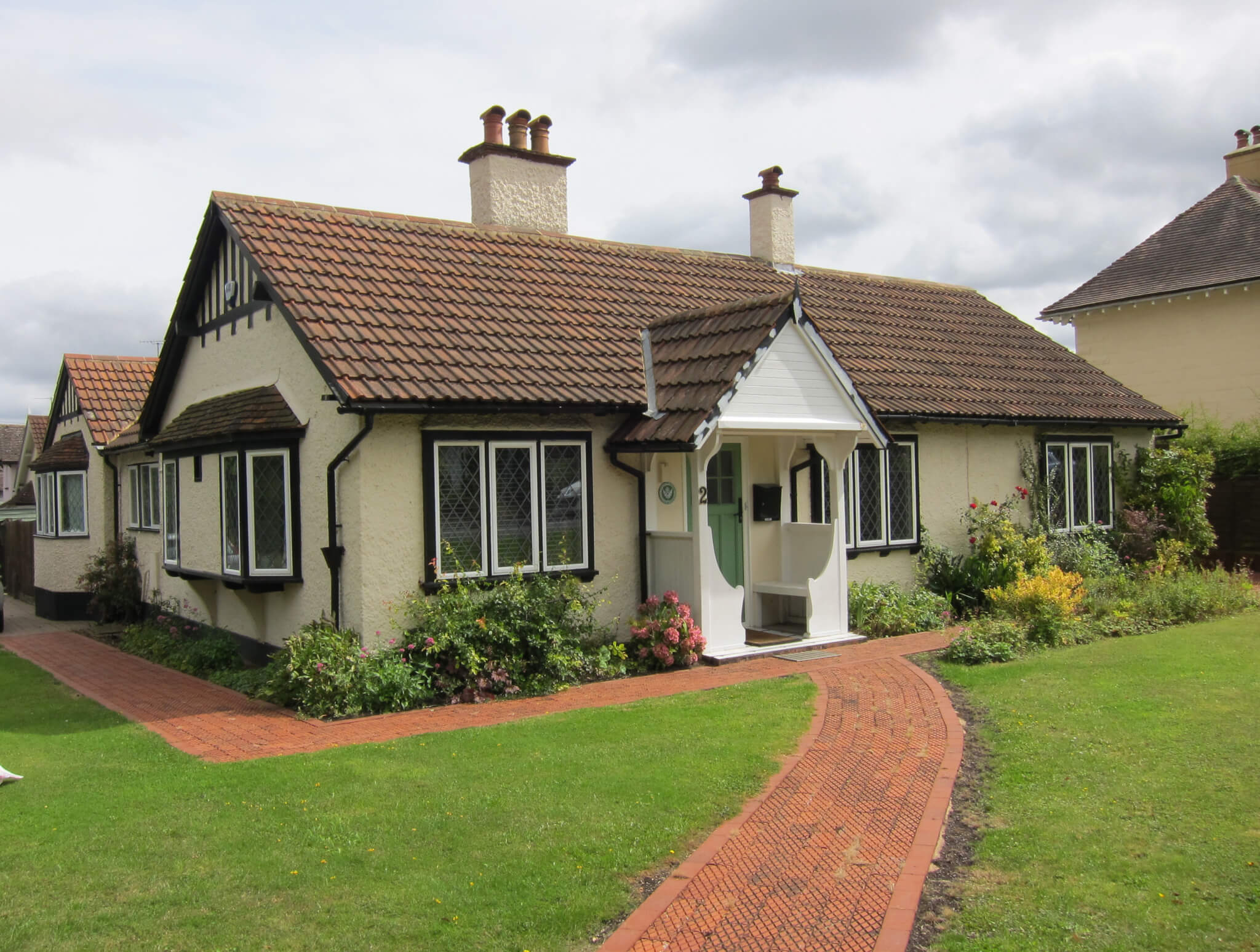 During the 20th century a number of houses have been built for demonstration purposes as much as occupation.

One idea that caught the public imagination was for an area of dwellings in a variety of designs that could be visited as a temporary exhibition. The purpose of such displays was often to show examples of well-designed, low-cost housing or showcase innovation in planning and building methods and materials.

There were precedents for this kind of display but it was the 1905 Cheap Cottage Exhibition at Letchworth that really launched the trend. A flurry of model housing exhibitions took place before the First World War, promoted by a mixture of campaigning organisations and private developers. Since then the notion of exhibitions that serve as ‘brick-and-mortar object lessons’ has been revisited on several occasions. The last instance was probably Futureworld, held in Milton Keynes in 1994, so perhaps the idea is due for a revival.

The Cheap Cottages Exhibition ran from July to September 1905 and attracted over 60,000 visitors to the nascent Garden City. Derived from a campaign for affordable rural houses led by J. St. Loe Strachey, editor of The Spectator, some 130 cottages were built around Norton Common (of which 120 survive). Two years later a second exhibition was held for ‘Urban Cottages and Town Planning, Small Holding Cottages and Homesteads, Building Accessories, Plans and Models’.

Private developers were quick to pick up on the idea of model housing exhibitions and the first was held in 1906 on the Lancashire coastline at Cleveleys. Participating architects included Patrick Abercrombie, now better known as a pioneering town planner, and Edwin Lutyens.

The suggestion for a Yorkshire and North Midlands Model Cottages Exhibition came from the National Housing Reform Council, enthusiastic supporters of these kinds of events. After the exhibition was held in 1907 the cottages were acquired by Sheffield Corporation. The exhibition site forms part of an early and important municipal suburb whose initial phase was designed by Percy Houfton, awarded the first prize at the 1905 Letchworth exhibition for his cottage design.

The North of England Garden City Exhibition took place in 1908. Laid out along gently curving roads, it had four classes of houses whose costs ranged from £195 to £350.

In 1922 an exhibition in the second Garden City was sponsored by Alfred Harmondsworth, Viscount Northcliffe, proprietor of the newspaper from which the site took its name. Its opening was timed to coincide with the Ideal Home Exhibition and the focus was on new building systems and modern household appliances. Disabled ex-servicemen were amongst the cottage builders.

Conceived as a commercial venture to promote the residential development of land at Gidea Hall in 1901-11, the housing was aimed at people with higher incomes than was usual for model cottage exhibitions. In 1934 a second exhibition was held as part of an attempt to revive the development. This included a number of houses of Modern design.

The idea of a permanent housing exhibition was revisited several times in the Buckingshamshire new town in the 1980s and 1990s. Three were held – Homeworld 81, Energy World and Future World – intended to demonstrate innovation in housing design and construction and address issues such as energy efficiency.

These permanent cottage exhibition sites have been investigated as part of Historic England’s work on suburbs. Find out more here.

2 comments on “In Suburbia: Cottage Exhibitions”