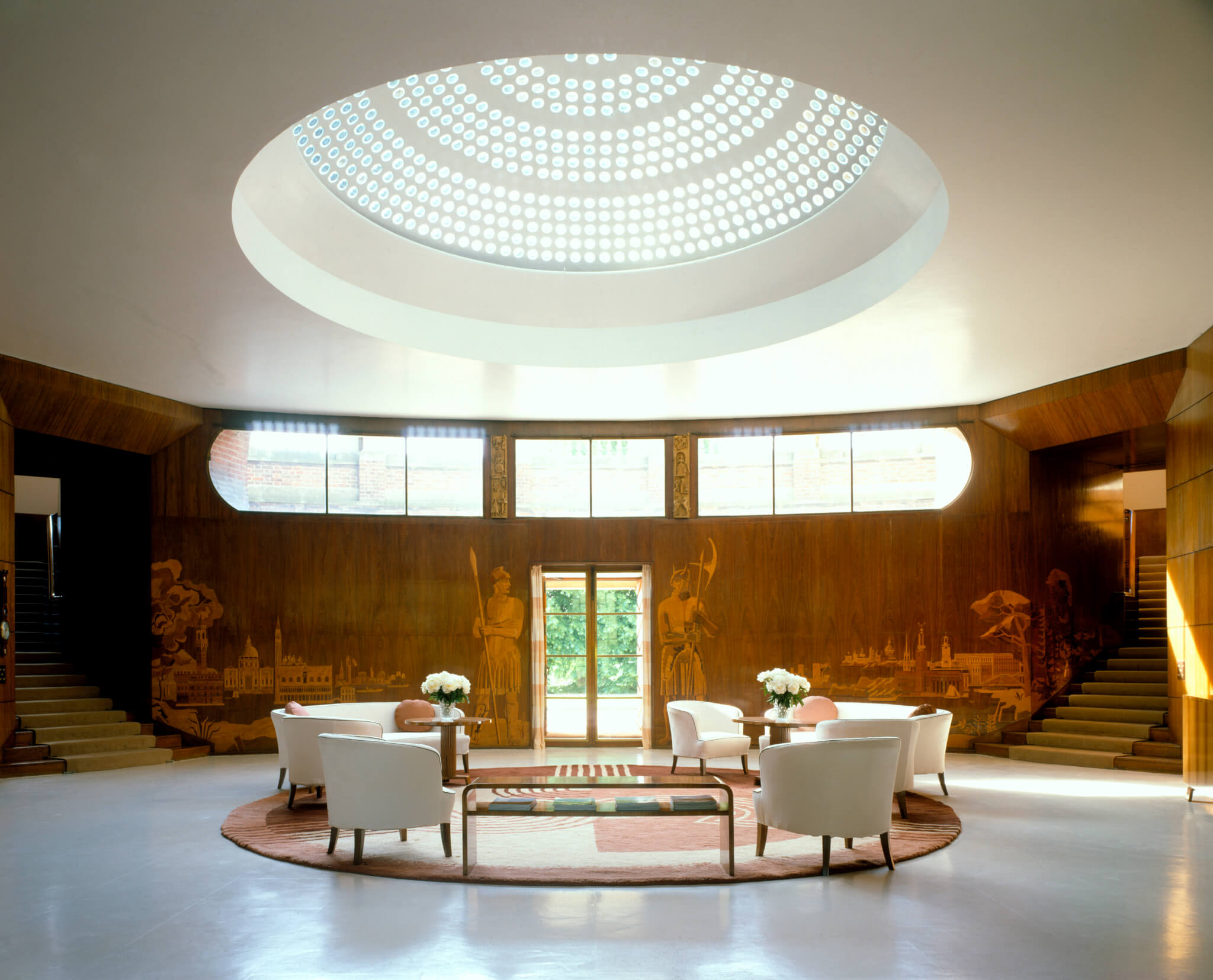 When you visit a country house open to the public, look beyond the elaborate plasterwork, elegant furniture or collections of Old Masters and ask how the family and their servants lived from day to day in such houses.

Innovative technological advances of the time where adopted, and can still be found on display, particularly in those country homes which have now opened up their servants’ quarters to the visiting public.

Here are 6 objects which contributed to comfortable living:

Cleaning floors, and particularly carpets and rugs, had been a major household chore for housemaids in Victorian and Edwardian houses, but vacuum cleaners, removing dust by suction rather than beating or sweeping, were developed in the early 20th century.   This picture shows a suction pump in the basement of Eltham Palace near London: the housemaid had to attach hoses to outlets in the skirting boards of the upstairs rooms and the dust was sucked out of the carpets into the dust extractor below. Some modern houses have reverted to this system now, of course!

2. The provision of coal and hot water to bedrooms at Audley End.

Usually, hot water for bedroom washstands and coal for fires had to be carried up the back stairs from the basement by housemaid and footmen. As early as the second half of the 18th century, a service area was included on the second floor of the house at Audley End and coal lifted to this height by means of an exterior hoist on the garden front of the house! Water was also pumped to this level and could be heated, although the present boiler is 19th century in date. This Coal Gallery has recently been restored by English Heritage and is very popular with visitors.

Bathrooms were rare in country houses before the late 19th century, and then dressing rooms were sometimes used for this purpose. Hip baths were usually filled from hot water cans carried to bedrooms by servants. The water in this tin bath at Tatton Park was kept warm by a firebox at the bottom of the bath. Similar baths were sometimes heated by gas jets in the base – a somewhat unnerving experience?

4. Summoning the servants at Abbotsford.

Sprung and electric bells were used to summon servants to the family rooms. This is a rare example of a pneumatic bell push, which worked by creating a current of compressed air which rang the bell in the basement below. This example was devised for his house at Abbotsford in Scotland by Sir Walter Scott, who loved all things medieval, and carved from wood to resemble a medieval face and topped by an urn.

Kitchens were very prone to catch fire and in many cases were placed in separate buildings away from the house. One solution was to provide a fireproof ceiling as here at Florence Court in Northern Ireland. The kitchen was housed in the basement of a pavilion detached from the main house but at some point in the 19th century, the Earl of Enniskillen created a museum for his prized collection of fossils on the floor above and had a cast- and wrought-iron ceiling installed in the kitchen to resist the spread of fire.

6. A railway for transporting food at Belton House, Lincolnshire.

When kitchens were placed in external pavilions, the food carried though a basement corridor was cold by the time it reached the dining room. Here at Belton House, a solution was found to speed this up as well as to make life easier for the footmen. This small flatbed truck ran on a waist-high railway track, and could support the heavy trays which were pushed along from the kitchen to the dumb waiter at the other end.

The home of Lord Armstrong, Cragside in Northumberland, is well-known for being the first house to be lit by hydro-electricity and then using the first incandescent lamps made by Joseph Swan of Newcastle.  Some of these were mounted on cloisonné vases which had previously held kerosene lamps; the electric current flowed through the metal bodies of the vases and the mercury-filled cups in which they stood, so that the lamps could be extinguished by removing them from the cups. Two of these lamps survive in the library at Cragside, although they no longer have electric current flowing through the bodies!

How many similar features can you find when you visit stately homes? You can add your findings and images to the List. Show us where you’ve been and make your mark on history by Enriching the List #ListEngland

Objects similar to those mentioned in this blog and many others can be found in this new book by Marilyn Palmer
and Ian West, published by Historic England in association with the National Trust. The book looks at the physical evidence for the greater levels of comfort and convenience sought by landowners in country houses from the 18th to the early 20th centuries.