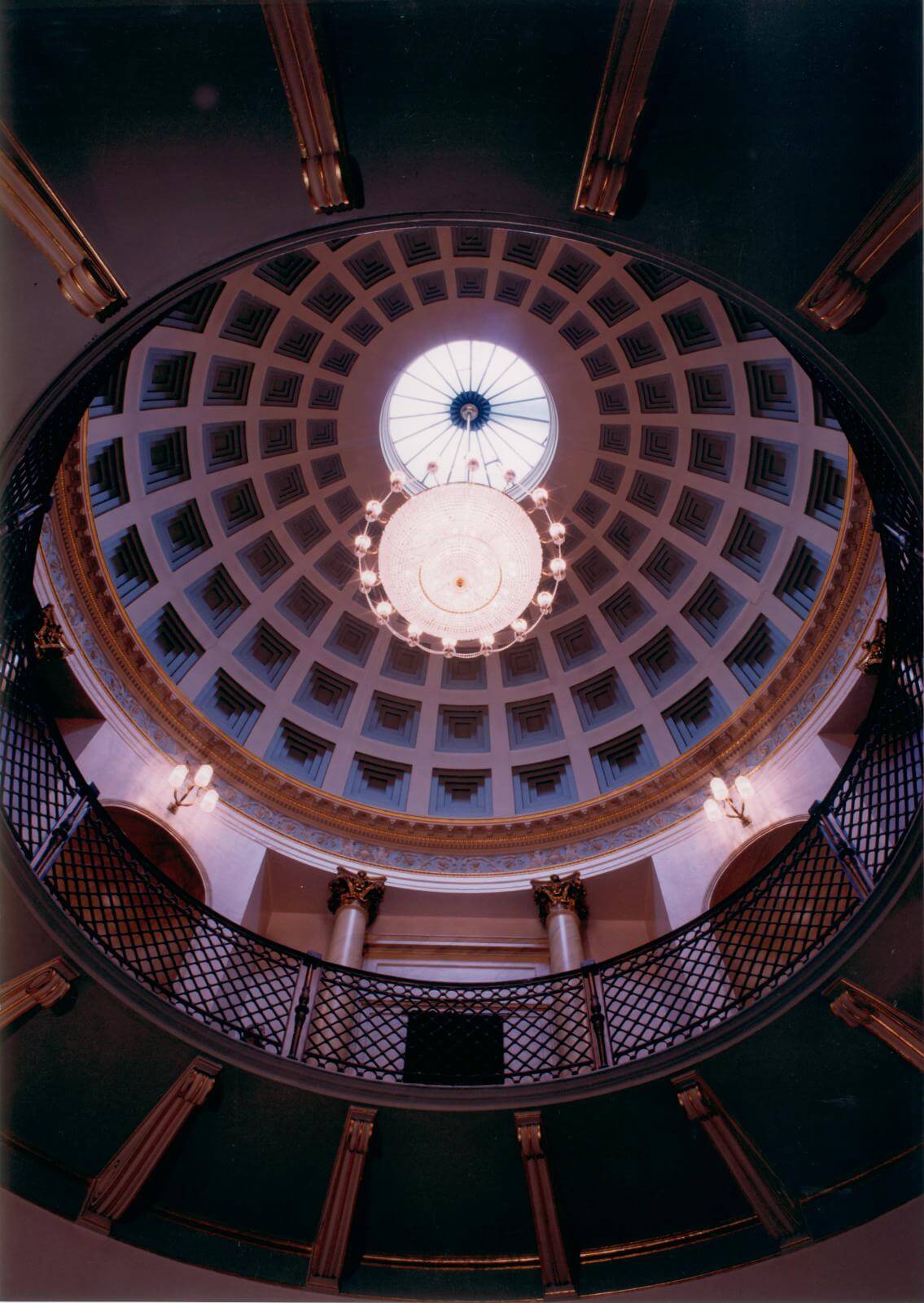 ‘One evening the King will say ‘Oh, Liza, old thing, I want all of England your praises to sing. Next week on the twentieth of May, I proclaim Liza Doolittle Day’.

Written by Joe Flatman, Head of Central Casework and Programmes at Historic England

For those who love the musical play and film My Fair Lady, the 20th May is celebrated annually as Eliza Doolittle Day: a light-hearted commemoration of all things musical-related. This 20th of May is especially significant, as it falls in the 60th anniversary year of the play’s stage premiere on Broadway in New York in March 1956. In celebration, here we present a series of listed sites in England associated with My Fair Lady.

My Fair Lady is a musical adaptation of George Bernard Shaw’s play Pygmalion, which has a virtually identical plot and lead characters. Written in 1913, Pygmalion premiered in Vienna on 16 October 1913 and then in London on 11 April 1914 at His (now Her) Majesty’s Theatre, Haymarket.

The first person to play the character of Henry Higgins was actor-director-impresario Herbert Beerbohm-Tree, who was a close friend of Shaw. Beerbohm-Tree, the founder RADA, the Royal Academy of Dramatic Art (1904), is commemorated in an official blue plaque on his former home 31 Rosary Gardens, South Kensington. Shaw donated all of the royalties from Pygmalion to RADA, allowing the academy to benefit substantially from the later success of My Fair Lady.

My Fair Lady’s British stage premiere was held on April 30 1958 at the Theatre Royal, Drury Lane, London. The play ran for five consecutive years, starring the then little-known actor Julie Andrews as Eliza Doolittle, alongside Rex Harrison as Henry Higgins.

The Theatre Royal is Grade I listed, the highest level of protection given to buildings, and was originally built between 1811 and 1812. There have been four incarnations of the theatre on the same site, the earliest dating back to 1663, making it the oldest theatre site in London still in use.

It is thought that George Bernard Shaw wrote the majority of his plays, including Pygmalion, at a house in the small Hertfordshire village of Ayot St Lawrence that he lived in from 1906 until his death in 1950. It is said that Shaw mostly wrote in a secluded, revolving hut at the bottom of the garden, home-built on a revolving mechanism so that Shaw could follow the sun throughout the day. The home and grounds known collectively as Shaw’s Corner are now in the care of the National Trust.

A film version of Pygmalion was produced in 1938, starring the well-known inter-war actors Leslie Howard as Henry Higgins and Wendy Hiller as Eliza Doolittle. Filming took place entirely at the famous Pinewood Studios in Buckinghamshire, parts of which are listed. Heatherden Hall is a Grade II listed country house at the studios that was frequently used as a film location as well as to accommodate visiting actors, directors and production staff.

Perhaps the most famous scene in both Pygmalion and My Fair Lady is Eliza Doolittle’s first meeting with Henry Higgins outside St Paul’s Church in Covent Garden, where she is selling flowers. Built between 1631 and 1638 to the designs of Inigo Jones, the church is Grade I listed.

Another crucial location in the plays and films is Soho Square, London, about which Henry Higgins sings in the song Why Can’t the English? where he bemoans the poor quality of most spoken English.

‘Hear them down in Soho Square, Dropping ‘h’s’ everywhere, speaking English anyway they like…’

A number of sites in and around the square are listed, including the former Hospital for Women, 29 and 30 Soho Square, a Grade II listed building understood to be the first gynaecological hospital in the world.

The distinctive cottage in the middle of the square is also listed (pictured, Grade II). Despite its rustic half-timbered style, it in fact only dates back to 1925-26, when it was built for the Charing Cross Electricity Company as a disguise for an electricity sub- station.

A memorable moment in both the play and film, Eliza Doolittle Day is proclaimed by the King in Eliza’s dream sequence during the song ‘Just You Wait’ at St James Palace, London.

Originally built between c. 1533 and 1535 for Henry VIII on the site of the hospital of St. James, the palace has endured extensive additions and alterations throughout the 17th, 18th and 19th centuries. It remains to this day the official residence of the Sovereign and the most senior royal palace in the United Kingdom.