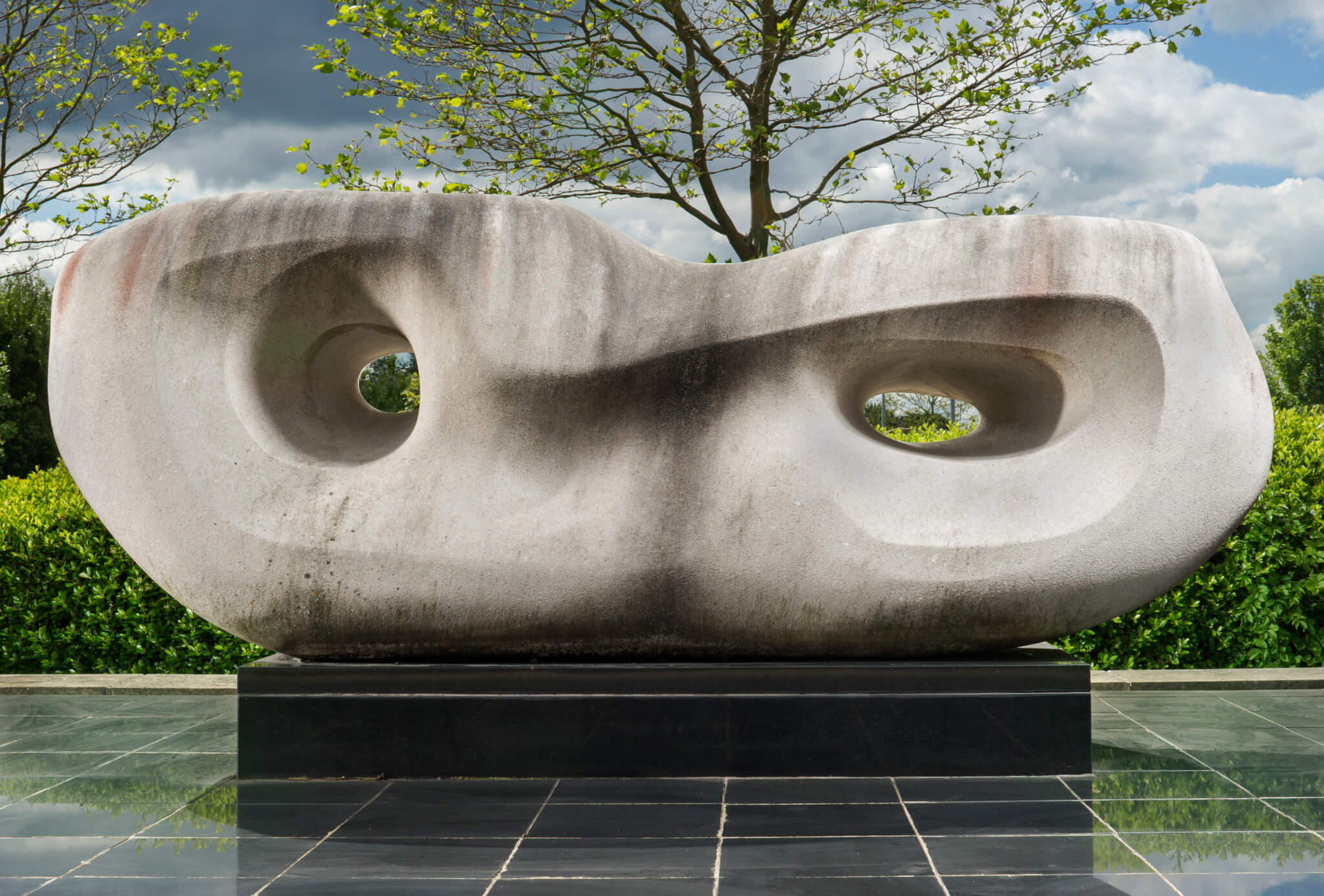 After the Second World War, England began to repair its shattered towns and cities.

During this rebuilding,creativity had a chance to flourish and so much of our public art was created. These sculptures were designed to bring our public spaces back to life, to humanise and enrich our streets, housing estates, work places, shopping centres, universities and schools. Sadly, art from this period is often at risk of being demolished, stolen, or simply forgotten.

In January 2016, 41 public sculptures from this period were listed.We’ve included a map at the bottom of this blog post to help you find them. Take a look and see which ones you may have passed without noticing.

When you’re striding along London’s Oxford Street, weaving through the crowds, it’s easy to miss one of Barbara Hepworth’s most important sculptures, high up on the side of the John Lewis store. Hepworth wanted to express a feeling of freedom through Winged Figure and said “if it gives people a sense of being airborne in rain and sunlight and nightlight, I will be very happy”.

The first Antony Gormley piece to be listed, this was one of his first public sculpture commissions and the beginning of a career dedicated to creating art for the public. A human figure, rooted to a granite boulder, listens to the world at a time when tensions over nuclear war were high. It was commissioned for Maygrove Peace Park which was formally opened on the anniversary of the atomic bombing of Nagasaki, Japan. Gormley often made casts of his own body for his works and this piece has a tiny hole drilled into the listening ear, bringing the bronze figure to life.

This might be a sculpture you drive past every day as it now stands in the middle of a roundabout in St Helen’s. A miner carrying a heavy lump of coal sits on top of a cutting drum- a genuine piece of mining machinery used to drill for coal. It was placed near the Ravenhead Colliery which closed when the reserves ran out. It is a heroic celebration of a once great local industry.

This is outside the Houses of Parliament and is often the backdrop to TV interviews with politicians. Henry Moore was one of England’s most important 20th century artists. He donated hundreds of his sculptures to galleries across the world and was at the forefront of explaining and promoting the art of sculpture.

This sweet little donkey can be found at the heart of a housing scheme in Harlow. Also known as Sculpture Town, Harlow was a “new town” in Essex which collected many sculptures for public spaces. Now worn to a shine, Donkey has been much loved over the years as a play sculpture. These were created to encourage children to explore and interact with art through play.

On London’s South Bank, a stone’s throw from the National Theatre, sit two serene and voluptuous female figures in conversation. The piece is typical of Frank Dobson’s later style, who once said “I like my gals round and full”. It was originally made of plaster and finished in gun metal due to post-war austerity.

In Ilkley you can find a stylised flock of sheep adorning the Technical Centre of the International Wool Secretariat, an organisation which promoted the use and trade of wool during the 50s and 60s. The centre was built in Ilkley because West Yorkshire was the main centre of the British woollen textile industry.

Both functional and fantastical, this sculpture covers a ventilation shaft for an underground car park. Designed by Edinburgh-born Eduardo Paolozzi, you can see his interest in machines and technology in the pipes, grilles and mechanical parts but there are also casts of insects, birds and fish.

Striking and surreal in the artist’s signature red, the two shapes of this piece are welded together at a single point, giving a gravity defying balance. Schottlander fled Nazi Germany in 1939 for Leeds where he worked in a factory as a welder whilst attending evening classes in sculpture. His pieces were of such a scale that they were perfect for public display and most can be found out in the open.

Spiral Nebula was created in polished steel to adorn the exterior of Newcastle University’s Physics Department. The building’s architect Sir Basil Spence felt it would detract from his architecture so asked for the piece to be painted a dull grey and sited at ground level in front. Its vertical antenna was stolen by vandals and the piece fell into disrepair until 2012, when the University asked the artist’s son Jonathan Clarke, also a sculptor, to restore it. Jonathan recalls that he had to remove 40 bin liners full of pigeon droppings from the sculpture’s cavities.

Commissioned as part of the “Art on the Metro” scheme, this sculpture also functions as a ventilation shaft. It celebrates Sir Charles Parsons, one of the most influential of all British engineers, who developed steam turbines in Newcastle. Its orange terracotta tiles were intended to “stir the curiosity of the locals” and are decorated with cogs and machine parts inspired by Parsons’ engineering drawings.