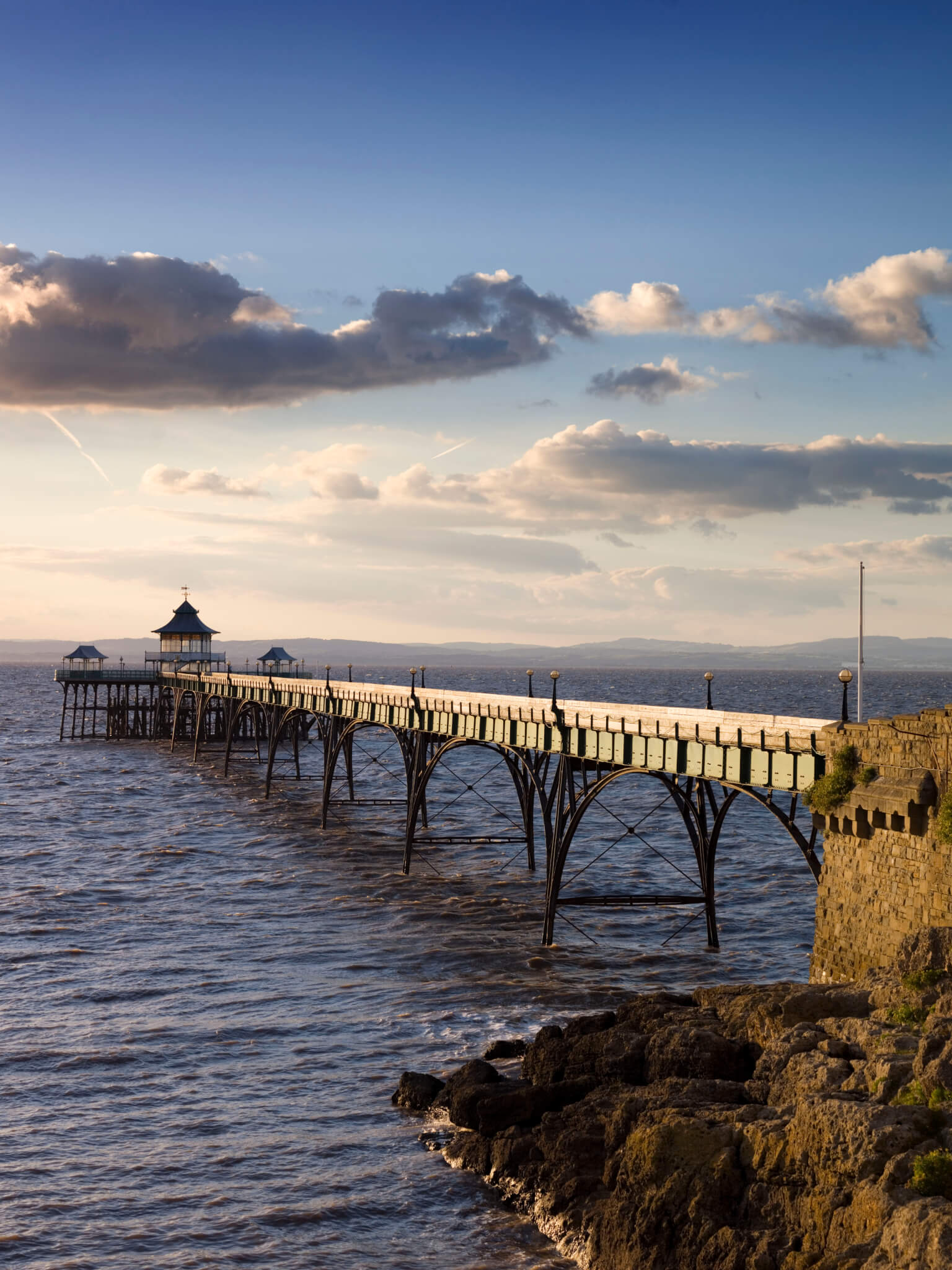 The seaside pier is perhaps the most iconic symbol of the British holiday resort. Despite the massive losses in the 20th century – through fire, the power of the sea and neglect – we still have more seaside piers around our coast than any other country in the world.

Piers continue to enthral and entertain visitors in resorts up and down the land; you can try angling, catch a steamer, take in a show, feast on fish ‘n’ chips, play the slot machines, experience the thrill of fairground rides or simply relax in a deckchair and watch the world go by.

Here are some of our favourites.

In the 1920s and 30s thousands of factory workers used to arrive on special excursion trains and head for Blackpool’s piers. They offered every kind of attraction including open-air dancing, roller skating, speedboats, diving displays, hypnotists and even a boxing kangaroo.

North Pier, the oldest, still has a theatre where entertainers such as Frankie Vaughan, Morecambe & Wise and Des O’Connor used to appear twice nightly throughout the summer. It was the birthplace of Sooty the Bear, whom Harry Corbett bought from a stall in 1947 for just 7/- (35p).

Brighton used to have two piers but all that remains of the West Pier is a steel cage in the sea, much loved by nesting starlings. Brighton Pier, formerly Palace Pier, opened in 1899 and is the most popular in the country.

Many films have been shot there including Brighton Rock, Quadrophenia and Carry On At Your Convenience. This Grade II* pier is unashamedly ‘candyfloss’ – a typical Kiss-Me-Quick pier with lots of rides and amusement arcades.

Built using an openwork wrought iron structure with discarded rails originally from Isambard Kingdom Brunel’s Great Western Railway, Clevedon Pier opened amid much fanfare on Easter Monday in 1869 and cost £12,000 to build. Much later John Betjeman was moved to describe the pier as: “like an insect in the sunlight.”

In 1970 disaster struck when two of the arch spans collapsed into the sea. The Clevedon Pier Preservation Trust spearheaded a rescue campaign and the partially restored pier reopened in 1989. Today this elegant pier stands as a testament to what can be achieved by a dedicated and determined local community.

Beautifully situated below the Hotel de Paris, where Oscar Wilde stayed in 1892, and is the launchpad for the RNLI lifeboat – you can visit the boathouse and view its historical exhibition for free.

The Britannia was badly damaged by fire in 1909, 1914 (allegedly caused by suffragettes after they were refused permission to hold a meeting on it), 1932 and 1954. Despite these setbacks the pier still stands today and its 1,200 seat theatre, which opened in 1958, entertains thousands of holidaymakers every summer.

It was the first true pleasure pier, sporting a 2,000 seat oriental style pavilion when it opened in August 1872. In common with many South Coast piers it was sliced in half during the Second World War II to prevent the Germans from landing.

In the 60s its ballroom played host to Jimi Hendrix, The Rolling Stones and The Who – tickets cost 15/- (75p).

At well over a mile Southend is the longest pier in the world, which allows boats to dock at its head at all stages of the tide. The pier has had a passenger train service ever since it opened in 1890 and underneath the entrance, there’s a fascinating museum.

At the end of the pier, there are a lifeboat station and the Royal Pavilion, where there are art exhibitions and comedy nights.

Southwold is a remarkable pier survivor on the Suffolk coast which opened without fanfare in June 1900. Originally 810ft long, it was cut in half during the Second World War to prevent invading forces from landing.

By 1960 it had shrunk to about 150 ft. A new owner almost single-handedly rebuilt it so that steamers could call in at the pier head. This is a beautiful pier with Punch and Judy shows and wonderfully quirky amusement machines.

Did we miss any? Let us know your favourite piers and promenades in the comments.

11 comments on “8 Beautiful Piers to Promenade”