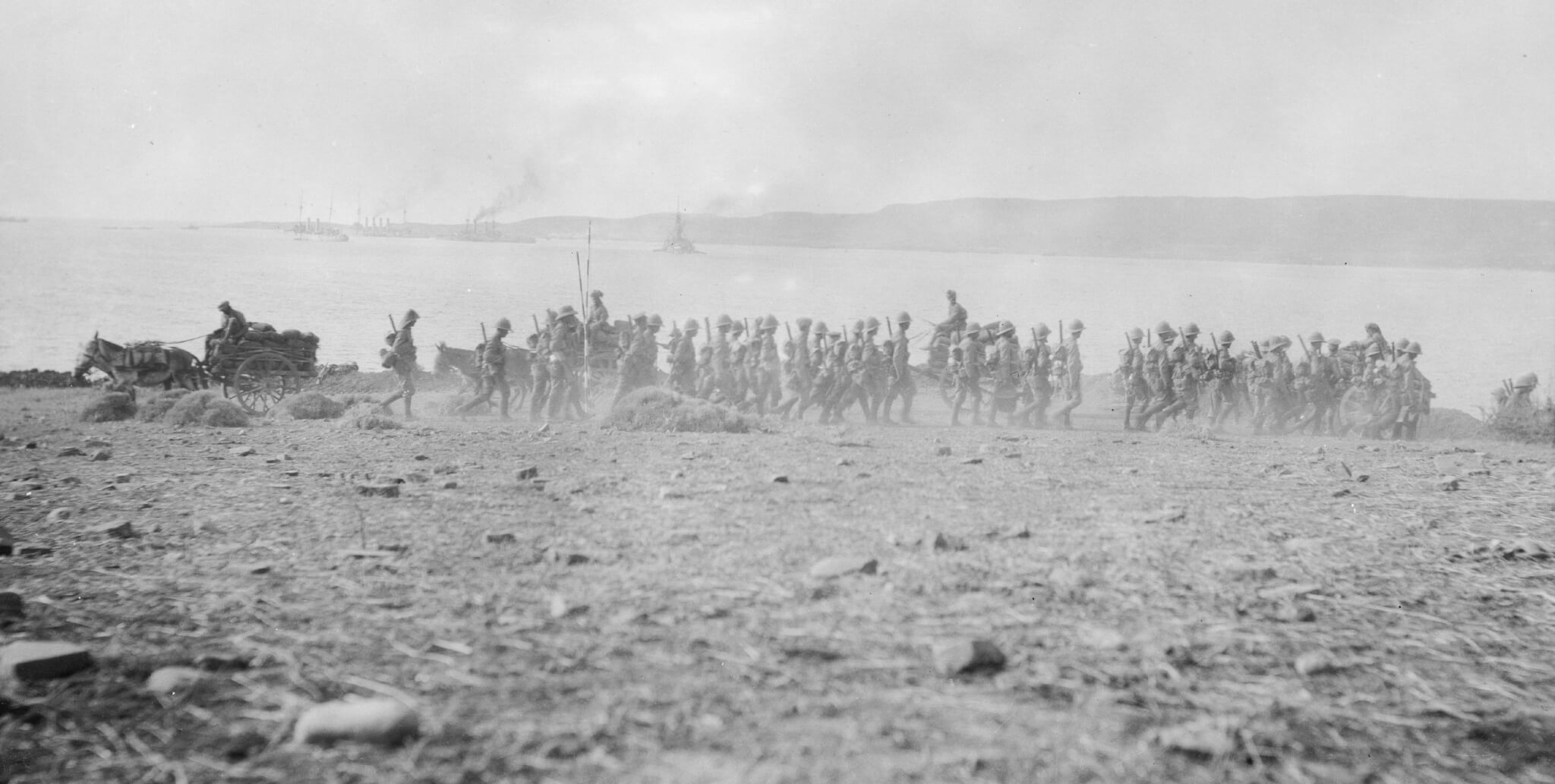 100 years ago tomorrow, the Allied force launched amphibious landings on the Gallipoli Peninsular. The aim was to control the straits and capture Constantinople (now Istanbul), the capital of the Ottoman Empire. The Allied landings, which included French, Australian and New Zealand troops, were heavily opposed by Turkish forces and a trench warfare stalemate followed in extreme heat and appalling conditions. This eventually ended in a disastrous Allied defeat with over 250,000 casualties, including 58,000 dead. Turkish losses were heavier still.

These seven war memorials, are notable among the tens of thousands in every village, town and city in the country for their association with the Gallipoli campaign. Like all war memorials, they are tangible and poignant reminders of events a century ago.

Historic England has embarked upon a major project to protect by listing 2,500 war memorials over the centenary period.

Unveiled in 1921, this memorial to all British servicemen who served at Gallipoli marks the place where King George V reviewed the 18,000 troops and 6,000 horses of the 29th Division on 12th March 1915 before they embarked for active service. Churchill overruled his generals to secure deployment of the 29th (originally destined for fighting in France) to launch a ground attack at Gallipoli after the British navy met stiff Turkish resistance.

Designed by Edwin Lutyens, whose father and uncle were both members of the Regiment, this memorial was unveiled in 1921 and has two unusual life-size painted stone flags of the type the architect originally envisaged for the Cenotaph in Whitehall. It commemorates the heavy losses suffered by the Fusiliers, including 600 of the 1000 men who came ashore in open boats at the ‘W’ beach, one of five beaches on the tip of the peninsula. An extraordinary six Victoria Crosses were awarded for bravery that day.

This memorial is unusual. It was originally erected as a private monument in 1916, one of the few constructed during the war itself. The Reverend William St Clair Tisdall, vicar of St George’s, commissioned it in memory of his two sons, one killed on the Somme and the other – Sub Lieutenant Arthur Walderne St Clair Tisdall – killed in action in the Second Battle of Krithia in Gallipoli on 16th May 1915. On the first day of the Gallipoli landings, he rescued comrades under fire on ‘V’ beach and was posthumously awarded a Victorian Cross for his valour.

This memorial, sculpted by Capt. Adrian Jones and unveiled in 1922, is in the form of a tall stone cross on an octagonal plinth in College Green close to the cathedral. Four bronze relief panels, each depicting a campaign where the regiment served during the First World War including Gallipoli, grace the plinth along with bronze panels listing the names of those who were lost.

This polished red granite obelisk commemorates those who gave their lives in the Third Battle of Krithia at Cape Helles on the Gallipoli Peninsula on 4th June 1915, when the battalion was virtually annihilated. The memorial, unveiled in 1919, stands overlooking land where the Royal Naval Division trained.

This modern memorial erected by The Gallipoli Association was unveiled by its patron, HRH Prince Philip Duke of Edinburgh, on 28th November, 1995, in the presence of eight survivors of the Gallipoli campaign. It takes the form of a stone tablet inset with two bronze reliefs. The lower panel is a map of the Gallipoli peninsular, while the upper one depicts the dramatic scene of an amphibious landing by troops.

Memorials take many forms. This was created by UK-based Turkish architect, Nadir Imamoglu, in 2004 at the Arboretum – 150 acres of trees and memorials of many kinds. Here the central glass mosaic showing a map of Gallipoli has message panels either side, including a speech of forgiveness relating to the Gallipoli campaign by Mustafa Kemal Attaturk, the founder of modern Turkey and its first president.