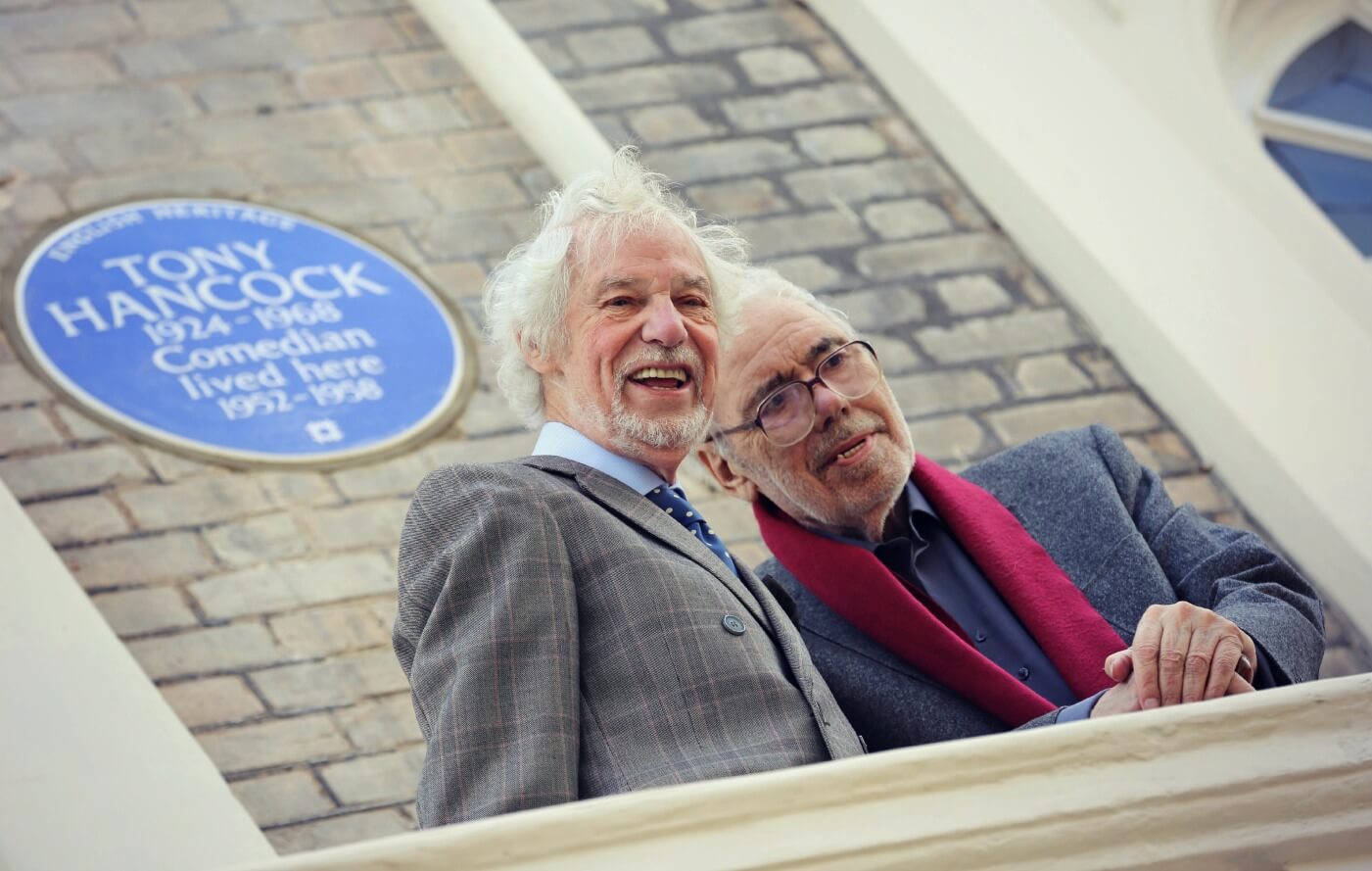 As English Heritage announces a blue plaque to the comedian Tony Hancock, the writers behind the radio and television series Hancock’s Half Hour – Ray Galton and Alan Simpson – reflect on their time working with him.

When we were asked to unveil the blue plaque at Tony Hancock’s one time apartment at 20 Queen’s Gate Place it brought back so many memories.  It was during the period Tony lived there that our career began.  We first met him in 1951 during the recording of our first foray into show business.  A programme starring Derek Roy entitled Happy Go Lucky, the biggest misnomer of all time.

It was a disaster.

The only good thing about it from our point of view was that it was so bad that anything anybody did could only improve it.  We wrote the last three episodes and thus got our feet on the bottom rung of the ladder from where the only way was up. Tony was in the only part of the show that we didn’t write. A sketch about boy scouts called The Eager Beavers.  Tony was the scout master and Dick Emery, Graham Stark and Peter Butterworth were the scouts.

All of them are now dead which was also nothing to do with us.

We progressed on to Hancock’s Half Hour for which we wrote around 160 episodes on radio and television. Tony was a dream to work with. Unlike most comics he never interrupted us while we were working.  Never came up with a joke or plot ideas.  He just let us get on with it.  “You’re the writers, you write, I’m the comedian, I’ll comede.”

Until The Rebel. Tony insisted on working with us on the storyline. We agreed. This was our first feature film and a big step in all our careers. And this is where 20 Queen’s Gate Place comes into play. Each day for a week we went up the stairs to his flat on the fourth floor and worked on the storyline. The Rebel was a big success. Helped in no small measure by the presence of George Sanders, one of the biggest names in Hollywood.  And a lovely man.

The era finished around 1960, by which time Tony had moved from Queen’s Gate Place to the countryside in Tandridge Lane, Lingfield, to a house called McConkeys. We always felt that with a name like that W.C.Fields should have lived there.

One final thing occurs to us that a man who steadfastly refused to do any blue material whatsoever should be remembered with a blue plaque.  Ironic but somehow apt.