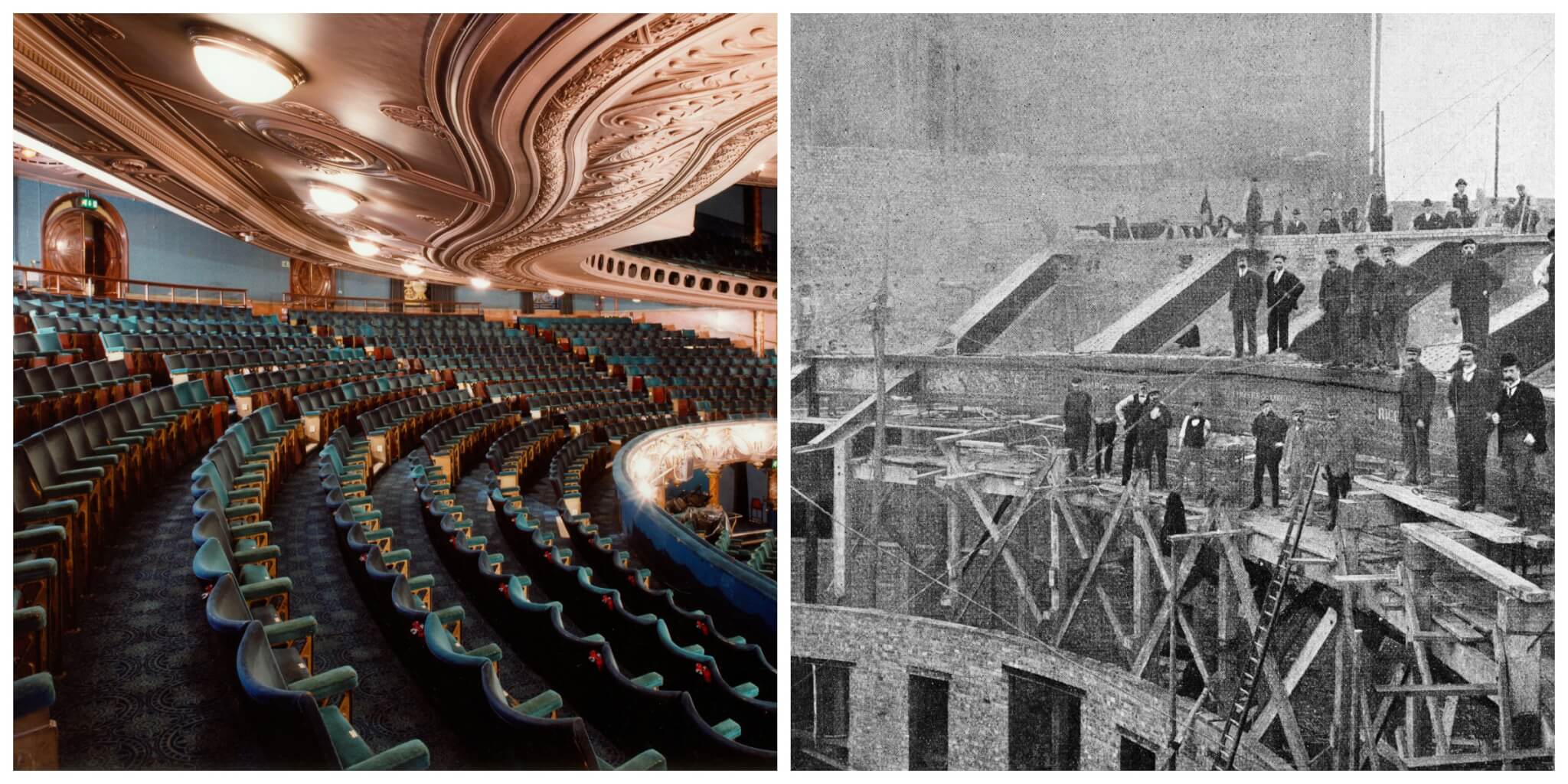 If you could put on a pair of X-Ray Specs and turn your gaze to some of London’s finest Victorian and Edwardian buildings, what do you think you might see? Assuming they were the real deal, and not the American novelty item that merely creates an optical illusion of seeing through or into solid objects, you might be surprised to see intricate metal structure within. On closer examination you might see columns, girders, beams, joists, trusses, bolts and rivets, all discreetly holding up important parts of the building like the floors, the roof, or even the walls. And if – still wearing your genuine X-Ray Specs – you could jump into a time machine, and hop out every decade from 1850 until 1910, what then might you see? Well, for one thing you would see an increase in the amount of metal construction.

You would also see, as the decades rolled by, a change in that metal, with cast and wrought iron giving way in the latter part of the 19th century to mild steel – the same metal that allows buildings such as the Gherkin and the Shard to dominate London’s skyline in the 21st-century. And, if you were especially sharp-eyed, you would see that some types of buildings used steel more extensively, and in different ways, than other types.

You would detect, for example, that by the Edwardian era the largest offices and hotels were being erected on gigantic skeleton frameworks of steel, that West End theatre-goers didn’t have to put up with view-obstructing columns if they patronized the latest playhouse, and that shoppers in the same district were able to enjoy the open-plan delights of the modern department store, such as Selfridges. Other building types – clubs, banks, houses, churches, warehouses, factories, fire and underground stations – were all variously affected as London, the world’s greatest city, entered ‘the age of steel’.

This anatomical change to London’s architecture wasn’t as dramatic as that which occurred across the Atlantic, in cities such as Chicago and New York, where the skyscraper was born. But it was profound enough for contemporaries to be aware of the changes around them. One architect saw it ‘as an era upon the threshold only of which we now stand’, noting that ‘Nothing in architectural history can compare in importance with this development since the re-discovery and application of the dome to buildings of magnitude by Brunelleschi and Michael Angelo at the Renaissance’. And it had sufficient force to make the London County Council (the administrative body that preceded the Greater London Council) pass a building act in 1909 that essentially sanctioned today’s steel-framed construction. Time would prove both right, for structural steel is still today’s high-tech material par excellence!

What excited me most about researching and writing about these changes was the sense of shining a light into the unknown. For a long time I’d been interested in metal construction and its relationship with architecture and engineering – stimulated, early on, by a mesmerizing lecture by Robert Thorne when I was a student at the Ironbridge Institute, and by an internship with the Historic American Engineering Record, documenting incredible bridges in mountainous Washington State. A few years later as a Investigator with the Threatened Buildings, London section of the RCHME, under Peter Guillery, I found myself with a caseload of interesting 1890s/1900s buildings that had one thing in common – early structural steel.

As I delved deeper it became apparent that this really was a neglected, ‘hidden iceberg’ of metropolitan architectural history, and a story that deserved telling. As it unfolded, I discovered how and why so much of London’s constructional ironwork was imported from Belgium and the Continent, why a new structural system – metal-framed construction – was only effectively realisable in steel, not iron, and why Edwardian London never produced skyscrapers, even though the technology existed. Immersing myself even further, I was confronted with the Victorians’ fears and philosophical concerns about iron, steel and framed-construction, the shifting power balance between architects and engineers, and the influence of American building technology, some of it direct, in the form of an ‘American Invasion’. Some of the research took me well beyond London, to Manchester and Scotland, for example, and to India.

I really hope this book will also appeal to a non-specialist audience. In America, the history of architecture, construction and engineering are bound closer together, as ‘building art’. If, like a pair of genuine X-Ray Specs, this book helps bring into focus some of the lesser-appreciated aspects of London’s Victorian and Edwardian building art, then that’s a splendid outcome. But equally, and like a pair of purported, novelty X-Ray Specs, it doesn’t – I’m afraid I can’t offer any money back. Truly seeing, after all, is believing!

Formerly a Senior Investigator in the Heritage Protection Department based in London, Jonathan Clarke is now a freelance historic built environment historian with particular interests in building materials and techniques. His new book, Early Structural Steel in London Buildings, is available to buy from our online shop.