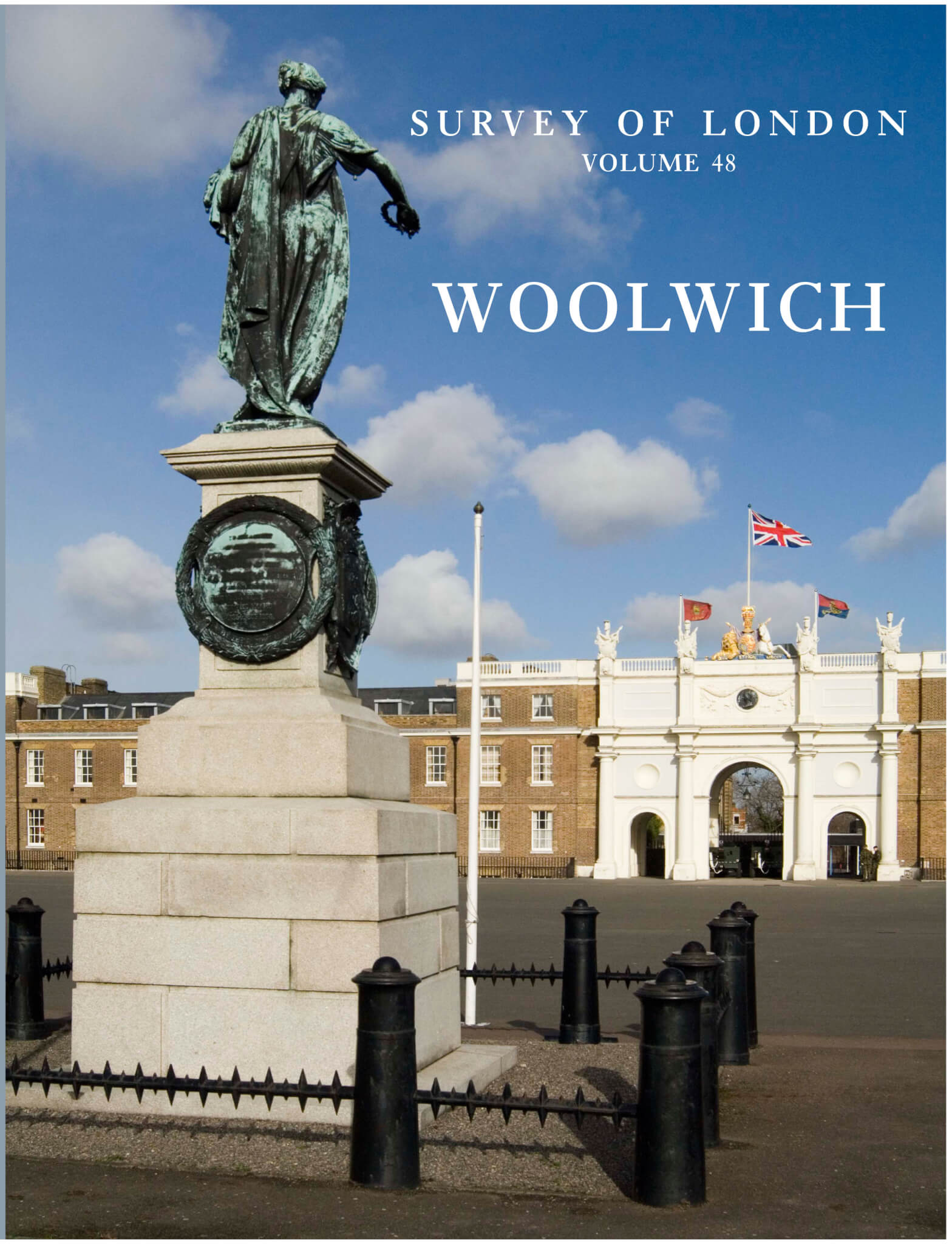 This month sees the publication of the 48th volume of the Survey of London, the leading reference publication on the history of the capital and its buildings. The Survey, founded in 1894, now gives us Woolwich, with a beautiful array of specially commissioned photographs, drawings, maps, plans, and wonderful historic images.

Woolwich is among London’s most intriguing districts, with a vigorously independent record. A Thames-side settlement with pre-Roman origins, it grew from Tudor times into a dynamic military and naval centre, crucial to the country’s defences. In the Royal Naval Dockyard and the Royal Arsenal, both beside the Thames, vast skilled workforces wrought ships and armaments in ever-expanding series of specialized structures, fully chronicled and analysed in this volume. In due course, pressure on space pushed the military to expand onto the open uplands of Woolwich Common. Here the grand set pieces of the Royal Artillery Barracks and Royal Military Academy survive, along with the training landscape of Repository Woods.

Between riverside and common, the town of Woolwich benefited from this military presence, but also struggled with poverty. It maintained a proud life of its own, expressed in buildings that include a noble Edwardian town hall set in an early municipal enclave; big co-operative department stores that represent a strong local history of mutualism; distinctive churches, including one by Pugin; and fine 1930s cinemas. Shops have thrived on Powis Street, and Woolwich has always been an important point for crossing the Thames – its Free Ferry still operates. Most of the domestic fabric is of post-war date and there are historically significant housing estates. Manufacturing departed in the 1960s and Woolwich declined. Since the 1990s there has been new investment, bringing great change.

This latest volume in the Survey of London’s parish series is the first on a south London district for many years. It draws together the area’s rich built history, aiming to omit nothing of significance, old or new, and to illuminate the fortunes of a community as well as its built fabric. The book is published for English Heritage by Yale University Press on behalf of the Paul Mellon Centre for Studies in British Art.  An associated exhibition has also been put up at the Greenwich Heritage Centre and will be on display until 9 February.

The Survey of London has never been so productive as in recent years with English Heritage. Next year will see the publication of a brace of volumes on Battersea to take the parish series up to 50. Beyond that, work is underway in Marylebone. You can find earlier volumes at British History Online.

0 comments on “Woolwich: from barracks & dockyards to cinemas & churches – the latest volume of the Survey of London”