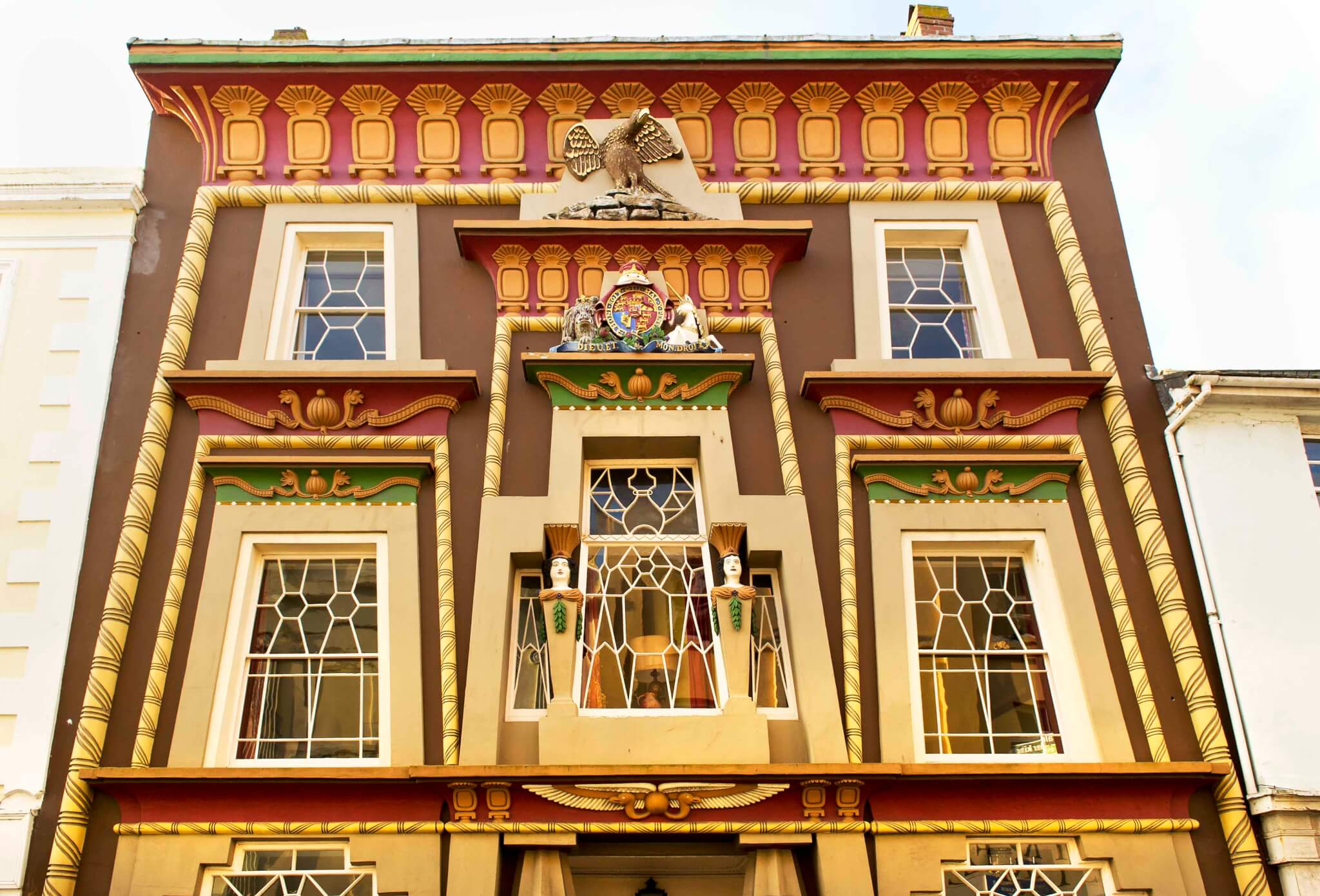 This exhibition does what it says on the tin, really. It’s about Egypt – in England. So, what does that involve? Well, it includes:

But I’m getting ahead of myself…

It all started more than ten years ago when I began researching London’s Egyptian connections, especially its Ancient Egyptian style architecture. Fast forward to the London Book Fair in 2009, when I pitched the idea to English Heritage Publishing, as a book called ‘Egyptian London’. They liked it, but asked if I could extend the scope beyond London. Sharp intake of breath on my part when I thought how long it had taken already, just for the capital city, but then I thought if I focussed on architecture and interiors, and took all the interesting stuff I had come across but put to one side because it wasn’t about London, we might be onto something.

We certainly were. After more research, criss-crossing the country from Lancaster in the north and Goodwood in the south to Penzance in the west and Boston in the east, what emerged was a story of our fascination with the pharaohs, the influence of Ancient Egypt on British culture, and the most tangible expression of that in the buildings and interiors it inspired – all told in a book that became‘Egypt in England’. Now the book has expanded into an exhibition of the same name, in the Tardis of galleries, the Quadriga Gallery, which has somehow been squeezed into Wellington Arch. It gave us the chance to find more wonderful images and objects, not just relating to the sites in the book, but new things which only emerged during our research for the exhibition.

Pyramids? Obelisks? Sphinxes? Maybe not what immediately springs to mind when you think of English Heritage, but they are part of our heritage, and it’s thanks to English Heritage and a great team of people who work for them that I’ve been able to tell the story of ‘Egypt in England’. The book is available now, and the exhibition in the Quadriga Gallery runs until 13th January 2013.

Chris Elliott – Author and Curator of ‘Egypt in England’

0 comments on “Pharaohs & sphinxes from Lancaster to Penzance: ‘Egypt in England’, the new exhibition at Wellington Arch”