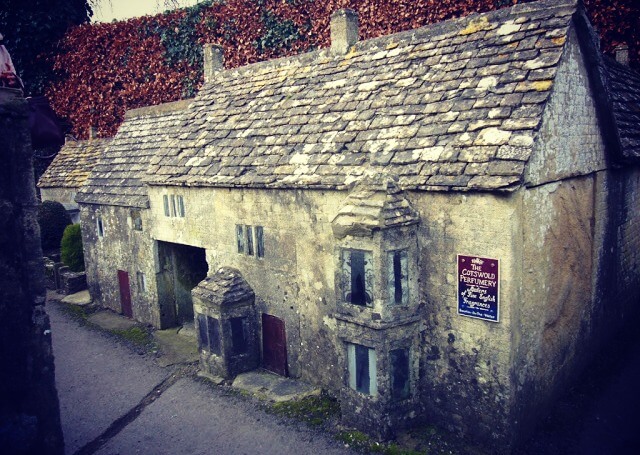 Deborah Williams heads the designation team for the Western part of the country. Today she tells us about the recent and unusual listing of the model village at Bourton-on-the-Water.

When you think of model villages, you may not think exquisite craftsmanship, a place in history and a Grade II listing but that’s exactly what you get with one of our most recent listings: Bourton-on-the-Water model village.

Here in the designation team, we consider whether to list all sorts of buildings, structures and historic places but the model village listing was one of the most unusual I’ve dealt with in a while. Built in 1936, Bourton-on-the-Water model village is a snapshot in miniature of a typically picturesque Cotswold village. It has been visited and enjoyed by generations and has now been formally recognised through listing for its rarity, craftsmanship and historical value by Heritage Minister Ed Vaizey.

When we consider somewhere for listing we’re looking for historical and architectural value – what makes that building unusual and special. We look for architectural flair, skill in building design, the quality of materials used and of course rarity. Bourton model village has all of these things.

Unlike most other miniature worlds, Bourton is an exact replica of the actual village it calls home. Unusually it was built by local builders, rather than model-makers, using authentic materials including locally-quarried limestone and miniature Cotswold stone slates. The models are so detailed, visitors are even able to see pews inside the parish church through delicately traceried stained-glass windows and recognise the waterways flowing through the village that use running water from the village itself. Many of the original buildings in Bourton-on-the-Water are listed themselves, with the oldest dating back to the 17th century. The skill of the eight craftsmen that spent five years creating the model village is so great their work provides an accurate record of the buildings and historic village as a whole for future generations.

The model village is also rare to have been built between the wars, most of those known today were constructed in the 1950s and 60s, or even later. The boom in motoring between the wars saw a sudden increase in travel within England. Mr and Mrs Morris, the couple behind the model village, wanted to create something to attract this new group of visitors to their pub, the Old New Inn, which is now also Grade II listed. They imagined a model village that would stand in the patch of green behind their pub and set about the painstaking task of measuring the village building by building and street by street. Since it was first opened in 1937, to celebrate the Coronation of King George VI, it has become one of the most popular places to visit in the Cotswolds.

Today the current owners have looked after the model village for the past 15 years and keep up with the changes to the real life Bourton in miniature. Hundreds of visitors enjoy walking around the village every year and it’s good to know our recommendation to list the site is helping visitors enjoy the miniature village for generations to come.

2 comments on “Listing on a Small Scale”