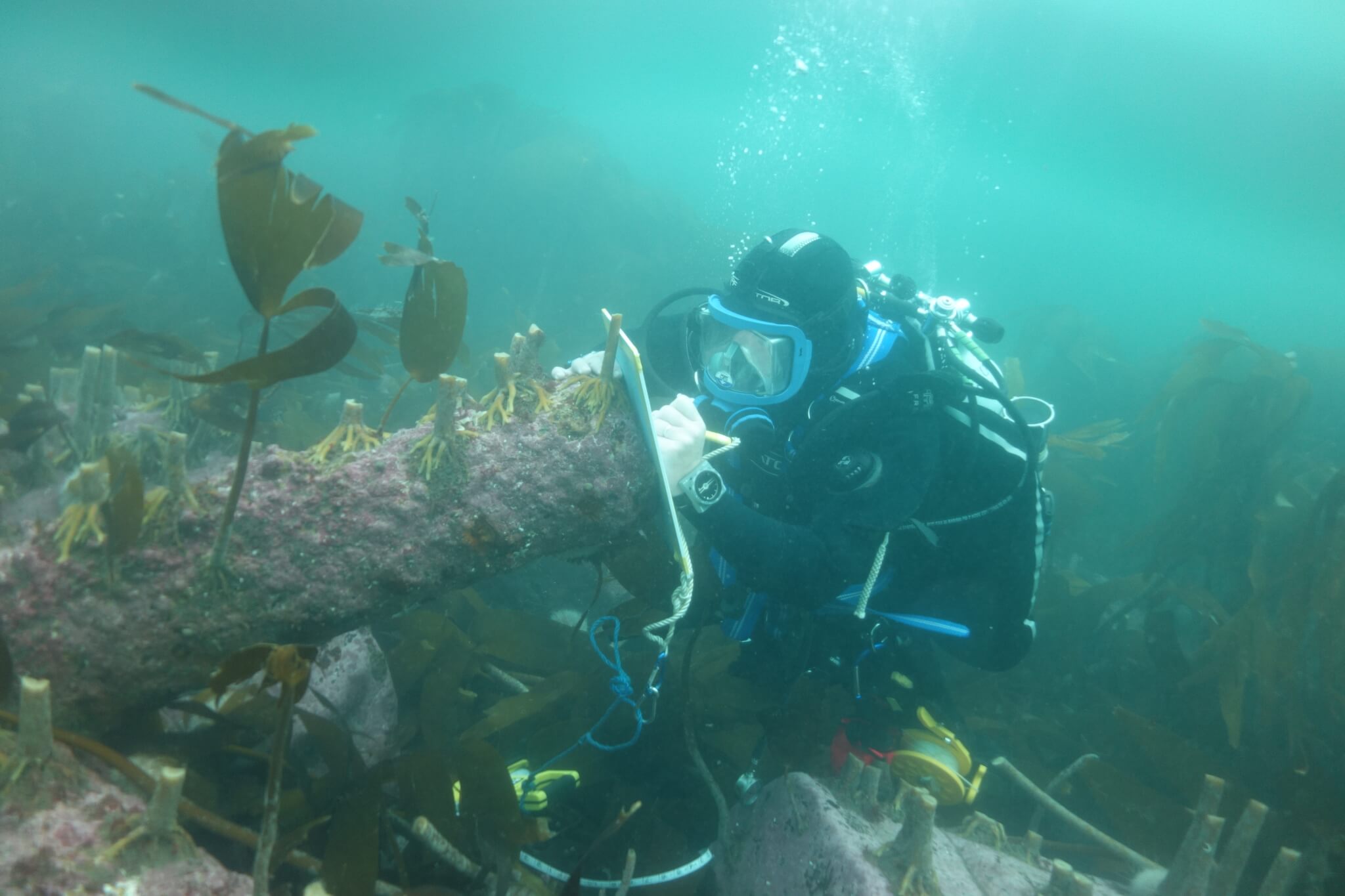 Mark Dunkley is a marine archaeologist within English Heritage’s Designation Department and is responsible for the protection of underwater archaeological sites. His work is receiving international interest for developing new and innovative ways to conserve and manage these fragile remains.

The identification of major environmental threats to cultural heritage and the built environment has been one of the core strands of our National Heritage Protection Plan with work already begun to assess the potential effects of climate change on the historic environment. To date though there has been very little consideration given to how climate change might affect archaeological remains underwater. Even at a European level, there is a paucity of references to underwater cultural heritage within studies of climate change impacts: most recently, the EU-funded Climate for Culture project addressed only the built heritage.

It is already accepted that for the UK’s marine environment the impacts of climate change include relative sea level rise, increased seawater temperatures, ocean acidification and changes in ocean circulation which will affect underwater cultural heritage.

Throughout this period, the effect of sea level rise on archaeological diving projects will be to incrementally reduce the amount of time (and therefore productivity) an air-breathing diver can spend underwater safely. For example, a 20% increase in diving depth can result in a 32% decrease in dive time.

UK waters have warmed over the past 50 years, at least partly because of human-induced climate change. UK Climate Projections indicates that UK shelf seas will be 1.5 to 4 °C warmer by the end of the 21st century. The upper ocean to the west and north of the UK has become saltier since a fresh period in the 1970s, but trends within the shelf seas are less clear. However,  ‘warmer oceans’ indicates more energetic oceans so that erosion in shallow-water contexts may be enhanced, controlled by the seabed topography around the UK.

One particular effect of ocean warming already visible in UK waters is the northward migration of invasive species; of particular interest is the blacktip shipworm Lyrodus pedicellatus. Lyrodus p.is a species of shipworm that is active all year and has begun to invade the UK from more southerly latitudes as a result of sea temperature increase. It has been recorded off Cornwall, Langstone Harbour in Hampshire and on the Mary Rose protected wreck site in the Solent and in 2005 it was recorded on the coast at Sandwich, Kent. Considered to be a major threat to wooden wrecks and other wooden structures, the GB Non-native Species Secretariat (NNSS) does not yet identify Lyrodus p. as an invasive species to the UK.

The oceans play an important role in mitigating climate change, taking up and storing about a quarter of anthropogenic CO2 emissions through a combination of biological processes, solubility, and circulation patterns. However, dissolving excess atmospheric CO2 in surface waters has already noticeably increased their acidity and this may in turn affect the ocean’s ability to take up further CO2. Further chemical changes to the oceans will ultimately depend on the emissions pathway that society takes.

The direct effects of acidification upon the stability and condition of exposed wooden structures and iron and steel shipwrecks are not well understood, though decreases in ocean pH have the potential to increase current rates of metal corrosion.

It is believed that changes in ocean temperatures and wind patterns, resulting from the combined effects of overall climate change, will affect and alter oceanic currents. However, the large-scale circulation of the Atlantic, which helps to maintain the relatively temperate climate of Northern Europe, has shown high variability in recent years but no clear trend.

Other circulation patterns are likely to be as variable in the future as they are today, being mainly controlled by the complex topography of the seabed around the UK, as well as by highly variable tides, winds and density differences.

Understanding the impacts and effects of climate change is necessary to help us manage the marine historic environment in the future. We are therefore planning work to firstly understand the full extent of invasion by the Lyrodus p. shipworm and secondly to better understand the effects of chemical attrition on archaeological remains underwater by working with the UK Ocean Acidification Research Programme.

We need to ensure that we take full account of the findings of the latest UK Climate Change Risk Assessment, relevant national adaptation programmes and the latest set of UK Climate Projections. We also need to be mindful about balancing the scale of the effects or possible effects of oceanic climate change and we recognise that more work needs to be done to clarify this balance so that our priorities can be determined.